Live from inside the NBA bubble, it’s Winnie Harlow.

On Sunday, the 26-year-old model watched as boyfriend Kyle Kuzma and the Los Angeles Lakers topped the Houston Rockets in Game 2 of the western conference semifinals, 117-109. The series is now tied at 1-1. 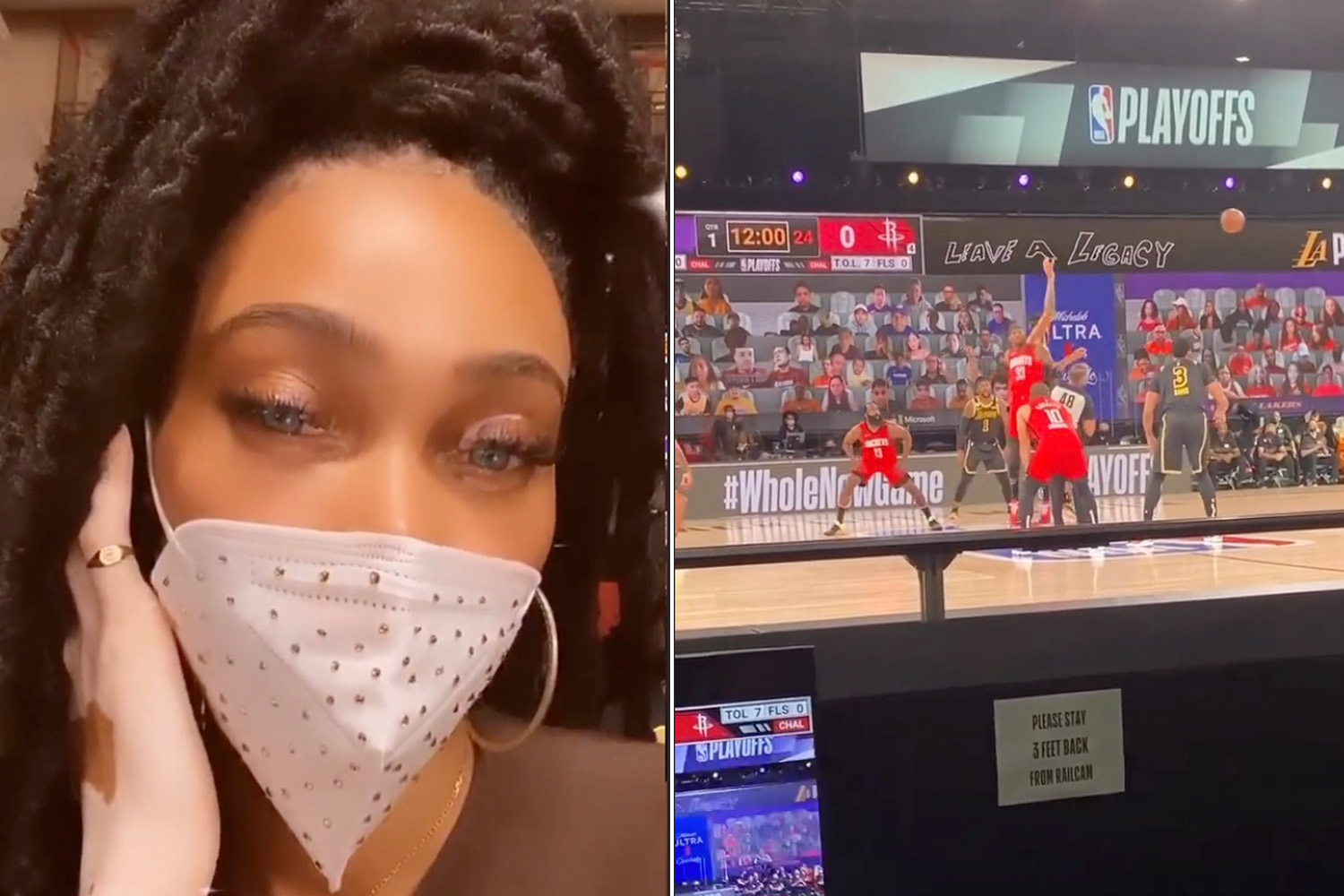 Harlow, who has been dating 25-year-old Kuzma since May, also posted a photo of the final score.

“Krushing on @Kuz,” Harlow also shared on her Instagram story.

Last week, Harlow documented her arrival at the NBA’s Orlando bubble, previously sharing a video of her COVID-19 nasal swab test. Over the weekend, Harlow also posted a pair of sizzling bikini shots, which didn’t go unnoticed by Kuzma.

“What’s on the menu..,” Harlow posted to Instagram, with Kuzma later responding, “Look like you on the menu.”

Kuzma and the Lakers have been lodging at the Gran Destino Tower at Disney’s Coronado Springs Resort since the NBA’s restart earlier this summer.