Woman, 24, who has battled eczema since childhood claims she ‘cured’ the condition after using a £7.99 ‘miracle’ cream for just two WEEKS

A woman who has battled eczema since childhood swears she has finally found relief, thanks to a £7.99 cream.

Amy Roberts’ skin condition was so severe that one of her earliest memories is of being put to bed swaddled in cream-covered bandages to soothe her irritated skin.

After trying over 30 different prescribed lotions – including steroid creams – with little effect, the 24-year-old swore nothing could temper the angry itchy, cracked skin, caused by increased activity in the allergy side of the body’s immune system, which had tormented her throughout her life.

But earlier this year nursery worker Amy, of Glasgow,  stumbled across Balmonds chemical-free Skin Salvation cream, made of hemp, beeswax, olive and sunflower oils, which she has hailed as a miracle. 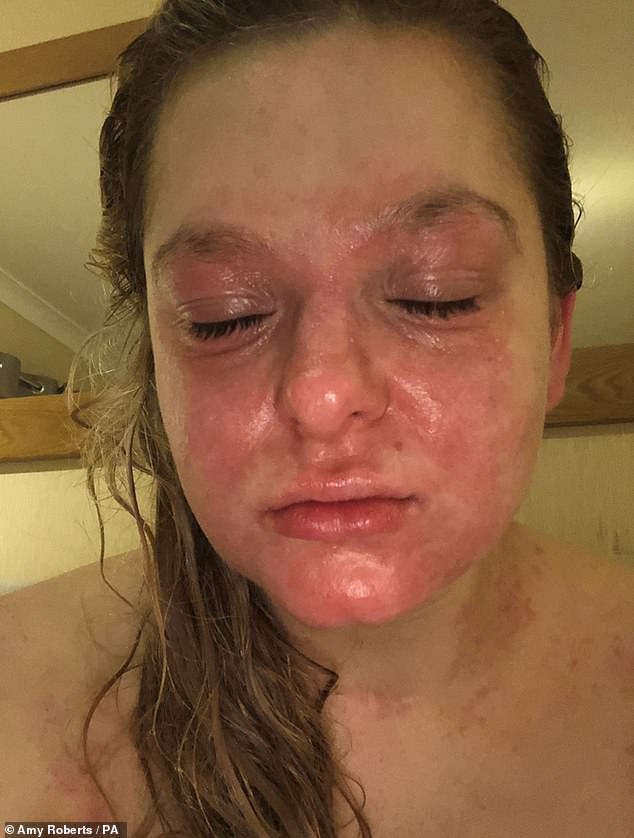 Amy, of Glasgow, who works in a nursery, stumbled across a natural cream, made of hemp, beeswax, olive and sunflower oils, which she has hailed as a miracle. Pictured before using it 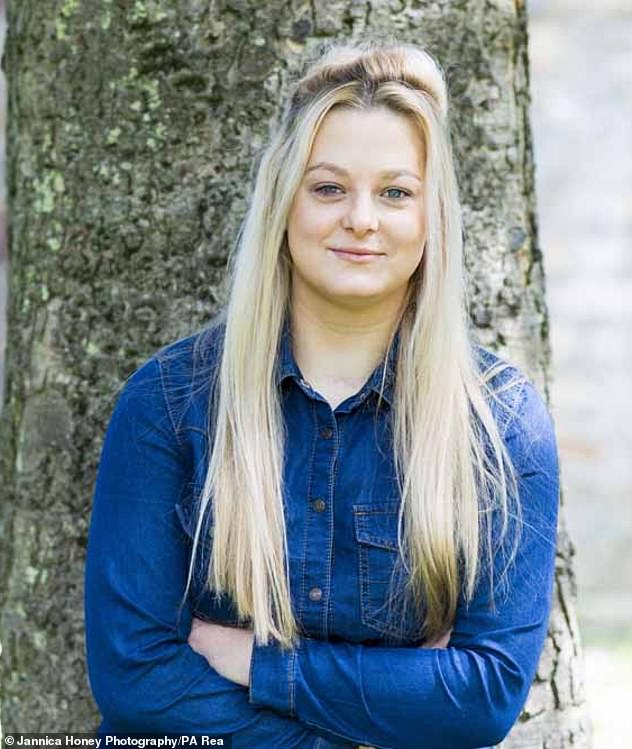 After trying over 30 different prescribed lotions – including steroid creams – with little effect, Amy Roberts, 24, swore nothing could temper the angry itchy, cracked skin

After using it every day for two weeks, Amy said the change was so remarkable, people even commented on how much better she looked, saying: ‘My skin completely changed.

It stopped feeling fiery, stopped flaking and people even started to compliment me – telling me my skin looked really nice.’

Over the years, Amy’s eczema has had a traumatic impact on her life.

At school, she remembers dreading getting undressed for games, saying other children would stare at her.

‘I suppose I isolated myself, especially at High School, because I knew I was different and felt self-conscious about my eczema,’ she said. 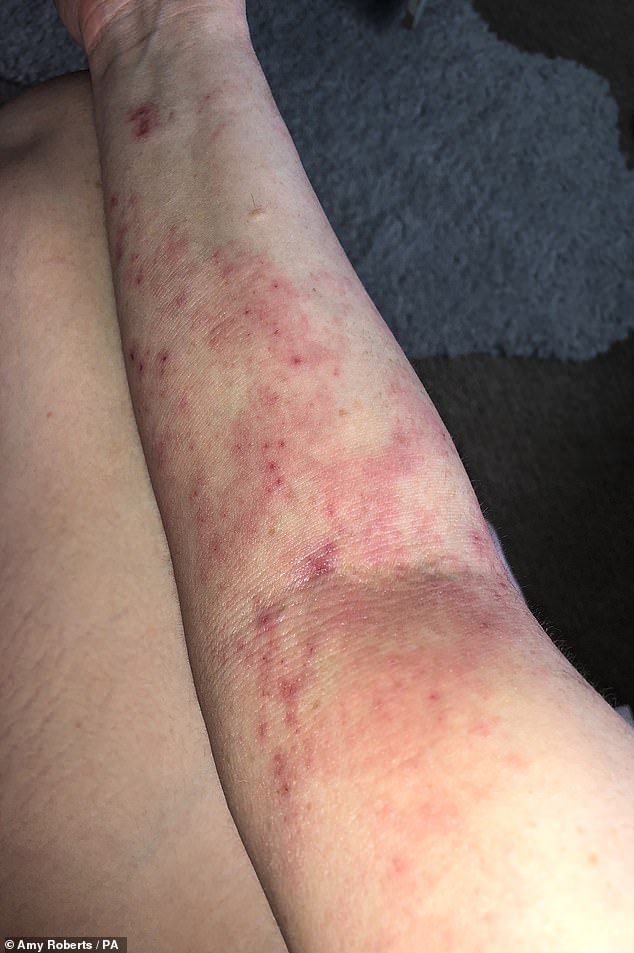 ‘Now I’ve started an Instagram page, to show other young people it is okay to have eczema and to show it off,’ said Amy, showing the condition on her arm, here

‘I remember other children not wanting to hold my hands, because my skin was so dry and cracked.

‘I didn’t have the power or support of social media, from other eczema sufferers sharing their stories, so it was very isolating. 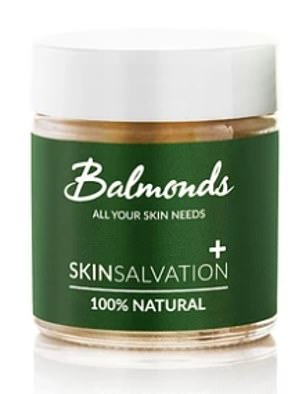 Amy credits the £7.99 cream, pictured, with helping to cure her skin condition

‘Now I’ve started an Instagram page, to show other young people it is okay to have eczema and to show it off.’

One thing she never allowed her self-consciousness to prevent her from doing was Irish dancing.

Once a frequent competitor in Irish dance championships, while she no longer enters them, she still enjoys the activity, saying: ‘I like the fact you wear a dress with long sleeves.

‘This means I’ve always been able to cover my eczema, especially as you also wear poodle socks, which come up to the knees, so there is not much leg flesh showing either.’

With eczema flare-ups sometimes covering her whole body, Amy, who lives with her mother, Gill, 47, an officer manager, father, Charlie, 51, a construction worker, brother, Aaron, 19, an office worker, and fiancé, Dylan Mackenzie, 22, a Starbucks barista, says that – especially on her face – her skin feels like it is on fire.

‘My skin will feel like it is burning,’ she said. ‘Sometimes it’s been so bad that only a very hot shower has relieved the pain.’ 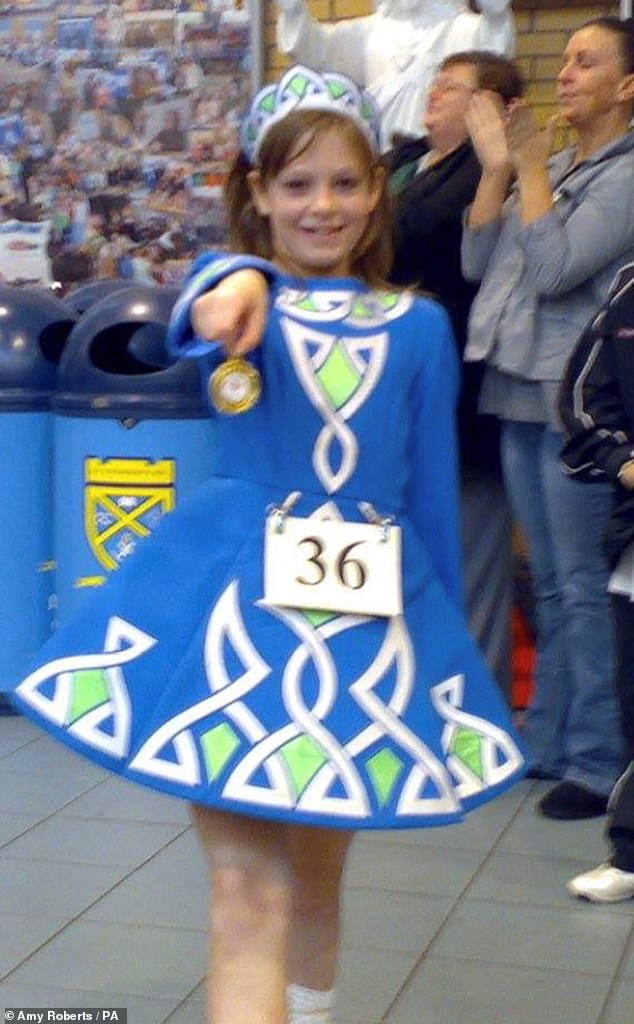 One thing she never allowed her self-consciousness to prevent her from doing was Irish dancing, she says because the costumes covered her arms

Tired of covering up her arms and legs, for fear of offending other people because of the state of her skin, Amy, who when tested discovered she was ‘allergic to just about every known allergen,’ decided to visit Glasgow’s Health and Allergy Show earlier this year with Dylan.

Perusing what was on offer, she found Balmonds chemical-free Skin Salvation cream, costing £7.99 for 30ml and, after reading how the traditional balm was good for eczema, decided to try it.

‘It was amazing,’ she said. ‘After a few weeks, my skin was feeling much better.’

The 24-year-old pictured with her boyfriend Dylan. Amy is currently also receiving an eight-week course of light therapy treatment at her local hospital

Amy, who is currently also receiving an eight-week course of light therapy treatment at her local hospital, which involves being blasted with intense light for 10 seconds three times a week – building the exposure up to 35 seconds, now says she will never return to using prescribed lotions.

She said: ‘I can see where I’ve used those prescribed creams, on my hands and around my eyes. The skin there is definitely thinner, so now I try really hard not to use steroids and to find other treatments like the Balmonds cream, that won’t harm my skin.’

Amy, who chronicles what life is like living with extreme eczema on Instagram, hoping to help other sufferers to feel less alone, is now keen for other people with the skin condition not just to settle for what the doctor ordered.

She said: ‘I just don’t want to use the prescribed creams anymore.

‘I used to think the doctor must always be right, but now I realise I can find some great treatments, if I go out and look for them myself.’