Ring camera footage shows a man matching the suspect's description with an axe around the time of the murder.

A Connecticut mother of three was murdered this week by an ex she obtained a restraining order against just days earlier, say police.

40-year-old Julie Minogue was found dead in her home December 6th in Milford, CT after her 17-year-old son called police stating his mother was being assaulted by a male inside their home. He later told police he heard a man screaming, ran downstairs and saw a man — later identified by authorities as her ex, 42-year-old Ewen Dewitt — standing over his mother with an axe in his hand “and blood all over.”

The teen then reportedly ran upstairs, locked himself in his bedroom and called 9-1-1, before jumping out of his window in fear.

By the time police arrived, the suspect had already fled the scene. Court documents (via FOX61) said an axe was found near the victim, while Minogue’s 3-year-old son was also home at the time of the attack.

Ring footage from a neighbor — via the New Haven Register — shows a man carrying an axe in the area around the time of Minogue’s murder. Police said the person in the video matched Dewitt’s description.

The suspect’s mother called police and said he called her, confessing to killing his girlfriend. After witnesses saw someone matching Dewitt’s description, he was apprehended inside a food truck and taken into police custody. 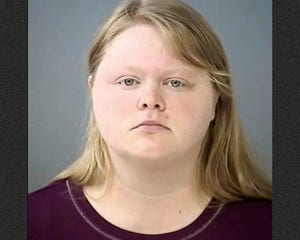 Milford Police confirmed they previously arrested Dewitt in November 2019 for assaulting Minogue, who was issued a protective order at the time by the court. Police confirmed Minogue was then granted a full no contact restraining order against Dewitt just days prior to her murder, on December 1, after she said he was sending her “harassing text messages.”

According to FOX61, her complaint read, “I don’t feel I should be subjected to this abuse any longer. I am scared for the safety of my children and I. Ewen has got himself into a lot of trouble with drugs and alcohol, and I’m scared he’s going to kill me.”

“Even without that, I would argue that the case against the defendant is very strong. There is surveillance footage. There is a 17-year-old witness to part of this incident. It is a very serious case and I think it warrants a very serious bond,” added prosecutors.

Dewitt’s attorney reportedly requested bond to be set at only $500,000, noting “mental health concerns about his client, who he said is also a veteran of the U.S. Marine Corps.” He has been placed on suicide watch, with a hearing set for December 14. 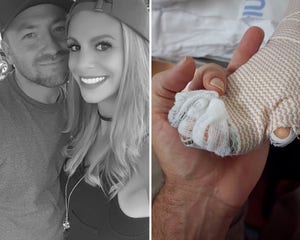 Florida Mother Dead After Gas Can 'Exploded in Her Hands', Injured 11-Year-Old Son