Being an influencer sent me to rehab: Viral star Deliciously Stella who pokes fun at stars’ perfect posts reveals she was dropped by her agent and lost 50,000 followers when she started posting less after stint in The Priory

She became a social media sensation thanks to irreverent snaps mocking the polished perfection peddled by so many celebrities and influencers, but viral star Deliciously Stella has revealed that even an ‘honest’ profile can take its toll on your mental health.

Bella Younger who lives in London, told Femail that the pressure for her posts to meet her followers’ expectations left her feeling like a failure when they didn’t rack up enough likes.

She would cry to her parents about how lucky she was to be an influencer, while also battling stress and insomnia, which eventually led to a stint at The Priory.

Bella admitted that likes and followers were the only thing that made her life feel worthwhile, and that even while undergoing treatment she staged a photo shoot to make jokes for social media because her identity and career revolved around the platform. 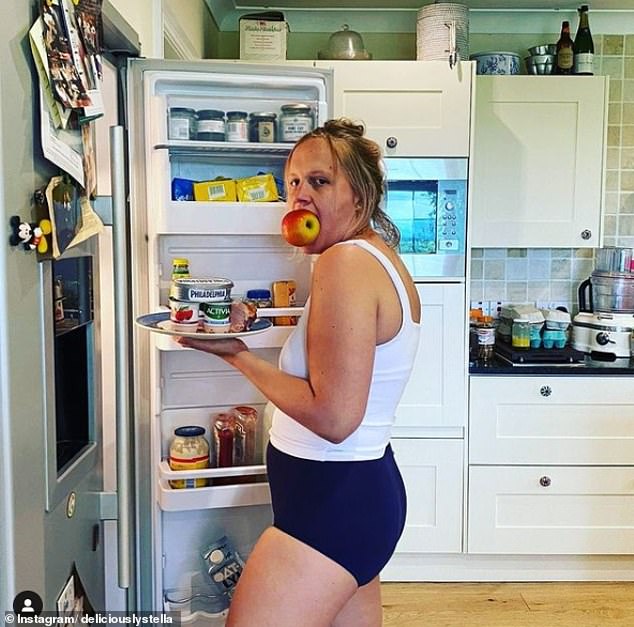 Bella Younger (pictured) who lives in London, has revealed she’s quit her social media career because of the impact it has had on her mental health 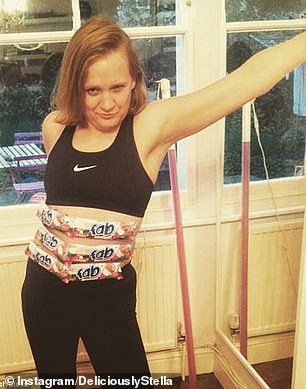 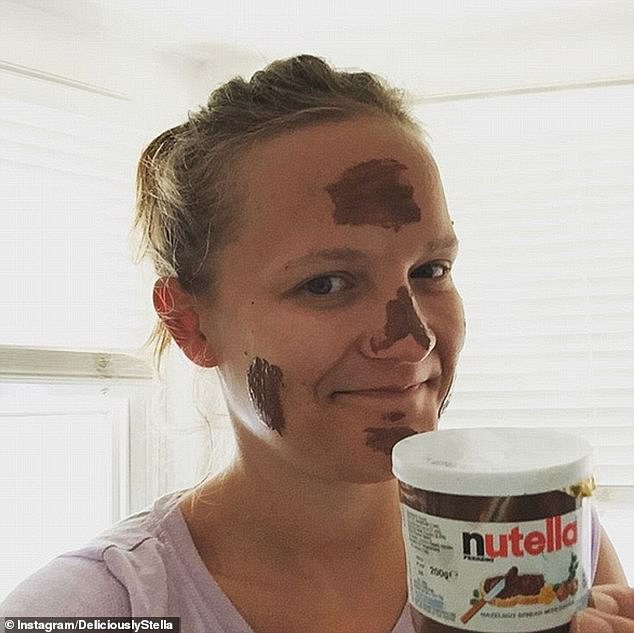 Bella (pictured) said she experienced insomnia and stress, while trying to maintain her likes and followers

Bella had just 200 followers before she turned her account into a brand, racking up thousands of followers within just weeks of starting to mock influencers who promote the clean eating trend.

She told Femail: ‘Before going viral I had posted on Instagram about six times over the course of more than a year.

‘I just didn’t use it. I didn’t think it was for me. When I started Deliciously Stella, I decided to treat getting more followers like a game.

‘I posted every day without fail, knowing that consistency was the key to growth. I treated Instagram like Candy Crush. Every thousand followers unlocked a level in my mind.’ 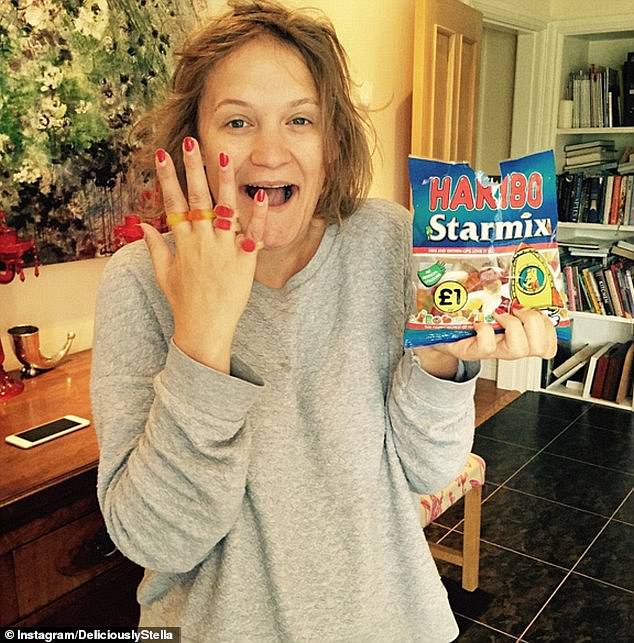 Bella was able to quit her job as a researcher in food TV, as she began to receive freebies, sponsored content and was invited to glamorous press event as a result of going viral.

‘I started being offered money for posts when I had around 20,000 followers and my posts were getting roughly 1000 likes and thousands of comments. I didn’t start posting sponsored content until after I went viral the second time. I gained 70,000 followers overnight and it started to make sense,’ she said.

The writer explained that it became increasingly difficult to top each joke and she had to dedicate herself to getting interaction and followers, despite being aware of the negative affect it was having on her mental health.

Bella told how the time taken to make her posts varied, saying: ‘Sometimes, the idea would come to me and all it would take was a five minute trip to the shops and a photo, but other times it could last all day. Setting up the shot, buying props and goading someone into filming me could take hours.’ 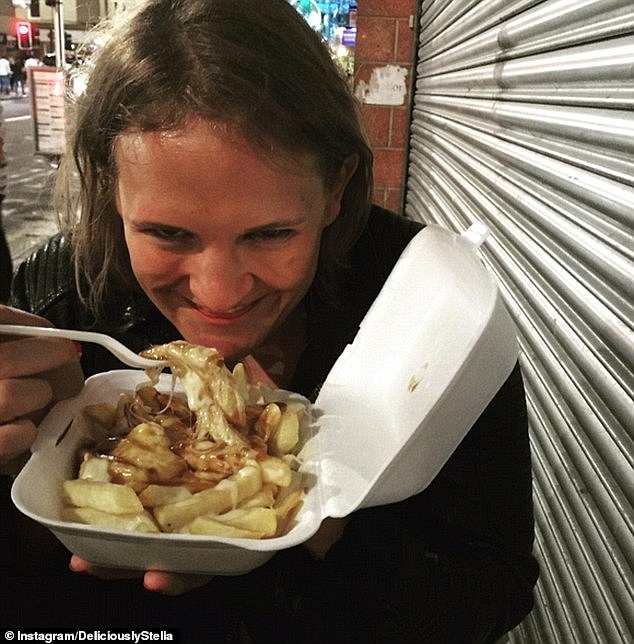 Bella claims there was always something to promote and a substantial amount of money being offered in exchange for making a joke.

Feeling trapped by the character she created, she revealed her decision to stop branding herself came at the height of her career while on a press trip in LA.

Bella said the experience made her feel ’empty’ and she had lost sight of the intentions that she had when she started out.

The writer decided to start using social media in moderation because she was unable to go cold turkey while it was her main source of income. 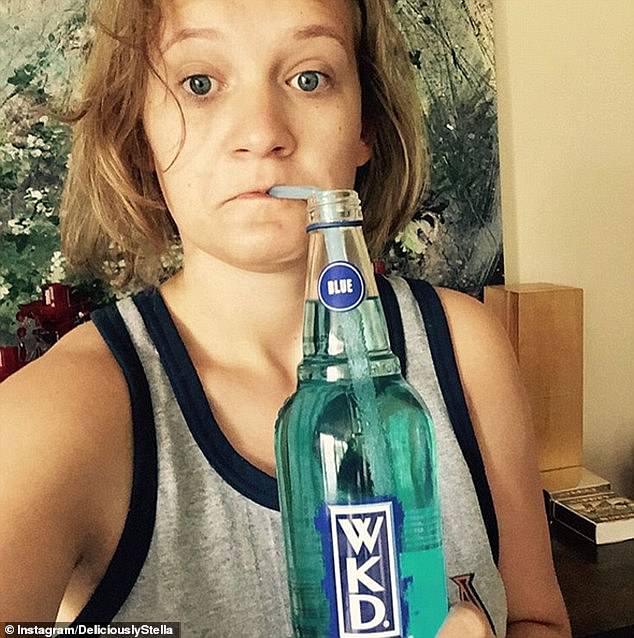 ‘I no longer have an agent, but I didn’t lose any friends. My real friends were relieved that I chose happiness over notoriety and friendship over followers. My family know that I am now the happiest I’ve ever been.’

Bella said she stopped training herself to wait for the audience after posting and appointed herself blocks of time to use social media.

She continued: ‘I wouldn’t take anything back because I think the experience was important. I wouldn’t have a writing career or have been able to taste the fame I thought I wanted.

‘I now know that I’m not suited to a lifestyle where I offer myself up for constant judgement and I’m OK with that. It’s made me who I am, and sometimes you need to try something to find out for sure its not for you.’ 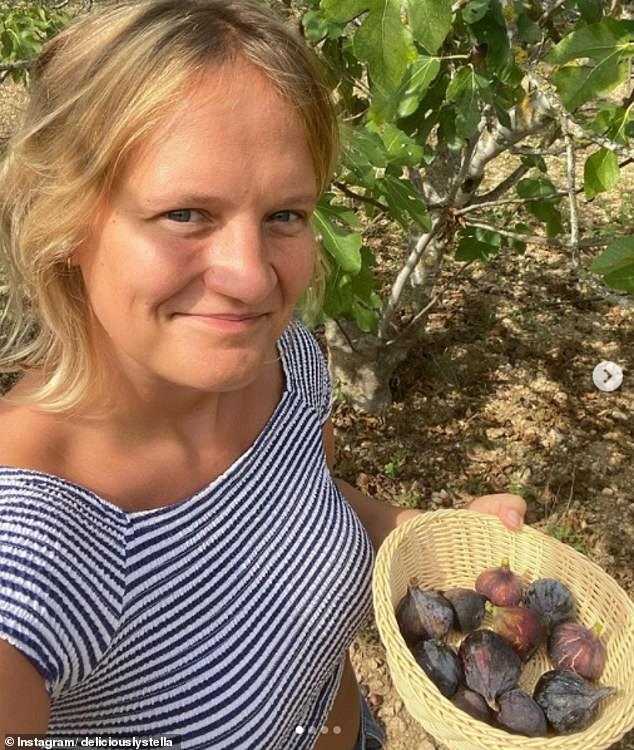 Bella (pictured) trained herself to use social media in moderation, as she was unable to go cold turkey because it was her main source of income

Bella explained not all influencers that she met during her time in the profession have had the same experience, saying: ‘Most seemed happy, and some struggled with their mental health, but that is true of all people in all industries. Different people react differently to different situations and I wouldn’t want to generalise based on my experience.

‘That being said, lots of people felt like they were under an enormous amount of pressure to keep engagement high and many seemed lonely. The quest to gain likes is one you largely take alone.’

The writer has penned a book about her experience, titled: ‘The Accidental Influencer: How My Need To Get Likes Nearly Ruined My Life’.

Bella added: ‘I want teenagers and parents of teenagers to read this book. I want them to think about their relationship with these apps, with likes, with validation. I want them to ask themselves what likes mean to them, how they affect their mood and whether they compare themselves to their peers in an unhealthy way.

‘What happened to me might appear to be extreme, but likes are as addictive as any substance. We’re handing people access to pocket dopamine. It’s time we thought seriously about what social media is doing to our brains. ‘