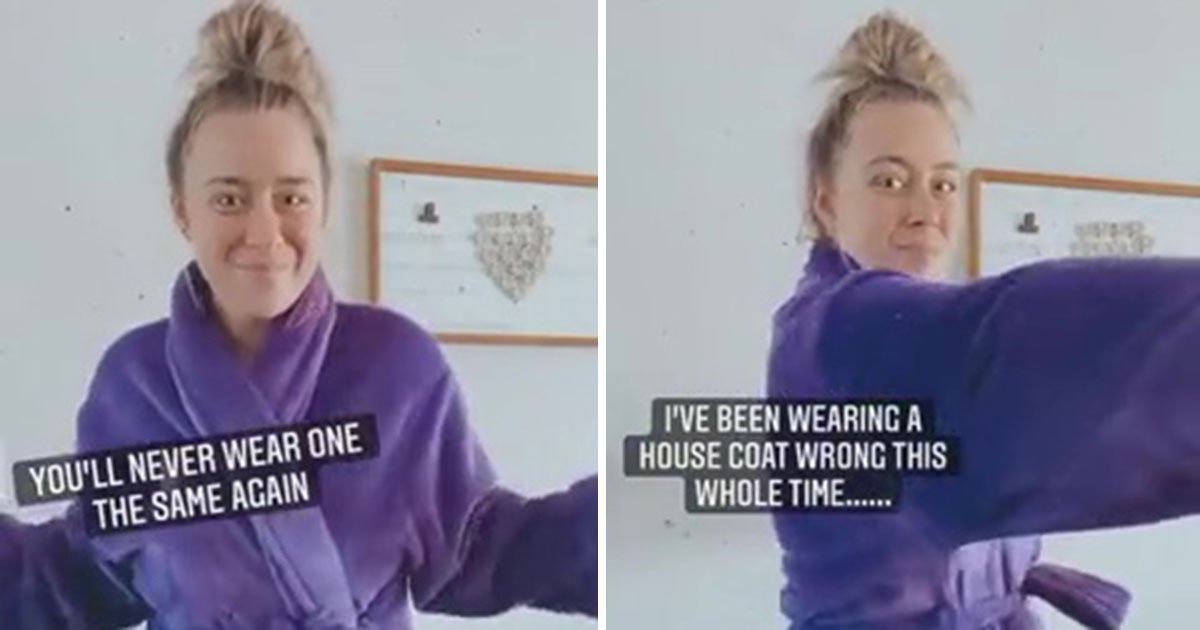 A dressing gown is essential for working from home in cold weather.

But it’s frustrating when it seems to come undone all the time.

So one woman has revealed an easier way to tie it and keep it tight.

Megan Garland, who is originally from England but now lives in Canada, posted a clip on TikTok at the end of last year showing her technique, but people are sharing it online now.

She shows how she takes the belt for her dressing gown and puts it through the loops, with it sitting at the front rather than the back.

She then puts the ends together and ties in a bow.

It means it doesn’t pull the rope at the back when you move around and keeps it more secure.

Some people loved the idea and said they’d be following this technique from now on.

One person commented: ‘This is way better. Thank you. It feels much more comfortable.’

Another added: ‘Omg I wondered why mine always untied itself.’

Someone else wrote: ‘Definitely more secure and discreet for the day spa.’

Others were confused though and said they didn’t really see the benefit.

‘It seems more complicated. How do you get it off?’ One said.

‘How do you get it on and off? Unloop the belt each time? You underestimate my laziness,’ another added.

One other person simply said: ‘I tried it and didn’t like it.’

But one of the most popular comments on the video of the hack was about how Megan called the garment a house coat.

While many were baffled and told her it’s called a dressing gown or bath robe, others said they use the same term.

Megan said that they use housecoat in Canada but sometimes she says dressing gown because she’s originally from England.