Do roo come here often? From a reclining kangaroo to a ‘winking’ tiger, hilarious gallery reveals the most flirtatious animal poses from around the world

These confident animals are certainly not afraid of showing off their ‘good side’ and striking their best poses for the camera in this hilarious gallery.

From a tiger boldly ‘winking’ at a photographer to a rare white rhino in Africa seemingly blowing a kiss, all the creatures great and smaller are determined to pull out their best come-hither looks.

Also pictured is a gorilla who lives in Prague with a charming smile and a beautiful lion cub in Masai Mara, Kenya, seductively resting a large paw under its chin while the camera snaps her picture.

The cheeky selection of images also features an Australian koalas smooth pose in a tree, a captivating squirrel from California and another squirrel that looks like it has a sixpack in Hertfordshire.

And it’s not just the land animals who share their flirtatious looks, a white Beluga whale is seen sweetly blowing a beautiful heart-shaped bubble to visitors at Harbin Polarland in Harbin, China and a seal laughs in another shot.

Others in the gallery boast impressive hairdos, for example a lion is seen feeling the wind through its mane and a horse from Mongolia with amazing hair which parts perfectly across its face. 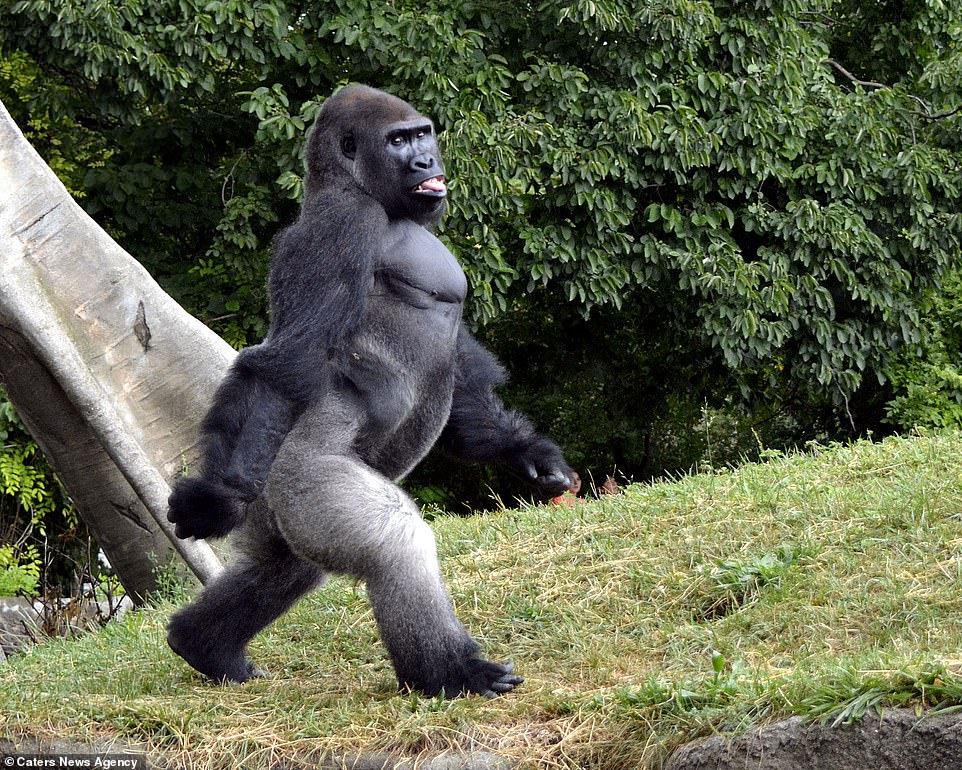 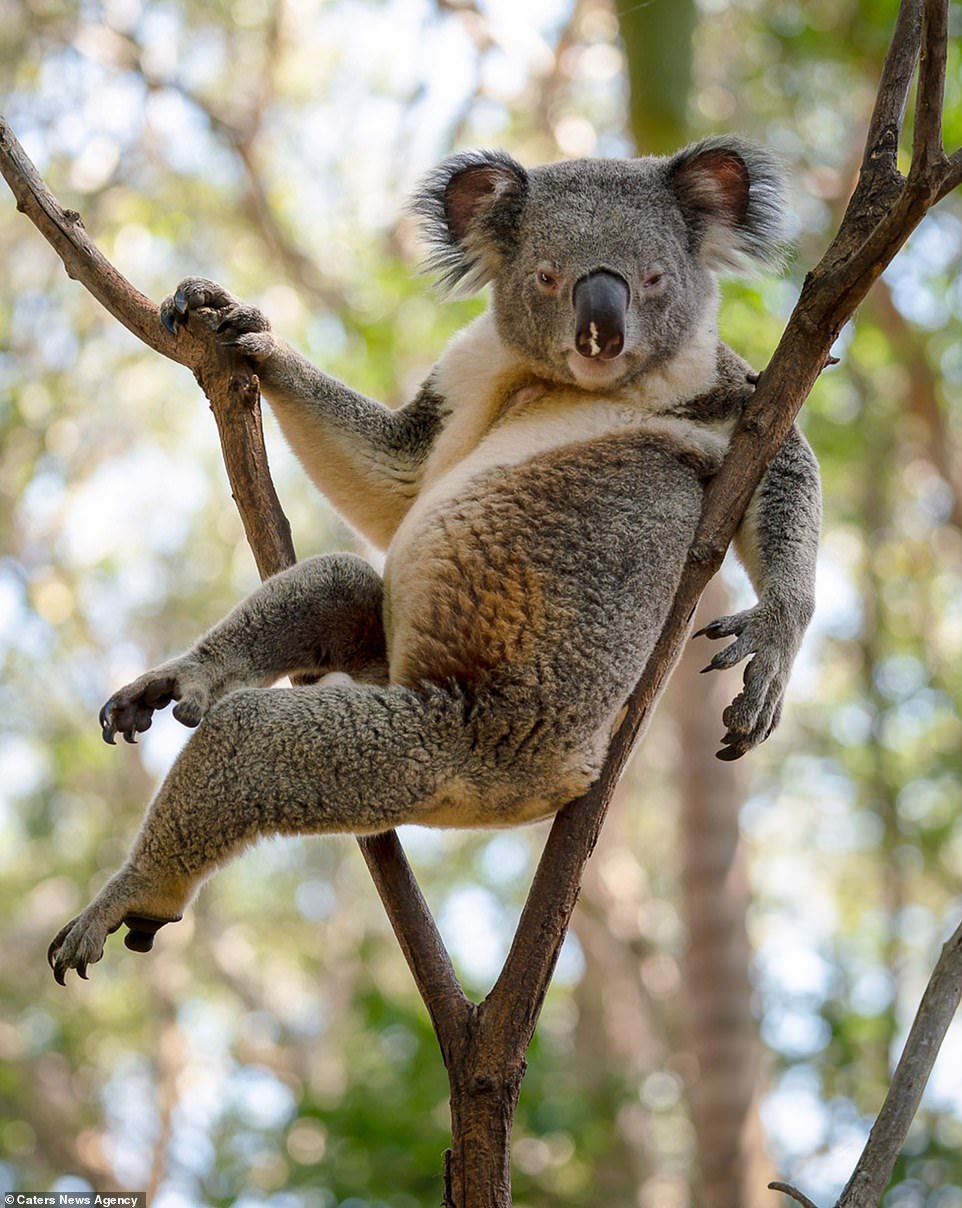 A koala seductively poses in a tree by holding onto one branch and looking at the camera in Queensland, Australia in February 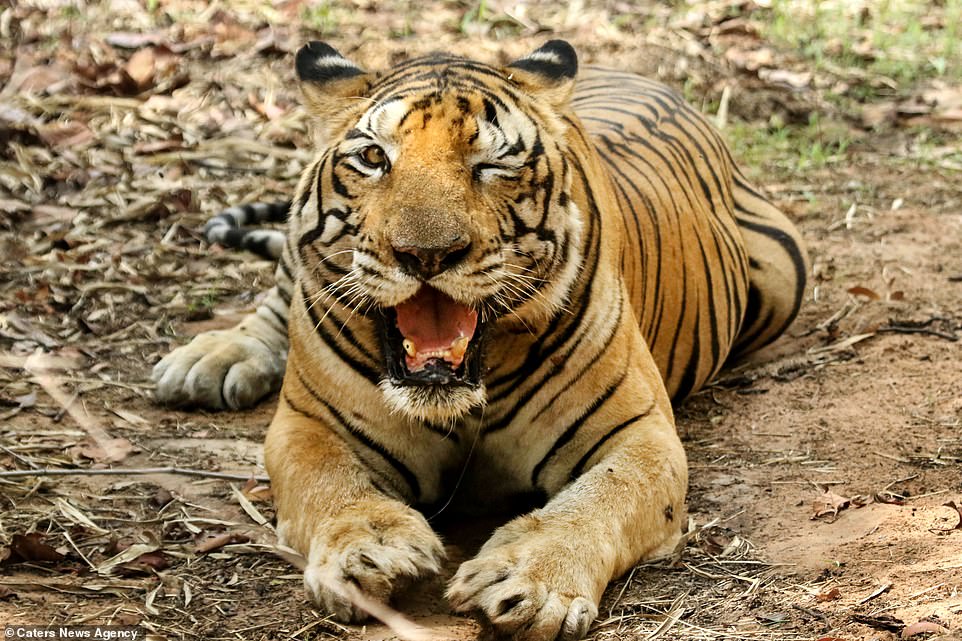 A self-assured tiger winks at the Bandhavgarh Tiger Reserve, in India and shows off his big teeth and tongue in a photo shoot 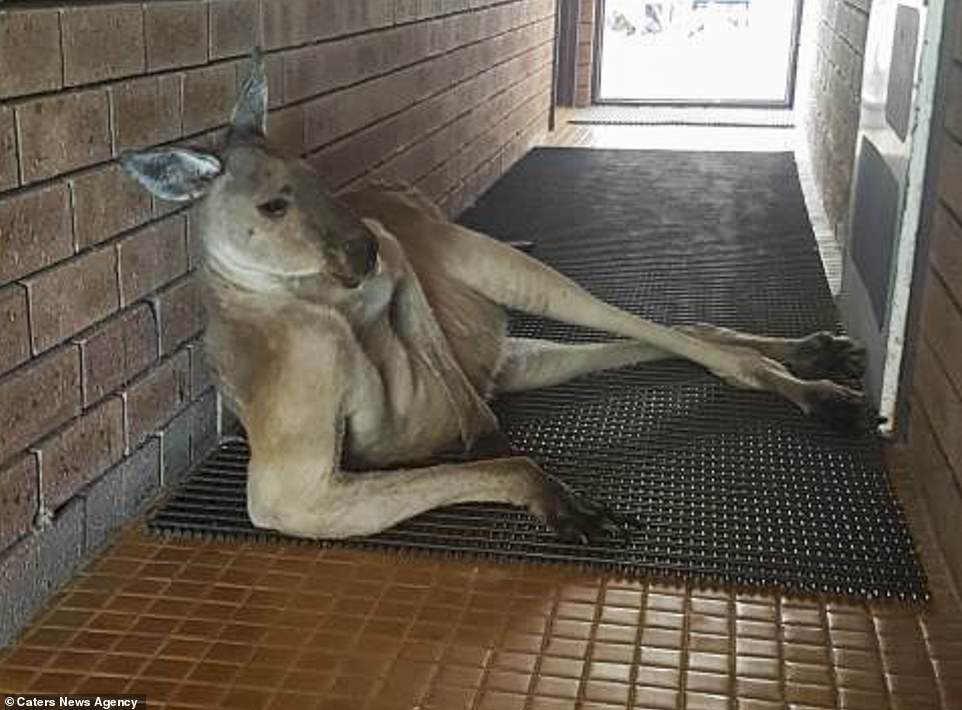 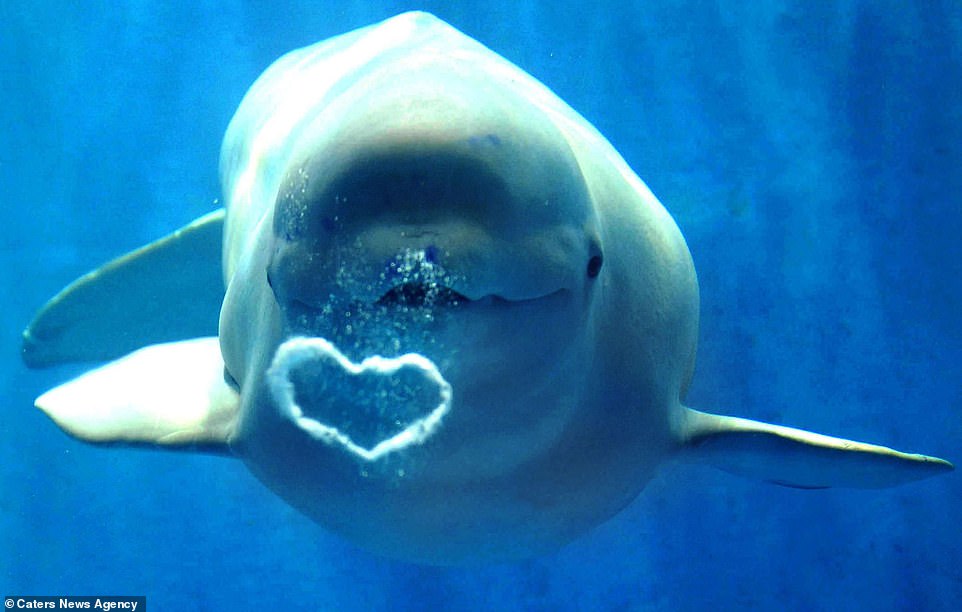 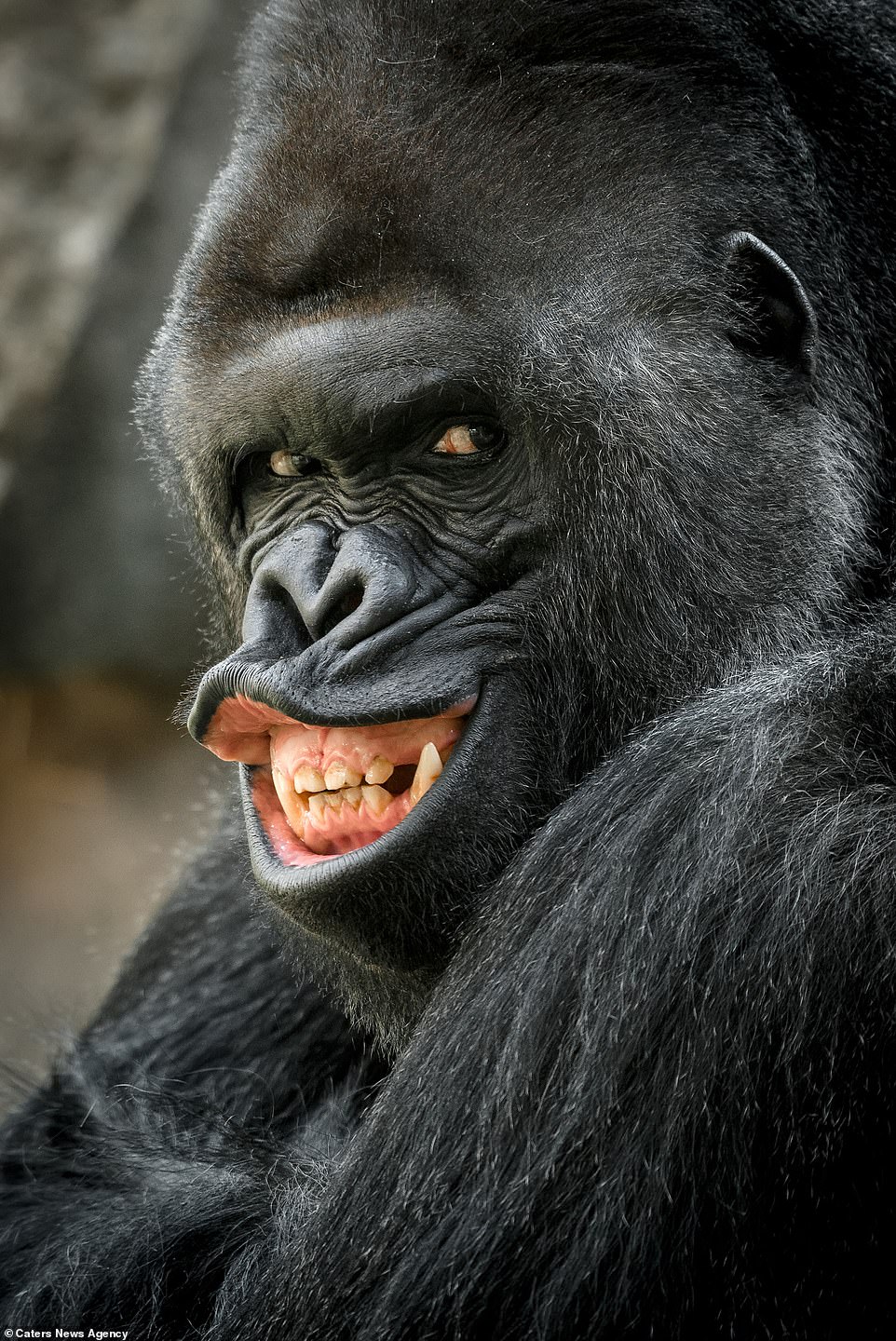 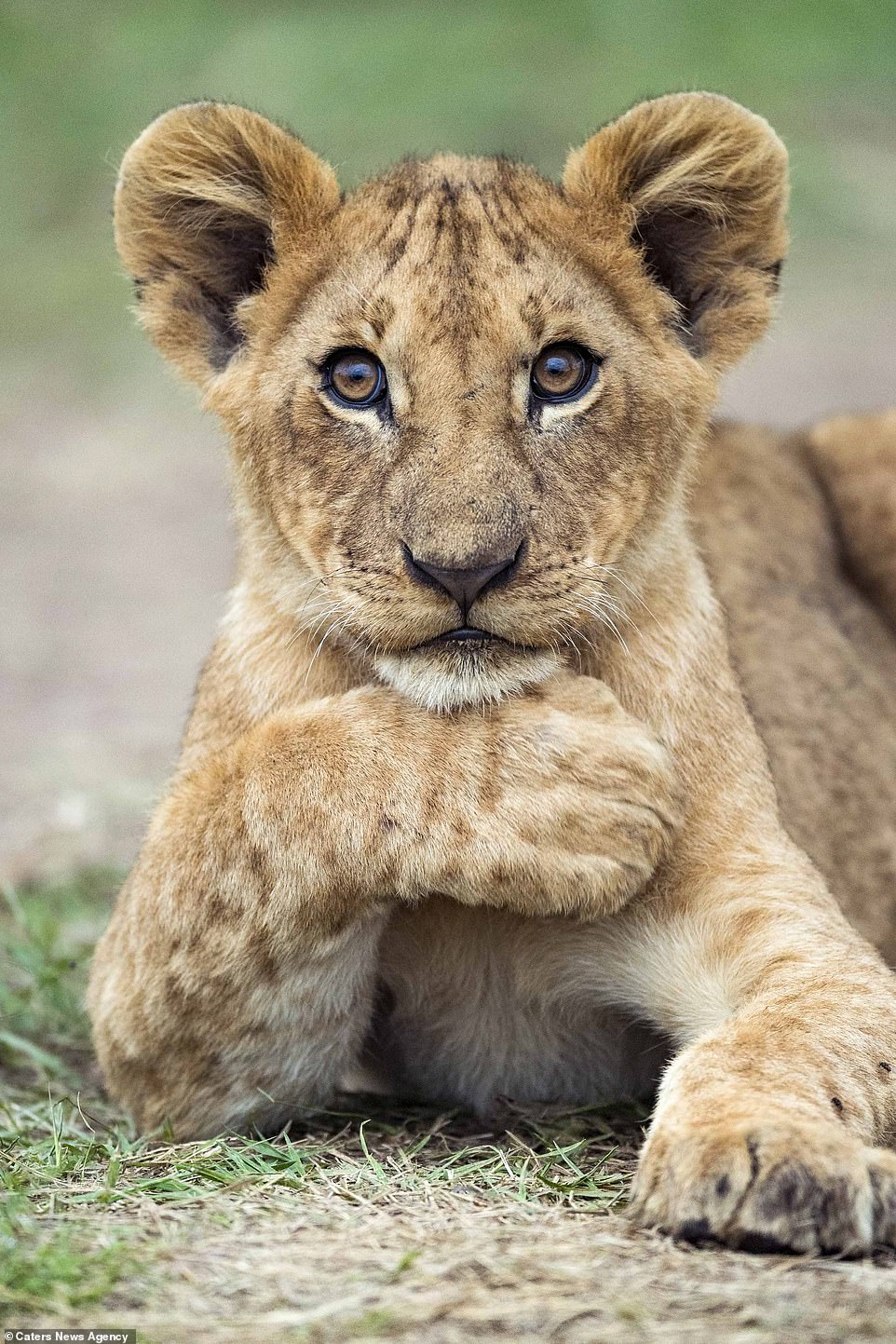 A beautiful brown-eyed lion cub in Masai Mara, Kenya, rests one paw under her chin while sitting on the grass in 2017 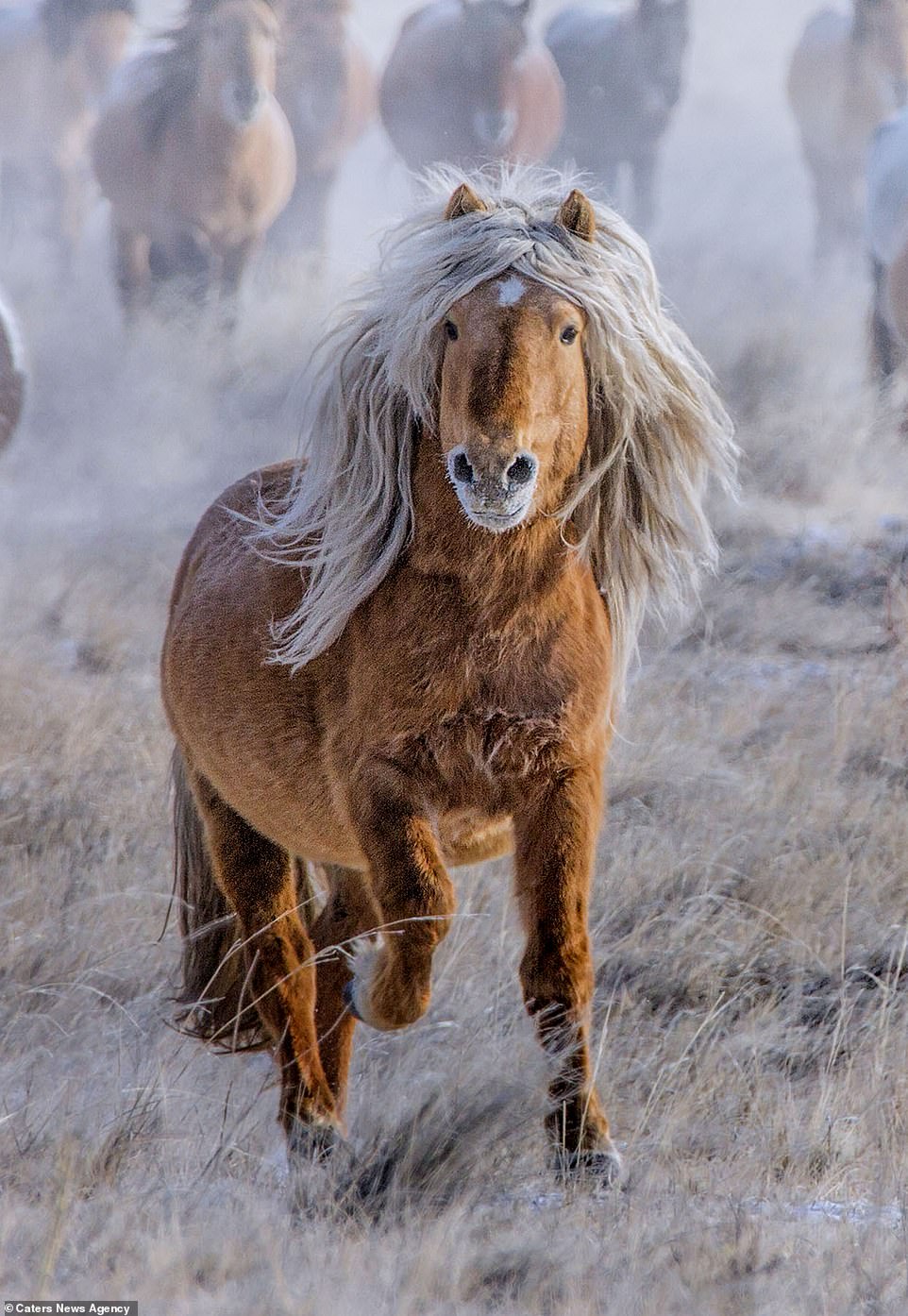 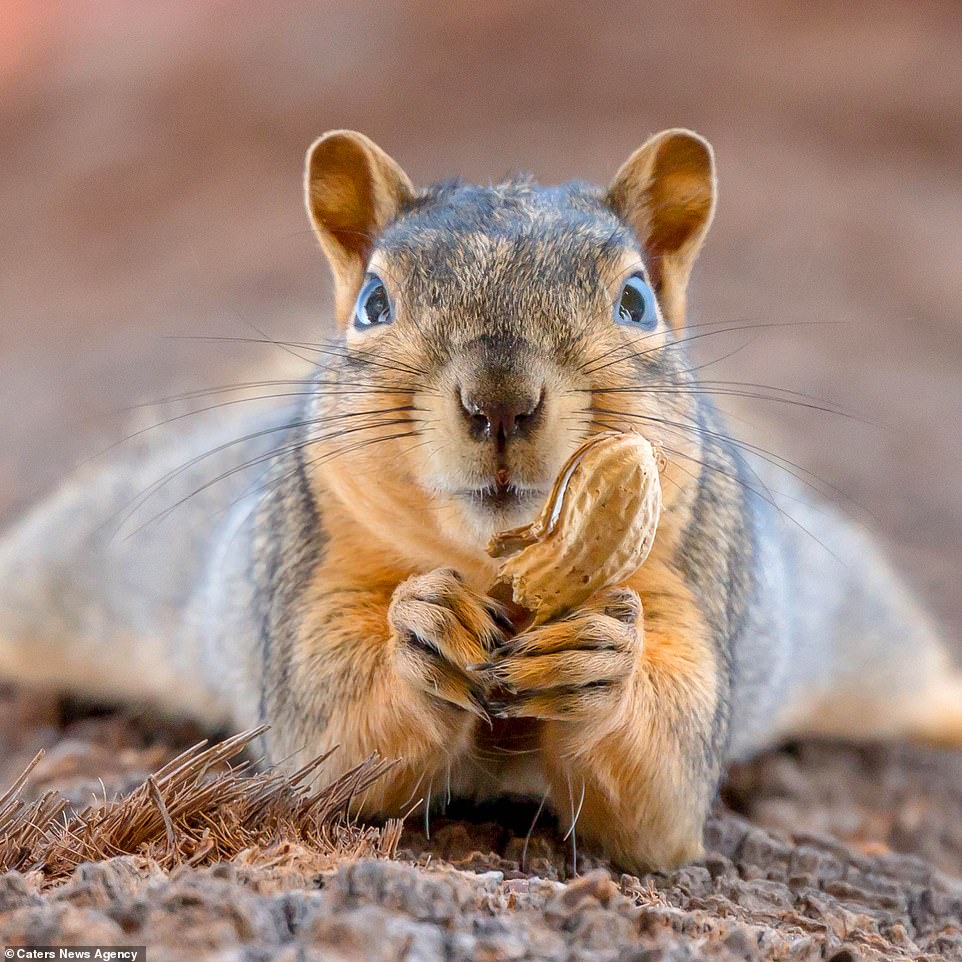 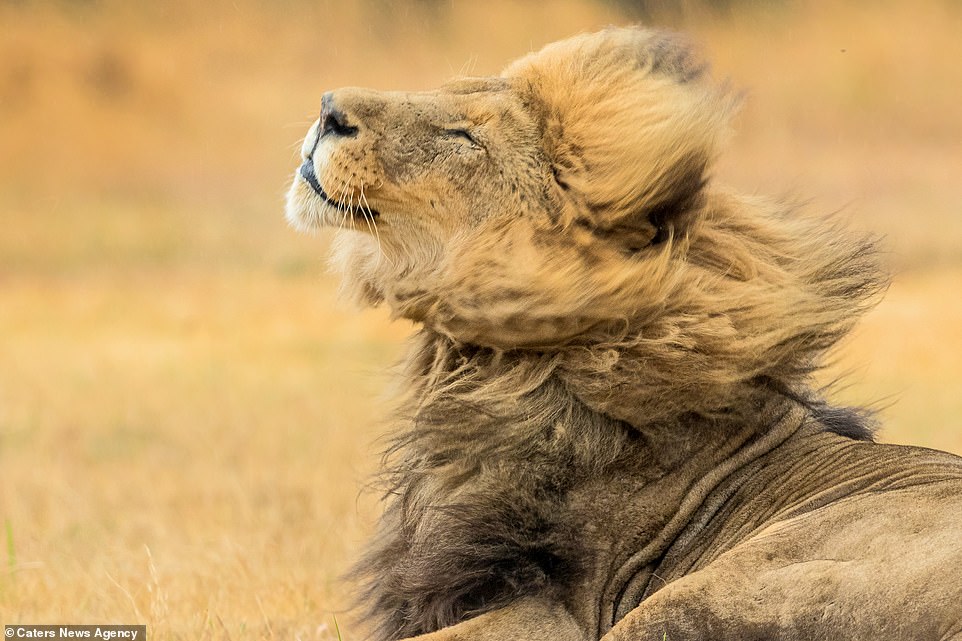 Breezy: This lion closes his eyes and enjoys feeling the wind blowing through his mane at the Rhino & Lion Nature Reserve, near Krugersdorp in South Africa 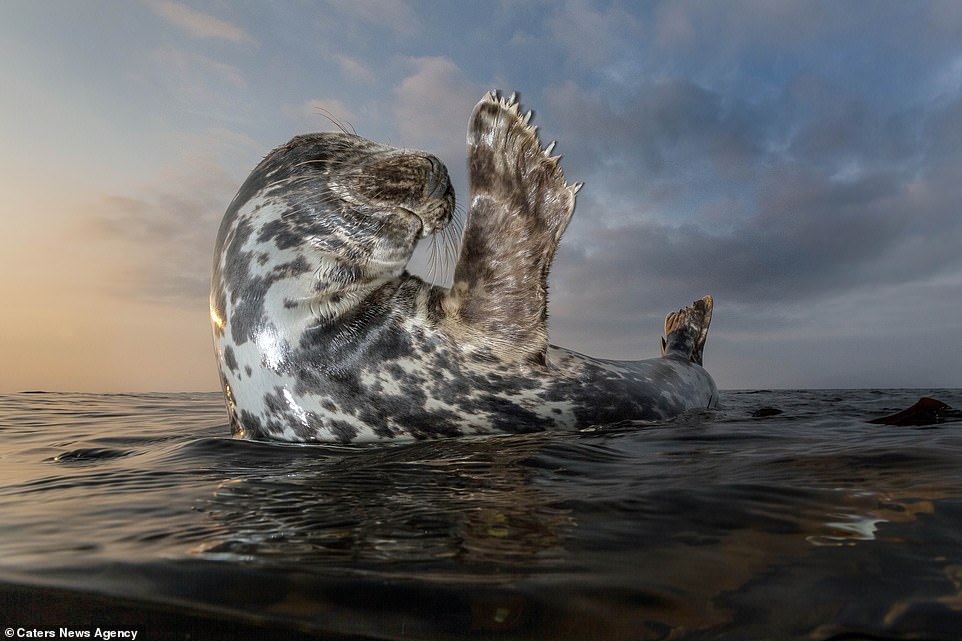 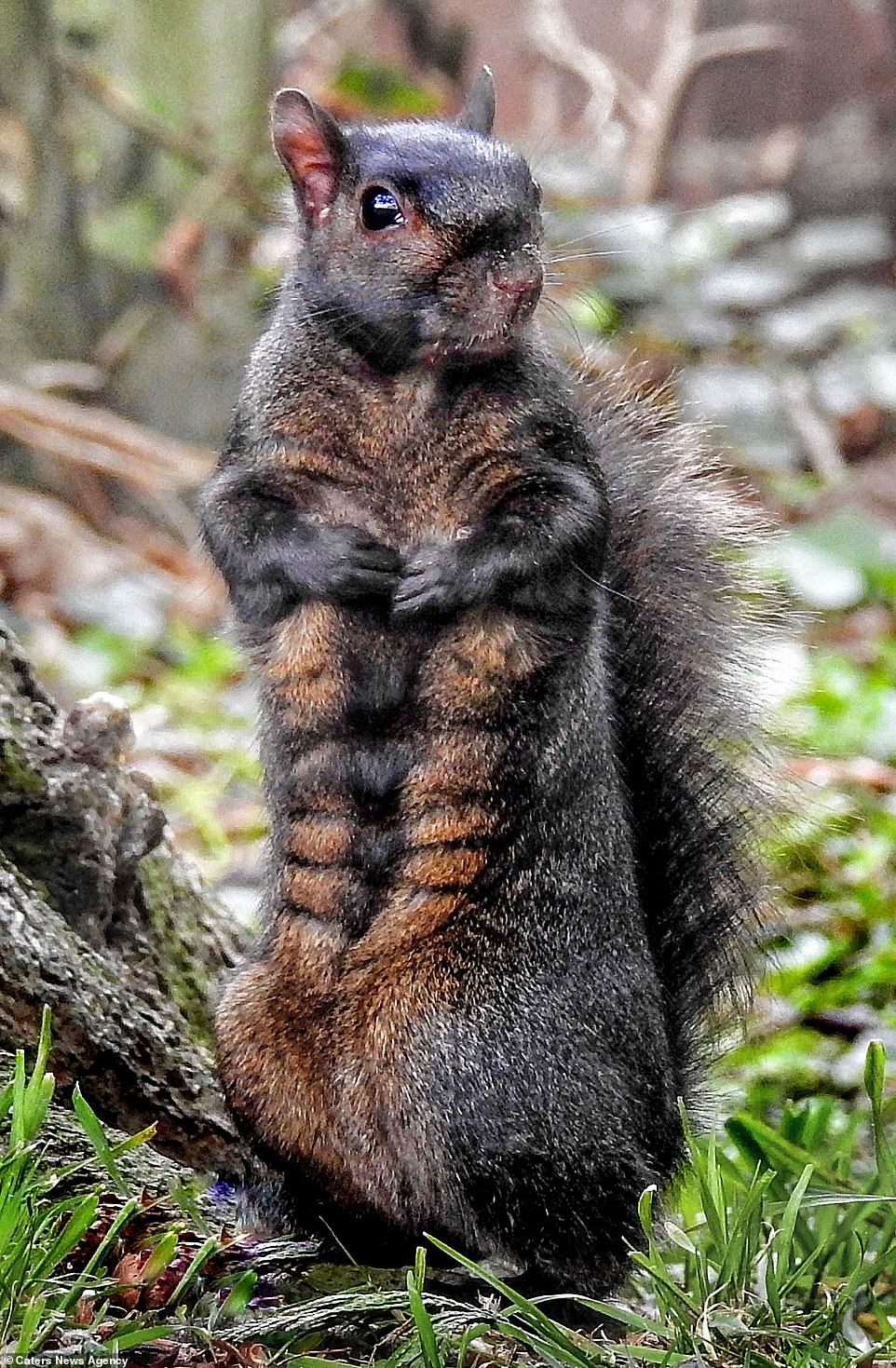 The black squirrel holds its hands together while showing off its sixpack, in a garden in Hertfordshire, England 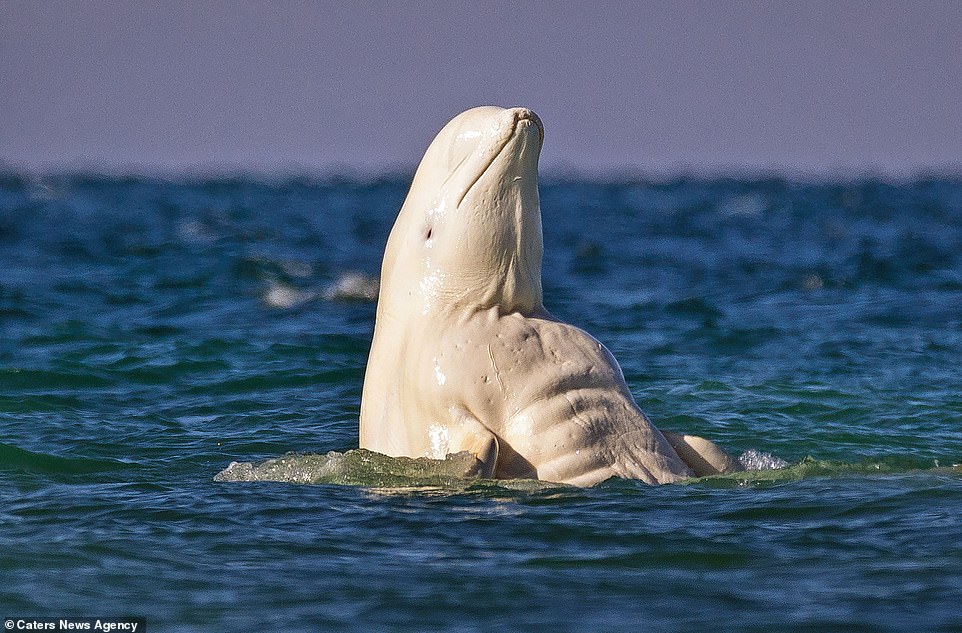 This beluga whale appears from the water to show off its abs to the females, trying to impress them in Cunningham River, Somerset Island, Canada 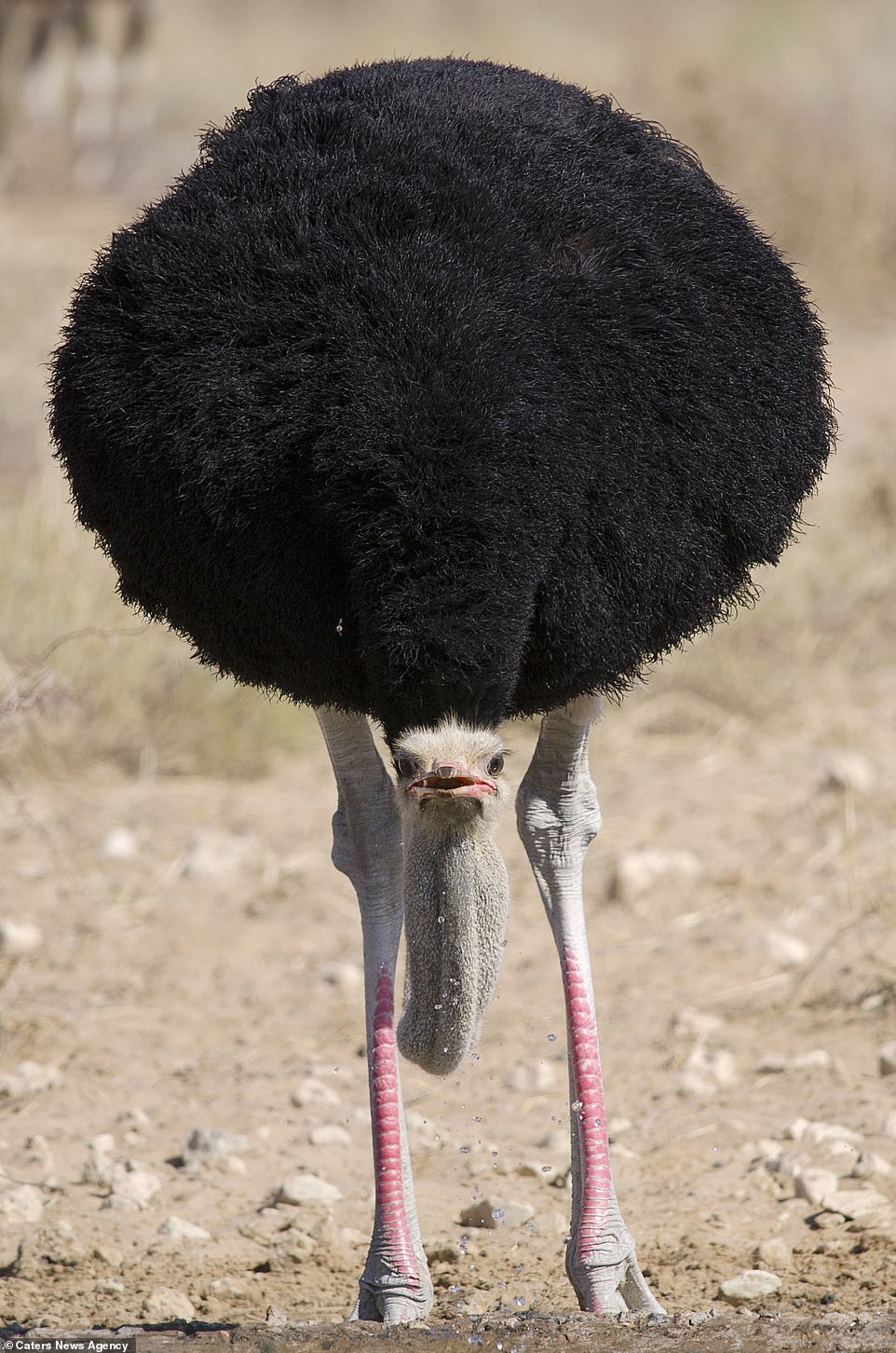 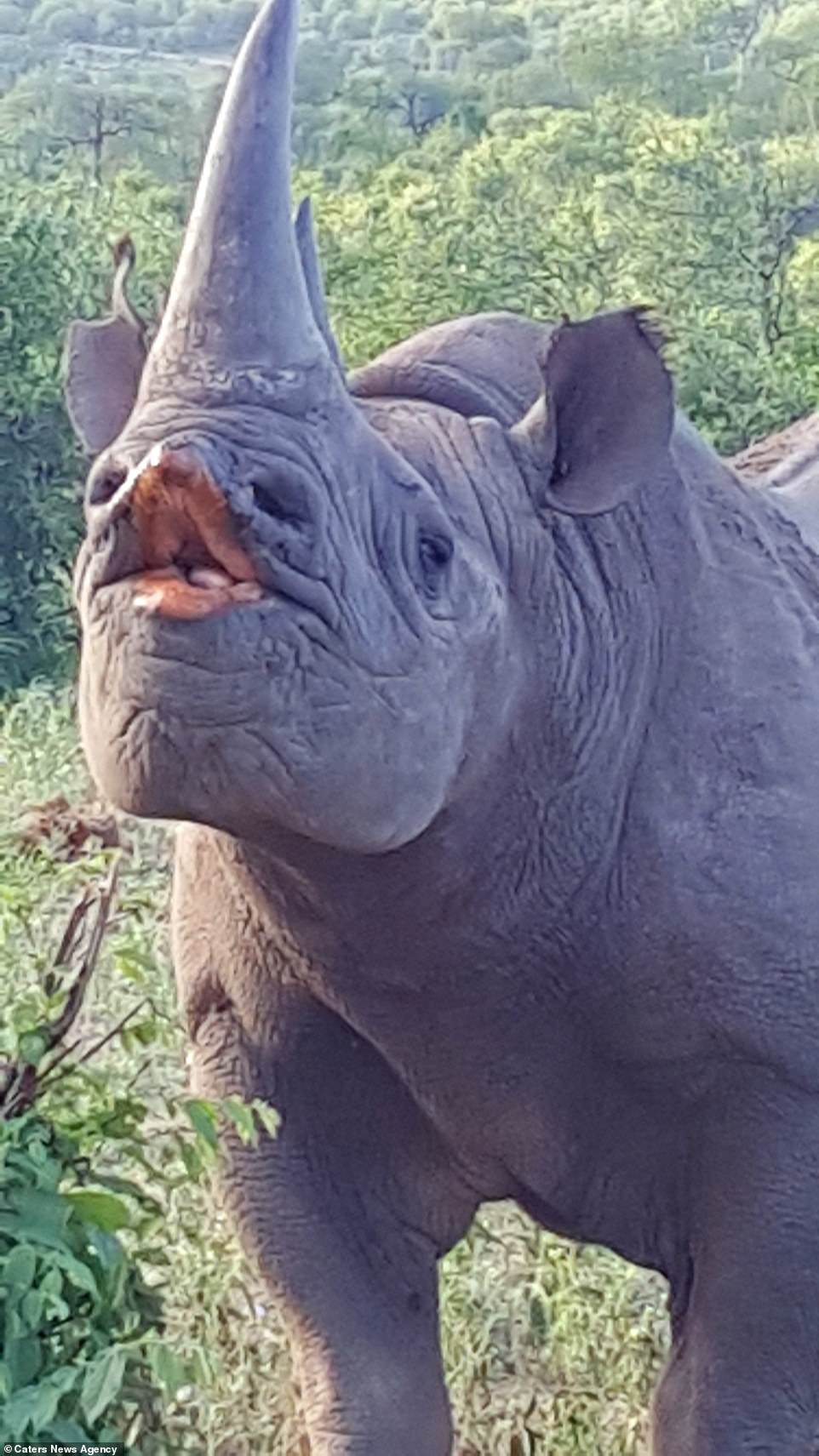