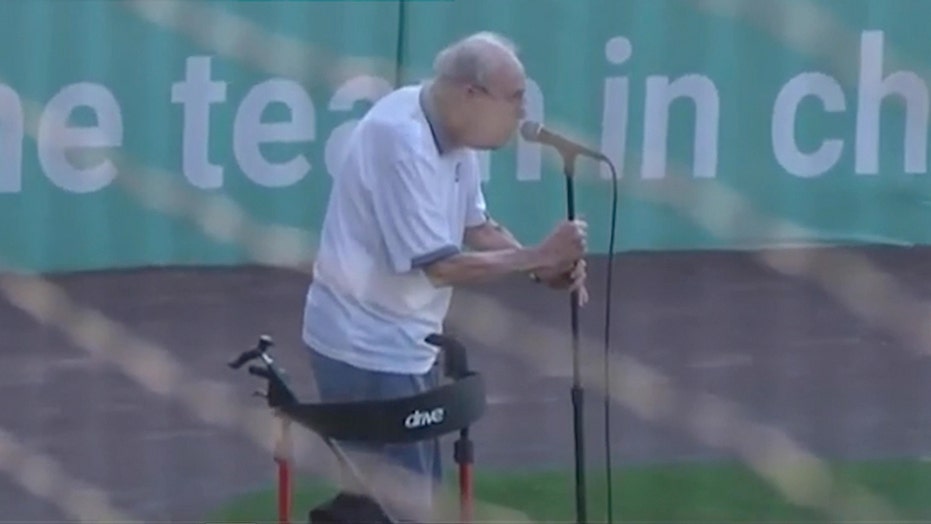 A Minor League Baseball game in Michigan started out on just the right note when a veteran sang the national anthem.

John Pylman, 96, a WWII veteran, delivered his rendition of “The Star-Spangled Banner” on Aug. 5 before the West Michigan Whitecaps played a home game in Comstock, Michigan.

A video of his performance was posted on Facebook by the West Michigan Whitecaps and as of Saturday morning, the clip had been viewed more than 3.3 million times.

When Pylman was finished singing, he saluted and the ballpark announcer said: “Thank you John and thank you for your service.”

Commenters on the viral clip also thanked Pylman for his performance.

“Probably the best version I have ever heard or will ever hear because it comes from his heart,” one person wrote.

Someone else commented: “Awesome, sung by someone who understands the true meaning of our flag.”

Pylman, an Air Force veteran and former singer with Michigan’s Schubert Male Chorus in Grand Rapids, told MLive that his most recent performance was a way for him to honor the U.S.

However, this wasn’t his first time performing the national anthem at a Whitecaps game.

Pylman told MLive that he has sung at eight home games for the Minor League team since auditioning several years ago.

According to MLive, Pylman enlisted in the Air Force in 1943 and served in the Eighth Air Force in England as a navigator on the Boeing B-17 Flying Fortress plane.

After he finished his military service, Pylman went on to study education and later became a principal.