Emily Ratajkowski posts ab-baring pics she says will cause ‘controversy’

The Yellowjackets have each other’s backs.

Melanie Lynskey, who plays Shauna in “Yellowjackets,” says her fellow actors rallied to her defense after she was body-shamed by a member of production.

The New Zealand-born actress claims that someone on the crew for the creepy Showtime drama series asked about her weight.

“They were asking me, ‘What do you plan to do? I’m sure the producers will get you a trainer. They’d love to help you with this,’” Lynskey, 44, recalled to Rolling Stone.

Lynskey said co-stars Tawny Cypress, Christina Ricci and Juliette Lewis stood by her, with Lewis even writing a letter to producers on her behalf.

“It was really important to me for [Shauna] to not ever comment on my body, to not have me putting a dress on and being like, ‘I wish I looked a bit better,’” she explained. “I did find it important that this character is just comfortable and sexual and not thinking or talking about it, because I want women to be able to watch it and be like, ‘Wow, she looks like me and nobody’s saying she’s the fat one.’ That representation is important.”

Sadly, it hasn’t just been the production staff who have criticized Lynskey’s appearance.

The actress says fans have questioned whether Adam (Peter Gadiot) — the hunky artist Shauna has an affair with — would really be attracted to her. 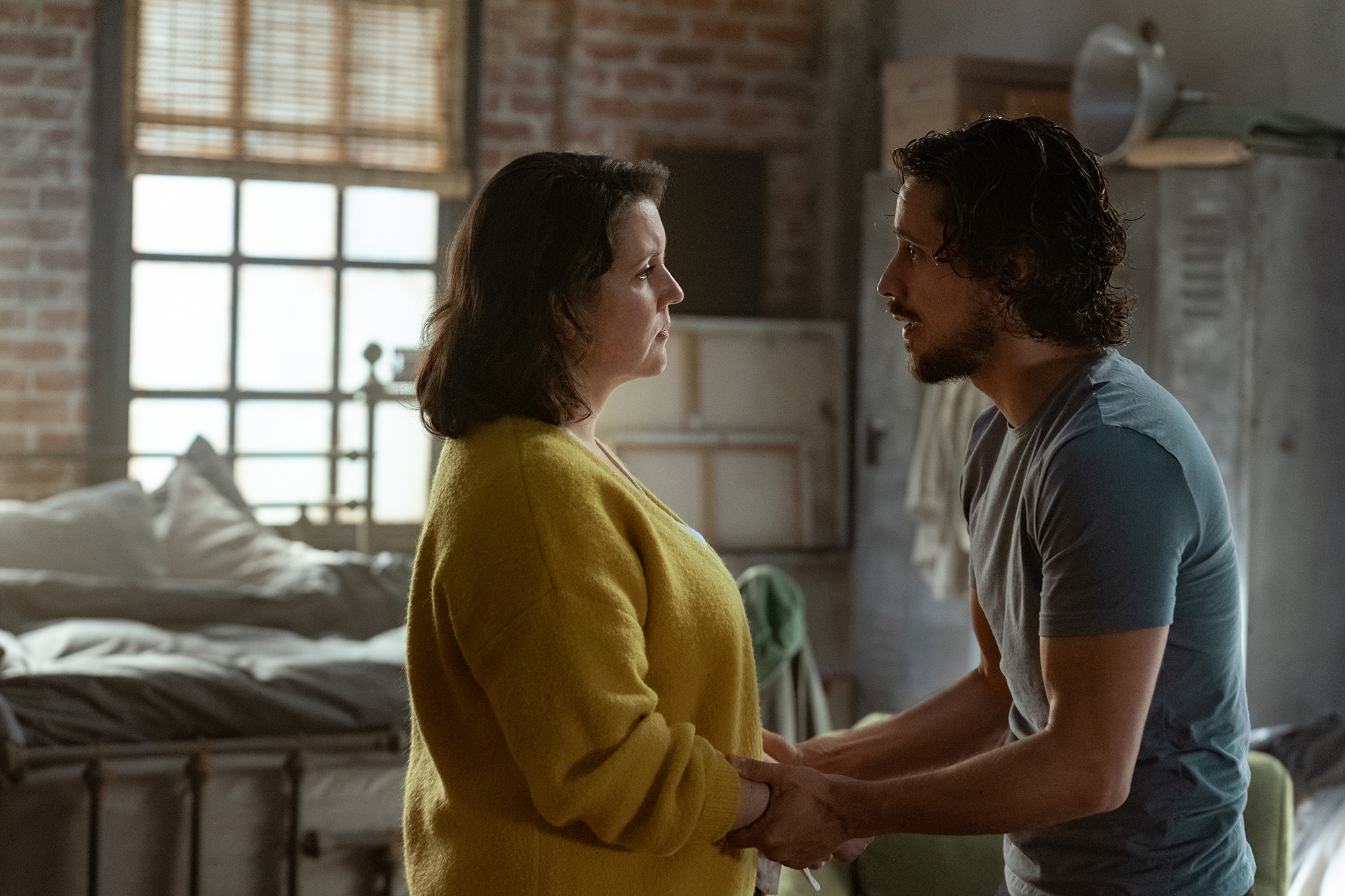 “I’m just like, ‘Wow, really? That’s where people’s heads are at, that the most important thing is being thin or young?’” she exclaimed.

Page Six has reached out to Showtime for comment.

In real life, Lynskey is married to actor Jason Ritter. The two share one child together, a 3-year-old daughter.

The “Sweet Home Alabama” star has been vocal about her past struggles with an eating disorder over the years.

“It’s a bummer to have to say this, but the biggest challenge I’ve faced in my career would be my own body image and the way that the industry views people’s bodies,” she told Denizen last year.

”There’s sort of an implicit expectation of perfection because everybody looks the same. But I had a bad eating disorder for 10 years, and even when I was like 58 kilograms [128 pounds], I would still be shamed in wardrobe fittings for not being sample size.”