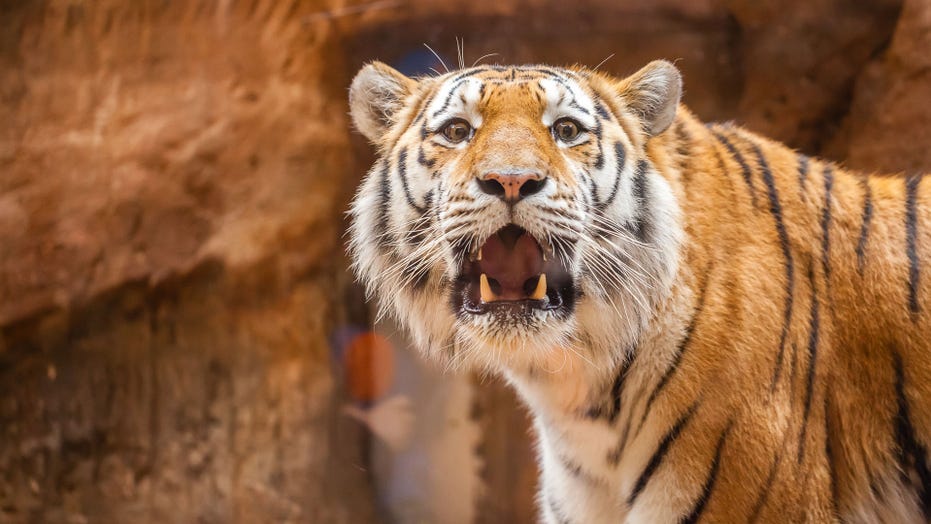 A bizarre set of photos uploaded to social media appear to show a woman inappropriately grabbing a tiger at a popular zoo in Thailand. The unusual photos immediately sparked a negative response from other social media users, who claimed the woman was either mistreating the animal or putting herself in danger.

The photos were taken at the Tiger Kingdom Zoo in Northern Thailand, the New York Post reports. The zoo is reportedly a tourist destination where visitors can come and take pictures with the large cat.

However, this particular woman, identified as Waraschaya Akkarachaiyapas, may have taken things too far, as she appeared to grab the tiger’s testicles in several of her photos. She later shared several of the photos to her Facebook page, although they appear to have been taken down.

Other photos from the set that don’t show her grabbing the animal’s testicles, however, still appear on her page.

“The tiger did not allow you to touch his privates. You have no right to do that," wrote one person.

Another user reportedly added, “This is dangerous. If the tiger had reacted angrily it could have attacked you.”

In a statement obtained by Newsflare, head zookeeper Pirom Cahntama claimed that the woman's behavior was against the zoo's rules.

“We do not allow tourists to grab the tigers' testicles but they are allowed to touch any part of the animal's body as long as our specialists are present," Cahntama said. "From now on, we will make sure that no visitor will ever be able to touch this part of a tiger's body again.”