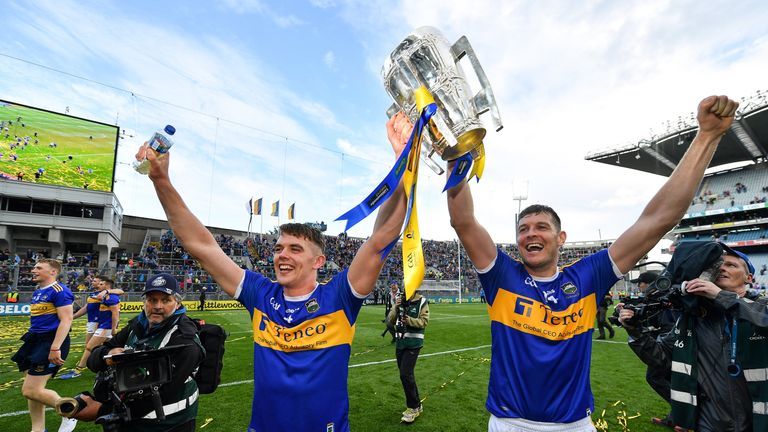 All-Ireland champions Tipperary lead the way with seven players as the 2019 Hurling All-Star team has been announced.

Brian Hogan gets the nod in goals, while Ronan Maher, Cathal Barrett, Brendan Maher and Pádraic Maher are all included in the backs.

Noel McGrath is honoured in midfield, while Hurler of the Year nominee Séamus Callanan is the Premier County’s sole representative in the forwards.

Seán Finn and Aaron Gillane of Limerick are both included, while Wexford also have two players on the side; Diarmuid O’Keeffe and Lee Chin. As expected, Cork’s Patrick Horgan makes up the team to win his fourth award.