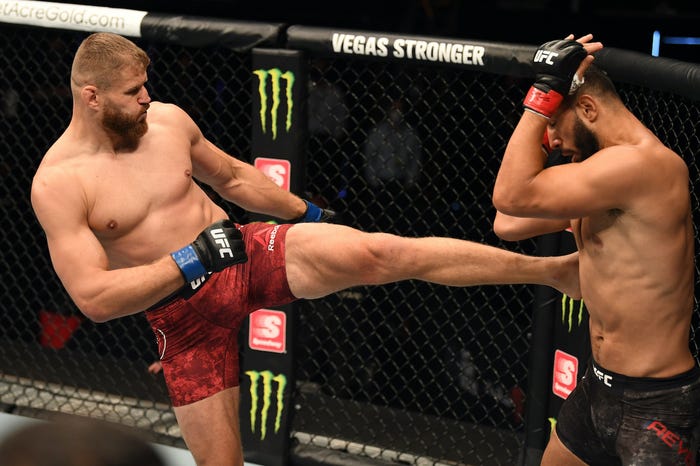 A photo from Fight Island shows the painful, lasting effects a brutal, well-timed, body kick can have on a championship fighter body.

The UFC returned to Yas Island in Abu Dhabi for a six week, five event residency in the quarantined bubble, with UFC 253 opening the festival.

A new light heavyweight champion was anointed in the co-main event on Saturday, September 26, with Jan Blachowicz displaying his power in the second round, finishing Dominick Reyes by knockout.

But before his win, a photographer captured the moment which shows the damage a fighter can suffer when a kick lands full whack.

Josh Hedges, who works for UFC parent company Zuffa LLC, was Octagonside at the Flash Forum for the fight.

Here's the bruising he documented:

Blachowicz was rewarded with a $50,000 performance-related bonus for finishing Reyes, and advanced his record to 27 wins (eight knockouts, nine submissions, and 10 decisions) against eight losses.