Avideo published Thursday by TMZ Sports appears to show Conor McGregor punching an older man in the face in a Dublin pub.

The incident took place at The Marble Arch Pub in Dublin on April 6, according to TMZ. Irish media reported the encounter at the time, though without video.

TMZ Sports reported that McGregor walked into the pub and offered to buy people there a round of shots ofhis own Proper no. Twelve whiskey brand, but that one man declined the offer.

It is unclear from the footage what the two are saying. The video shows shows McGregor throwing a left hand in the direction of the man’s face, who remains on his stool the entire time. 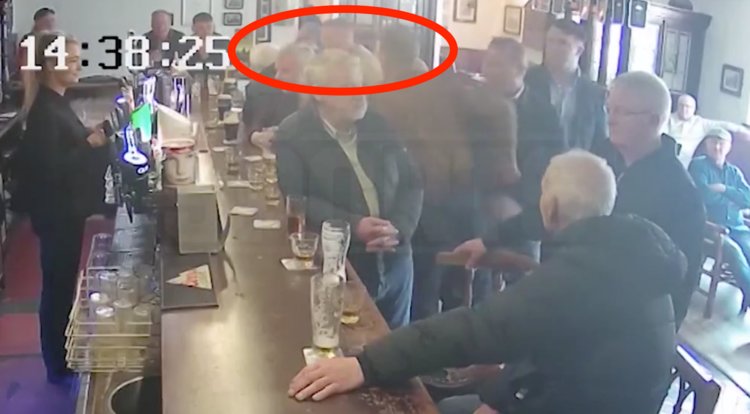 McGregor is then removed from the premises by two other people.

You can watch the video here:

Representatives for McGregor did not immediately respond to Business Insider’s request for comment.

Dublin Live reported at the time that one man in the pub reported in the incident to police.

Dublin Live’s report said that somebody in the pub had taunted McGregor by saying “the Russian battered you” — a reference toMcGregor’s fourth round submission loss to Khabib Nurmagomedov at UFC 229, last year. McGregor has not fought in the UFC since.

The incident would not be the first time McGregor has displayed aggressive behaviour outside of the ring.

Read more:Floyd Mayweather and Conor McGregor are trolling each other on Instagram, and their latest posts asked fans to get involved

In April 2018, he wascharged with assault and criminal mischief after he was seen on video attacking a bus carrying UFC fighters, throwing a metal trolley through a window, and hospitalizing athletes on board.

In March 2019, he was alsoarrested outside a hotel in Miami Beach, Florida, after he reportedly took a man’s phone, threw it on the floor, then stomped on it as he walked away.

A civil lawsuit against McGregor was dismissed days later.

McGregorannounced his retirement from MMA earlier this year but has beentouted for a return by the UFC boss Dana White. It remains unclear whether he will actually fight again.