At the core of our American democracy is the belief that the people should elect the leaders who give voice to their values and ambitions. The right to vote is the cornerstone of our democracy, yet over the past decade, partisanship has overtaken patriotism in the political process. Just last month, the House of Representatives passed the Voting Rights Advancement Act to protect access to the ballot. For decades, the Voting Rights Act received bipartisan reauthorization in Congress, but this bill received just a single Republican vote.

At the state level, Republicans have passed a raft of laws designed to block, deflect and deny access to the ballot. Since 2010, according to the Brennan Center for Justice, 25 states have put heightened voting restrictions in place, almost entirely guided by Republican officials.

These efforts were aided by gerrymandering of state legislatures in 2011 that locked in their power and a disastrous Supreme Court decision in Shelby County, Alabama, in 2013 that gutted federal protections for minority voters. Yet the acute attention from Congress and others to the scourge of voter suppression — the intent and effect of these new voting restrictions — has led to cries of innocence and feigned outrage.

Recently, Republicans have offered a new argument to deny widespread voter suppression and misdirect the public about their actions. They claim that because high numbers of voters of color participated in the 2018 election, voter suppression could not possibly have occurred.

Employing this level of purposefully lazy gaslighting of voters who were deprived of their constitutional rights is shocking but not surprising, given that it comes from a political party whose strategy for victory relies so heavily on making voting more difficult. 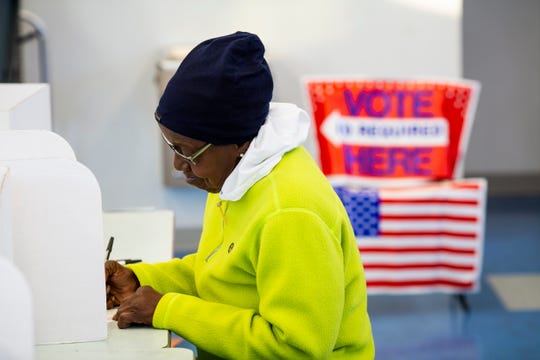 Put simply, an increase in participation does not negate the fact that challenges can also increase. Indeed, in elections in the past 20 years, the obstacles have grown more complex and harmful, and the injuries are real. While more voters of color successfully navigated impediments to registration and ballot access in 2018, we cannot blithely ignore the tens of thousands of others silenced by purges, exact match schemes and closed precincts.

Republicans are rigging elections to win: They’re anti-voter and anti-democracy

Turnout reached the highest level among voters of color in 2018 than in any previous midterm election in memory. They turned out in droves because they were seen, heard and inspired. In Georgia, for example, an analysis by the Stacey Abrams gubernatorial campaign showed that 1.2 million black voters cast ballots for the Democratic ticket — compared with 1.15 million voters of all races who had supported it four years earlier.

Even so, those numbers do not reflect the gauntlet of problems faced by voters, too many of whom were rejected or denied before having their ballots counted. Equally worrisome and worthy of investigation are the additional eligible voters who would have had their voices heard if only there were fewer obstacles.

Across the country, the perverse position Republicans have taken is to use higher participation rates among voters of color to claim that voter suppression does not exist. Worse, some go so far as to take credit for record turnout. In many cases, higher turnout by voters of color led to lines of four hours or more due to too few machines, faulty poll books, a lack of power cords, poorly trained election workers and more. Some overcame these challenges and had their votes counted, but that does not erase the obstacles.

The fact that people of color voted in droves in 2018 is proof that voter turnout and voter suppression can operate independently but also in relation to one another. Research shows that those most aware of suppression activities may employ anger at the partisan nature of disenfranchisement as a motivating force and take extraordinary steps to overwhelm its effect by amplifying participation. Increases in voter turnout are also a very real response to the threat of voter suppression.

Still, as Americans, we must not elide the real effect of these actions. The denial of even a single voter’s right to be heard should concern all of us. If even one eligible voter’s name is missing from the poll book, if even one parent must leave a long line to pick up a child from school, if even one voter’s registration is held up because of a so-called unusual name, our elections are not truly free and fair.

We must continue to speak the truth and hold government officials accountable until every eligible voter’s voice can be heard. If Republicans are not outraged by voter suppression, if they are only are incensed that their actions have been called out, then that raises a question Americans should ask themselves: Why are Republicans afraid of free and fair elections?

Stacey Abrams, a former Democratic leader of the Georgia House of Representatives, was the first African American woman nominee of a major party for governor and is the founder of Fair Fight and Fair Count. Eric H. Holder Jr., chairman of the National Democratic Redistricting Committee, was U.S. attorney general for six years during the Obama administration, the first African American to hold that position. Follow them on Twitter: @staceyabrams and @EricHolder

You can read diverse opinions from our Board of Contributors and other writers on the Opinion front page, on Twitter @usatodayopinion and in our daily Opinion newsletter. To respond to a column, submit a comment to [email protected]