The Englishman needed treatment on the sideline after a collision with Jefferson Lerma left his face covered. 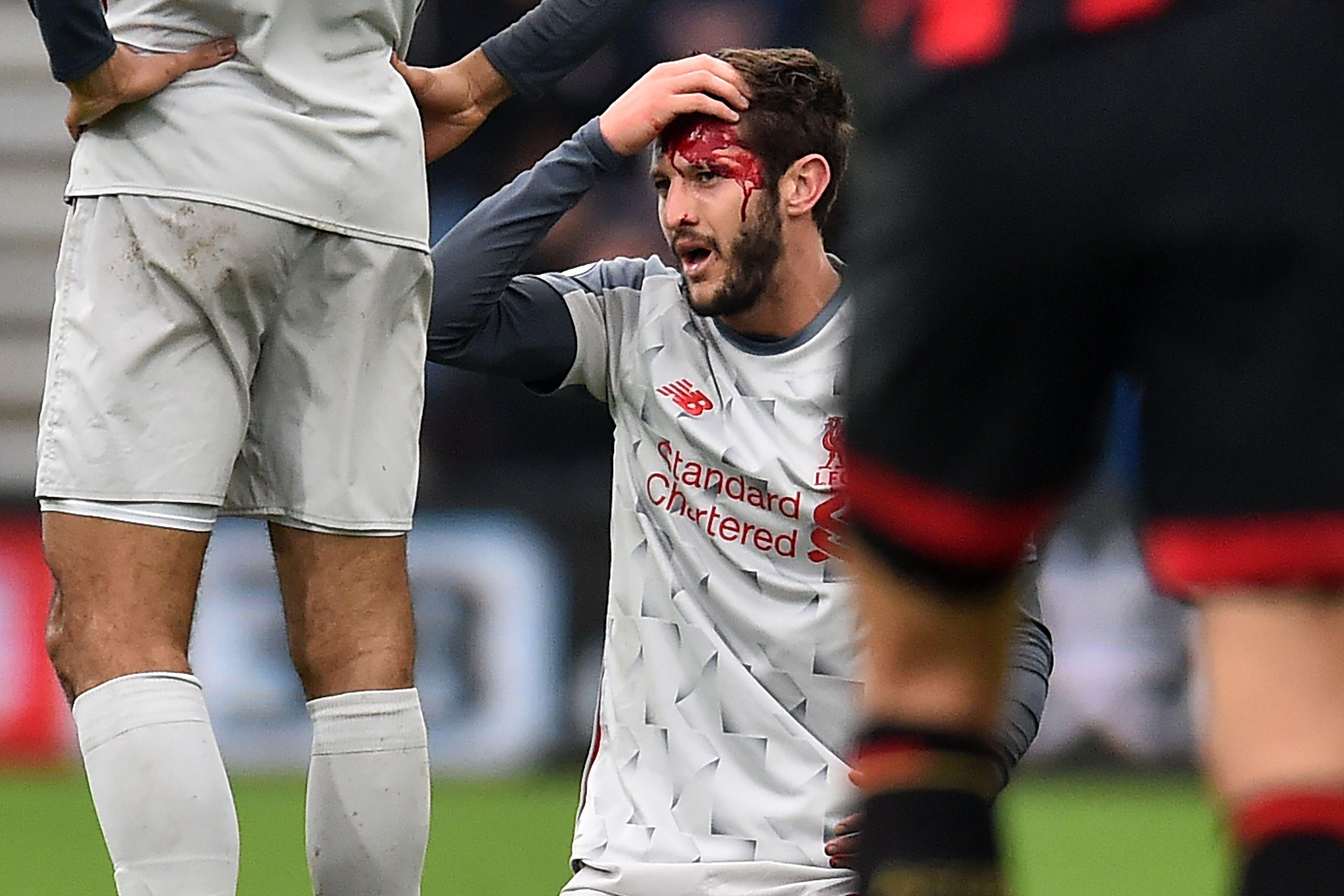 Lallana, who had been on the pitch 20 minutes, was OK but needed treatment on the side of the pitch.

He was made to change his kit while a huge dollop of vaseline was dropped on his head to stop the bleeding.

The 30-year-old was able to come onto the pitch after a couple of minutes to finish the game.

It was Lallana's first appearance in a month, when he started in the 2-0 Champions League defeat to Red Star. 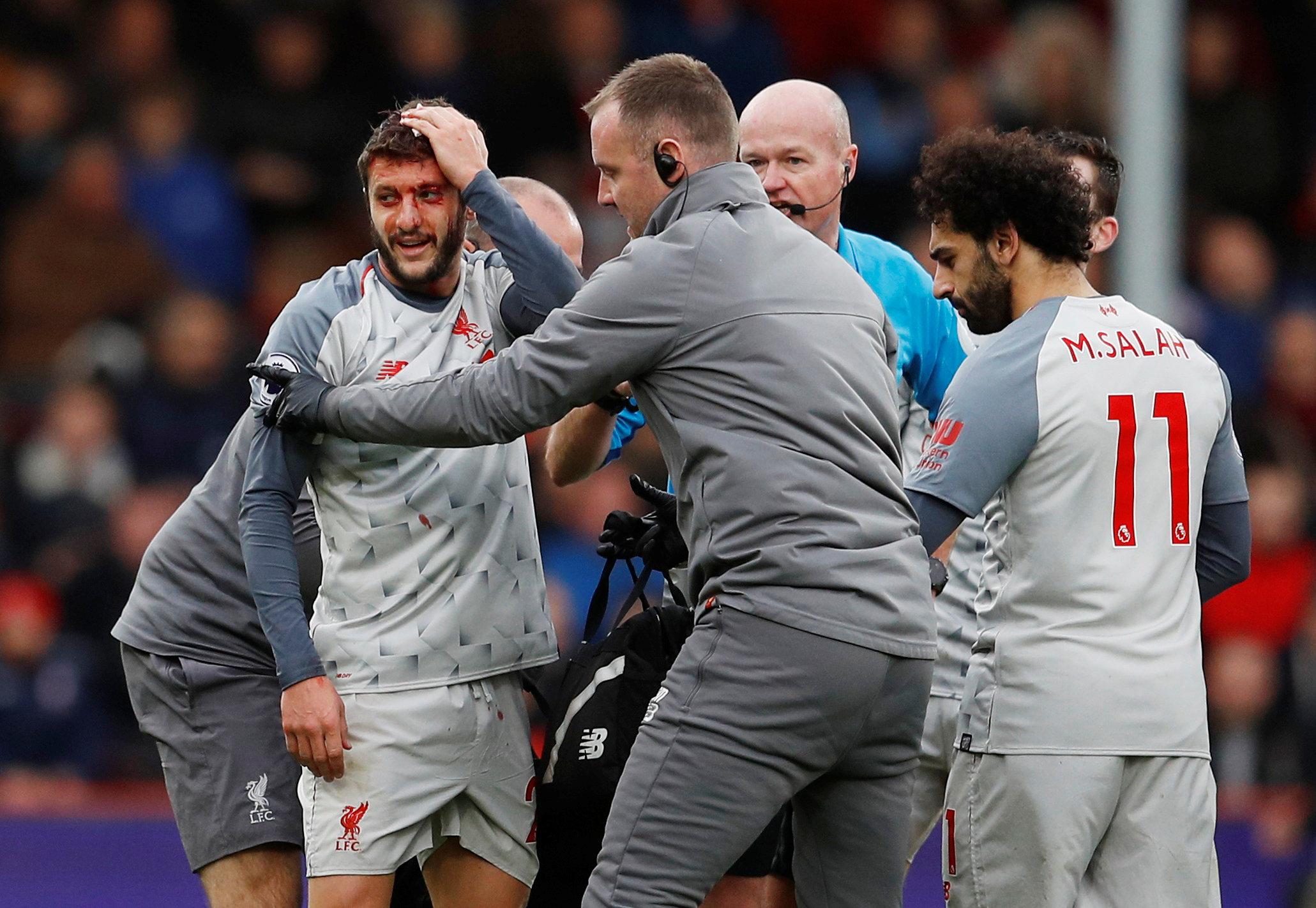 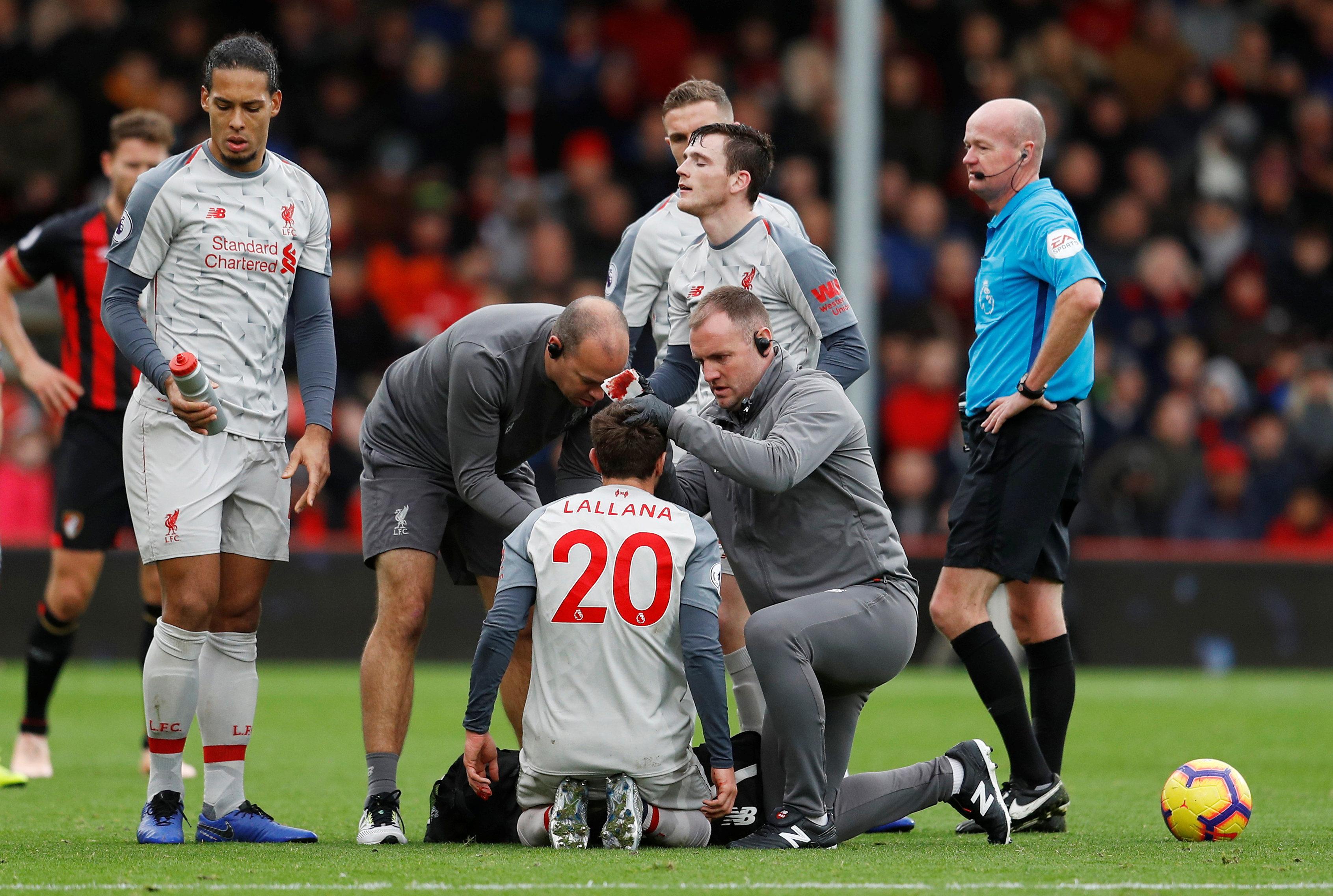 Lallana, who has endured an injury-hit couple of years, had last played in the Premier League on October 27.

But Reds fans were delighted with how he looked in his cameo. 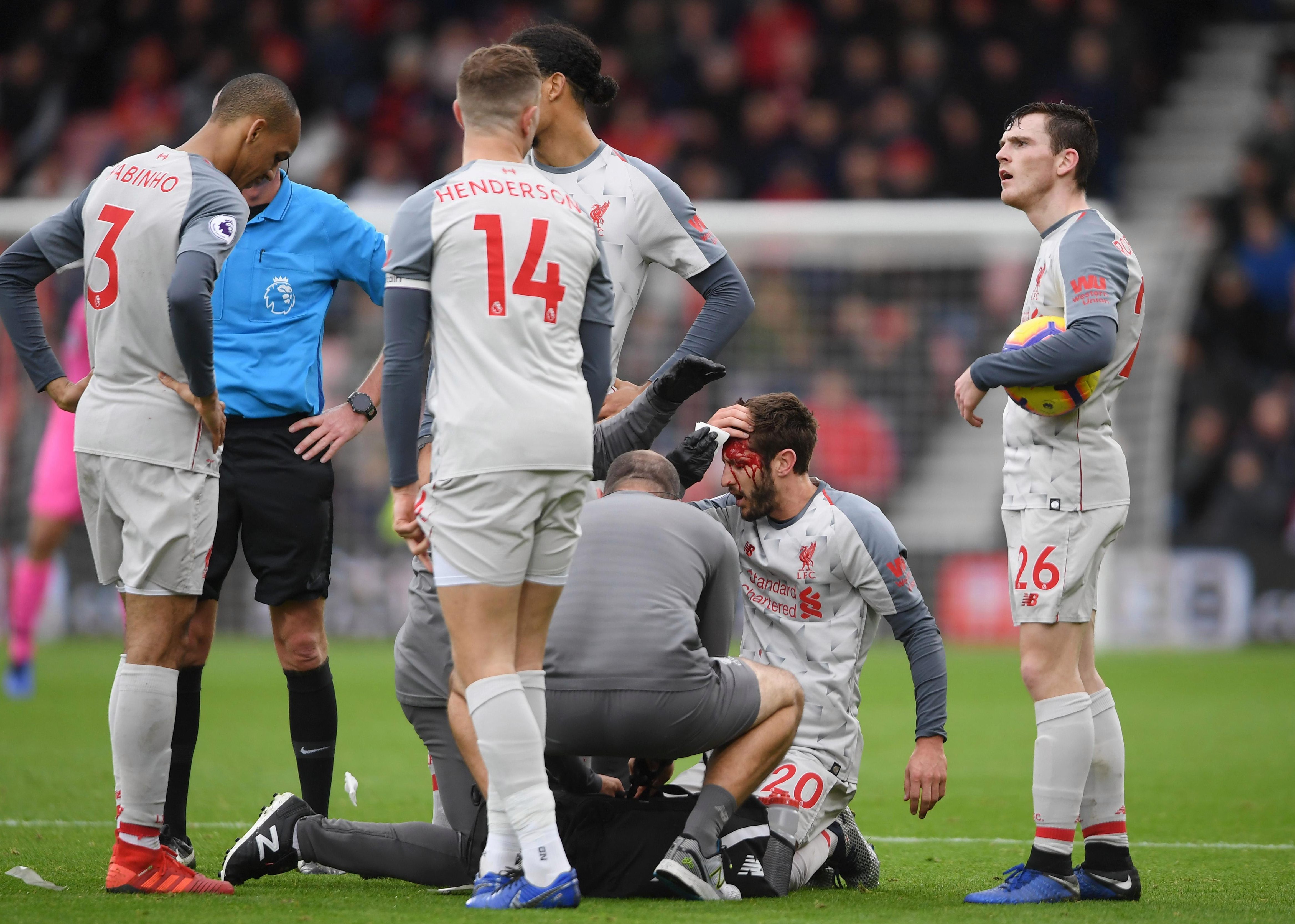 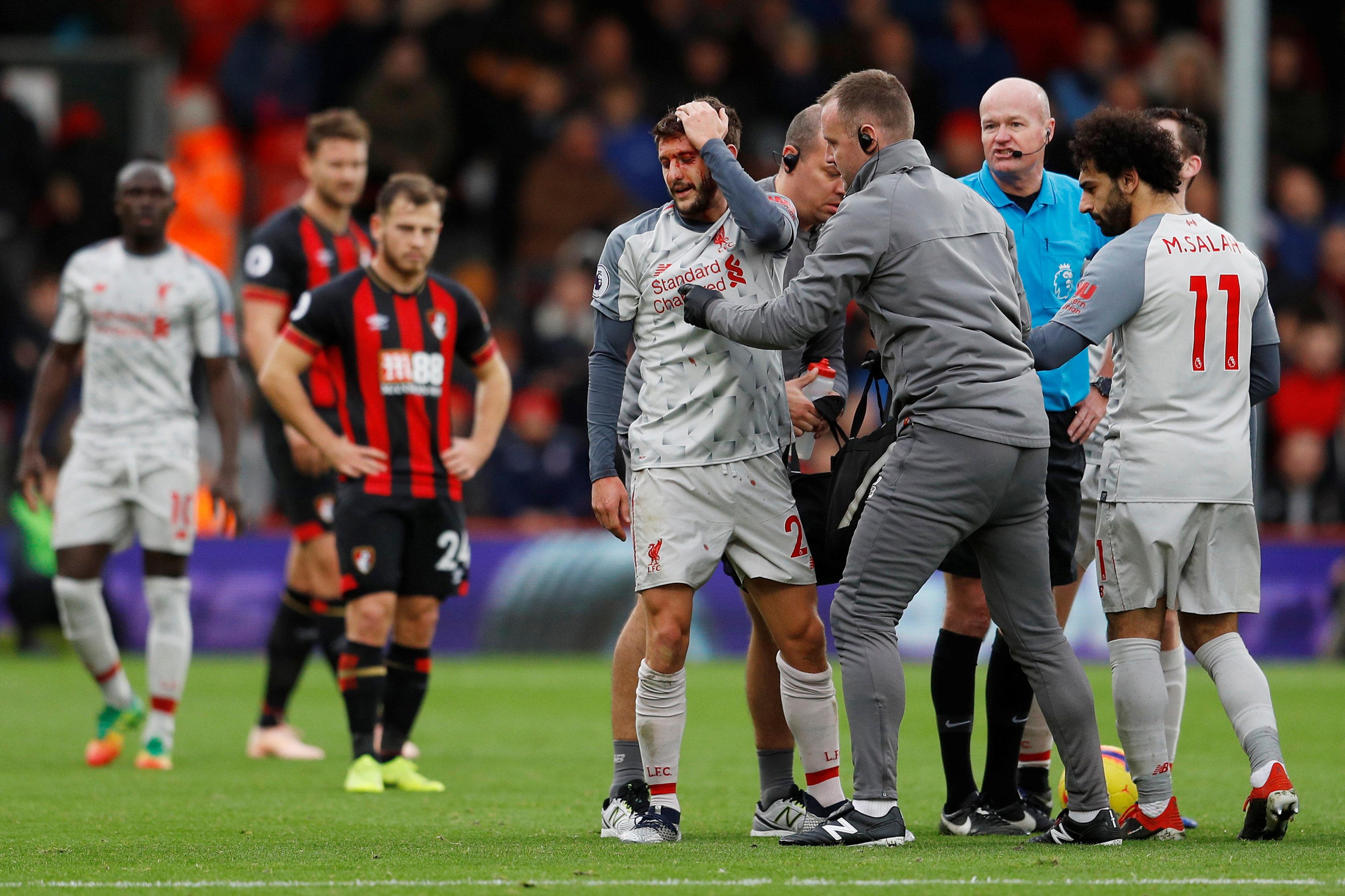 Jordan said: "Love seeing Lallana back out there."

Lex was "absolutely impressed" with the performance from the midfielder.

Liverpool smashed Bournemouth 4-0 thanks to a Mo Salah hat-trick.