The AFL is set to announce a marked increase in the amount of VFL curtain-raisers to be held before AFL matches in season 2019.

The move represents a significant increase on the handful of curtain-raisers held in 2018, three of which took place at GMHBA Stadium in Geelong.

It’s understood VFL clubs are currently in the process of submitting their fixture preferences to AFL Victoria.

Curtain-raisers before AFL games have been a common feature on AFL supporters’ wish lists in recent times.

Reserves matches prior to AFL games were a fixture until the turn of the century, when the AFL abolished them. 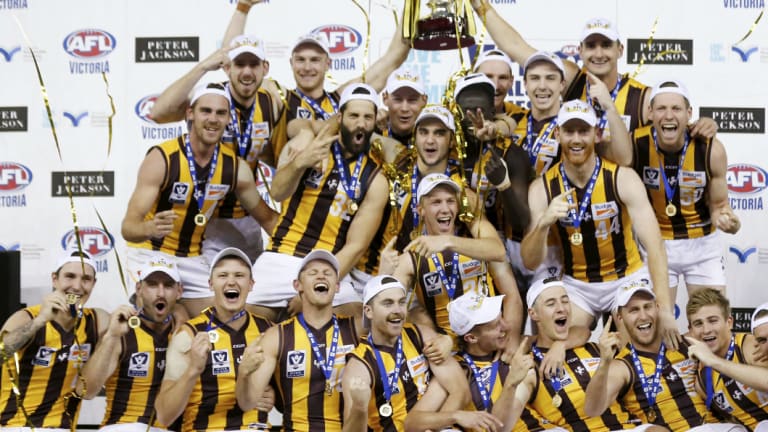 "We are very happy to see the AFL pushing for an increase in the number of curtain-raisers,” Eeman said.

"The fan feedback on this issue is consistent, fans want more of them. They help build the atmosphere and give fans a reason to come to games earlier."

The announcement comes as VFL clubs were informed of a number of changes to the VFL’s management structure via an email sent by AFL Victoria chief Steven Reaper, who announced he would take on a new role at the AFL as Head of Community Football Sustainability & Compliance.

The email, seen by The Age, informs clubs of the relocation of AFL Victoria’s head office from Ikon Park to AFL House in Docklands in February 2019.

The relocation spawns the integration of the VFL and VFLW competitions into the AFL Football Operations umbrella structure.

The email lists benefits of the integration, including “consolidation of both AFL and AFL Victoria football operations experience and expertise”; increased interaction between clubs in different competitions; “alignment with the AFL competition and any applicable rules changes, interpretations and on-field activities”; and increased cooperation between talent pathways and state leagues.

The email details several other personnel changes at the VFL to take effect on December 17.

Operations manager John Hook will depart the league; Tristan Salter will assume an expanded role as the Head of Talent Pathways & State League Competitions; and Jennie Loughnan will lead the operational management of the VFL, VFLW and U18 competitions as the Head of Competition Operations.

The important role of stand-alone VFL clubs is emphasised in the email.

“The role those clubs play in the Victorian football landscape will continue to be supported and embraced into the future,” the email said

The assurance comes after Frankston entered voluntary administration in 2016, having their VFL licence terminated.

The club did not play in the VFL for the 2017 season, but re-entered the league in 2018 after creditors waived a significant amount of the club's debt.