It's all about the iwi for the New Zealand Maori All Stars.

Iwi, the Maori word for "people" or "nation", identifies which tribe a New Zealand native is from and when the official team lists are printed in Friday's match program, each player will have their iwi next to their surname. 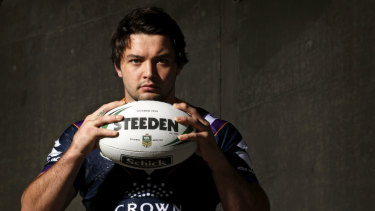 Brandon Smith will be playing for his mother on Friday night.Credit:Darrian Traynor

That will mark a proud moment for each of the inaugural Maori All Stars and their families, according to hooker Brandon Smith.

"It’s definitely a proud moment, particularly for my mother’s side of the family," Smith said in Melbourne.

"She’s a Maori and for her this is massive. Getting to see my iwi next to my name in the team lists – she was super excited.

Many of Smith's teammates feel the same way.

While not all are well versed in the intricacies of their heritage, James Tamou pointed to each player's family roots when asked what the game meant to those taking part.

"It’s what you grow up with as family," Tamou said.

"That’s why all the Maori players are here, representing that. 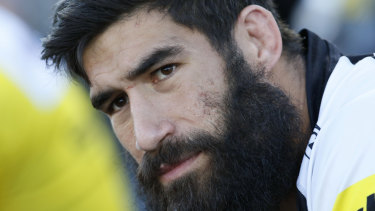 James Tamou is all for the new All Stars concept.Credit:AAP

"Even still to this day there are parts of my family that are pretty solid foundation, keeping strong within the Maori culture in our family.

"They want to help me out and that’s why I’m here: to represent them."

Each Maori All Star was presented with a special greenstone upon arrival in camp on Sunday.

The gift will serve as a reminder of the culture the team is representing when they run onto AAMI Park on Friday night.

"It was a gift to take away on your journey so you always remember where you came from," Tamou said.

"All these players have their own journey in life and they will always be part of the Maori heritage and Maori culture to go with it.

"Some boys will cherish it everywhere we go."

The energy with which the Maori men have embraced the new All Stars concept leads one to believe the NRL may be onto a winner.

The fan vote, combined with the clash of two iconic cultures, leads Maori coach Stacey Jones to believe the concept would work in New Zealand as well. 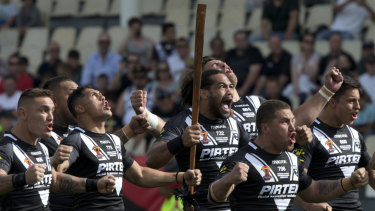 The New Zealand Maori All Stars will perform the haka on Friday night.Credit:AP

"I’m sure it would [do well] anywhere in New Zealand," he said.

"When you look at the calibre of players on both teams – there would be massive support.

"Hopefully some kids that will be watching will say one day I want to be in that team."

"As soon as they announced it, I imagined the passion which was going to come out from both teams," he said.

"It will be unreal. It will be a good showcase for the fans.

"This week we are getting a really good understanding about Maori and I’m sure the Indigenous team are doing the same over there. 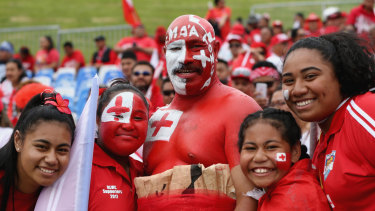 Fanatical: Tonga’s ‘Red Army’ are crying out for the chance to see more of their heroes.Credit:AAP

"When it all comes together it will show how cultures collide and not only the excitement of football but how passionate the players can all be about it."

Smith believes that passion would also translate to a potential Pacific Nations team.

Should Friday's match prove a success, the Storm hooker suggested a Tri Nations type tournament should be looked at in the near future.

But first, Smith believes stamping this fixture as an annual event should be top priority.

"It showcases the two cultures and the ability that they have, so I think it’s a really good idea," he said.

"The way the NRL is pushing it at the moment … hopefully it goes really well.

"What the Tongans have done for rugby league is really good for the Pacific Nations.

"Hopefully one day we could get a Pacific team as well in there – a tri series –something like that."

Smith also likes the notion of taking the match to New Zealand but with Storm-Warriors games often drawing 50-50 crowds, he cheekily suggested it may feel like a home match on Friday anyway.

"I think we will have a lot of home support. When we played the Anzac Test at AAMI Park there were a lot of Kiwis there," he said.

"Melbourne has a lot of Kiwi fans, so hopefully they all turn up on the weekend."