Every AFLW game will be broadcast live, with all finals televised on both free to air and Foxtel, under the new broadcast deal struck for women's football.

Under the four-year deal, Fox Footy/Foxtel will televise all games, with Channel Seven broadcasting two home-and-away matches per round, likely to be on Saturdays and Sundays in 2019. Industry sources believe the deal is worth close to $2.5 million a season. 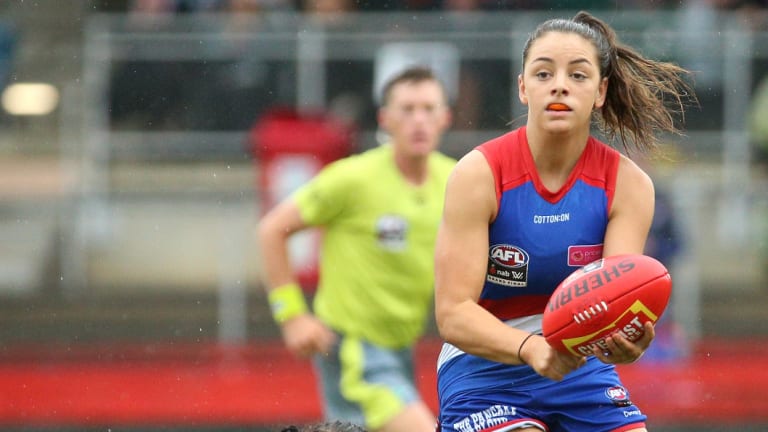 All AFLW games will be televised over the next four years.Credit:AAP

Foxtel and Seven have paid a modest fee for the rights, which runs until the end of 2022, when the AFL broadcast deal for the men's competition (with the same parties) also expires.

There will be five AFLW matches on Foxtel each week in 2019, as Geelong and North Melbourne join the AFLW. A further four teams will join the competition in 2020.

From 2020, Seven will broadcast three home-and-away games per round.

While the money from the broadcast rights will not come close to covering the costs of the AFLW competition, the AFL views the investment in the women's game as critical and a long-term play.

The expectation is that AFLW players will have much greater pay increases, in percentage terms, than their male counterparts over the next few years, with relatively small increases until 2022 (after a huge increase in 2017) for the men locked in under the terms of their pay deal.

The AFL is outlaying $4.74m to AFLW players in 2019 and while the top players are paid only $24,600 – plus extra payment for finals (and not counting other club/AFL employment) – and the minimum is $13,400, this still represented a 38 percent increase per club compared with last season.