The teams, the format, the favourites and the criticism, here is everything you need to know about the 2019 tournament. 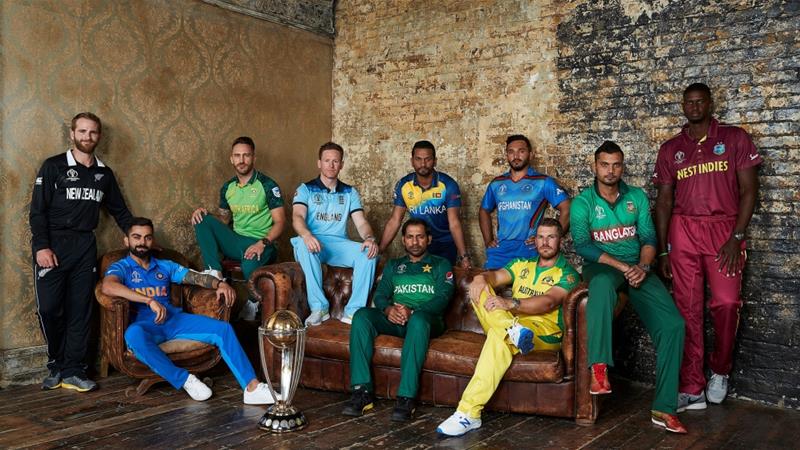 The 12th edition of the Cricket World Cup kicks off in London on Thursday.

England is hosting the world cup for the fourth time. The tournament returns to the United Kingdom after two decades when Australia beat Pakistan in the 1999 final.

Here is what you need to know about the 2019 tournament:

Which teams are taking part?

The 2019 World Cup goes back to a round-robin format (in which each team plays against all other teams in turn) – last used in the 1992 World Cup – with 10 teams taking part:

Every team plays each other once before the top-four advance to the semi-finals.

When are the matches taking place?

The 2019 World Cup starts on May 30 with the last round-robin fixture taking place on July 6.

England will take on South Africa in the tournament opener with neither side having won the global event.

The semi-finals will take place on July 9 and July 11 with the final scheduled for July 14 at Lord’s cricket ground in London.

Who are the favourites?

England. The hosts have won their last 10 One-Day International series. They swept Pakistan away 4-0 earlier this month

“England have got a great side. They’ve actually got a winning side and they could win this World Cup,” said former Australian fast-bowler Brett Lee.

West Indies have won the World Twenty20 twice and have power-hitters all the way down the order. Having scored 421 in their warm-up match against the fancied New Zealand, the West Indies side is capable of denting the opposition bowlers in the field.

“I have never ever counted the West Indies out,” said former West Indies great Viv Richards.

However, despite the issues plaguing Australia cricket in the last 12 months, it won’t be wise to rule out the five-time champions.

Who are the new kids on the block?

None. All teams in this tournament have played in a World Cup previously.

Afghanistan, however, will be the least experienced side, having made their World Cup debut four year ago. The rise of Afghanistan’s national cricket team has seen them come from playing in the ICC World Cricket League Division Five in 2008 to making their Test debut earlier this year and qualifying for two World Cups.

“It’s an outstanding story. The way they have forced a cricket team that can be feared is incredible,” said former England captain Nasser Hussain.

“They have some wonderful bowlers. Do not take them lightly.”

Why is the tournament being criticised?

The International Cricket Council’s (ICC) decision to reduce the tournament to 10 teams has been criticised by the associates who are yearning for more exposure at the highest level.

The 2015 edition, held in Australia and New Zealand, featured 14 teams, including UAE, Scotland and Ireland. All three of them will be absent from the 2019 edition as will be Zimbabwe, who missed out qualifying after having played in every World Cup since 1983.

Which are the players to watch out for?

Rashid, with 125 wicket in just 59 ODIs, is a force in the shorter formats of the game.

Chris Gayle, former West Indies captain, is playing his last World Cup and despite missing games due to injury and league commitments recently, he will be ready to script a fairytale ending.

Virat Kohli, India’s captain, is officially the best ODI batsman in the world and marked by former cricketers as the player to watch out for. He has already scored 611 runs this year.

England’s batting line-up. The top-ranked ODI team has gone past the 300-mark six times in the last 10 completed ODIs, having also scored 418 against West Indies and scoring 340-plus in every completed match against Pakistan recently.