Ken McPeek never forgot the advice of his late mother, Ann, who told him: “Son, stretch yourself. You’ll be fine.”

His willingness to stretch himself allowed McPeek to emerge as a prominent trainer in North America, able to succeed when others might never have taken the chance.

He bucked 70-1 odds when he sent Sarava to oppose the Triple Crown threat War Emblem in the 2002 Belmont Stakes. War Emblem stumbled badly at the starting gate, leaving Sarava to score what remains the greatest upset in Belmont Stakes history.

When others saw shortcomings in Curlin when he was a yearling in 2005, McPeek spotted potential and orchestrated his purchase for $57,000. Curlin became one of the great bargains in racing history when he developed into the Horse of the Year in 2007 and 2008 and was inducted into the National Museum of Racing’s Hall of Fame in 2014.

In his latest gambit, McPeek broke potentially significant ground with his willingness to send a four-horse contingent to Dubai this year to compete in a variety of races at Meydan Racecourse.

While American owners and trainers have gone to the United Arab Emirates since the Hall of Fame trainer Bill Mott saddled Cigar to victory in the inaugural running of the Dubai World Cup in 1996, the action in the months preceding the lucrative World Cup card held little interest for them.

“I do like trying things,” McPeek said. “I think racing horses in general is a lot of fun. And it’s even more fun when you’ve got a horse you can travel with.”

McPeek, 56, thought he had four such horses when Grecko, Honorable Treasure, Senior Investment and Harlan Strong were loaded onto a van at Gulfstream Park in Hallandale Beach, Fla., to begin their long journey to compete as part of what constituted a rather grand experiment. 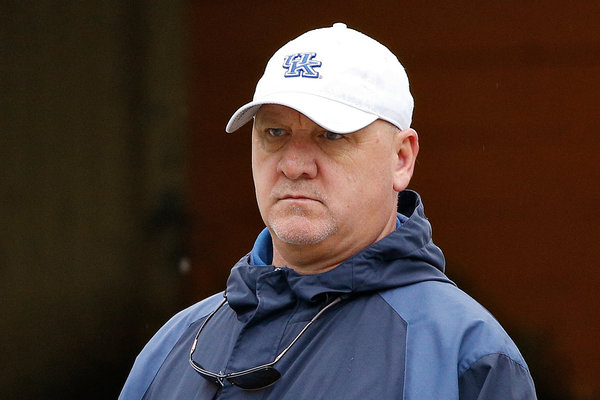 In this case, it turned out to be not so grand.

Grecko, a 3-year-old bred in Argentina, remains a candidate as a long shot for the $2.5 million UAE Derby on Saturday. His stablemates, though, made the journey back to the United States much earlier than planned after a series of disappointments. They are recovering from their misadventure at Magdalena Farm in Lexington, Ky., which McPeek owns.

Honorable Treasure, second to the Grade 1 winner Audible in the $200,000 Cherokee Run Stakes last Nov. 3 at Churchill Downs, made an auspicious debut at Meydan when he placed second in a six-furlong race on Jan. 17. He was star-crossed in drawing the rail for each of his next two starts and broke slowly in finishing eighth at one mile on Jan. 31 and then ninth at seven furlongs on Feb. 21, much to the consternation of his owners.

When Lerner was asked if he would consider sending another horse to Dubai for races outside the World Cup, he replied, “I’d really have to think long and hard about it.”

Senior Investment, a 5-year-old best known for a runner-up finish in the 2017 Preakness Stakes, improved slightly on a sixth-place finish at 1¼ miles in a Handicap race on Jan. 24 by taking fourth in the Group 2 Al Maktoum Challenge at 13/16 mile on Feb. 7. Harlan Strong, also 5, succeeded only in demonstrating that the competition is even stiffer on turf than it is on dirt. He fared no better than sixth in three starts.

“It’s been a learning experience, let’s put it that way,” McPeek said. “I’m not going to say it’s been fruitful. It’s not been what I hoped. If I could have won a race or two, I’d have been thrilled. But it hasn’t unfolded that way.”

Although his horses shipped well and were accompanied by initial supplies of their usual feed and hay to aid the transition to vastly different but plush surroundings, not much went as planned after that. McPeek said he believed a lack of familiarity with American horses in handicap races that are part of the Dubai Carnival led to inordinately high weight assignments. Horses are assigned to carry different weights in an attempt to create a level playing field.

“I think they assumed we were bringing top-level handicap or stakes-type horses from the U.S.,” he said. “We got rated like better older horses than we were.”

Otto Draper, who oversaw the daily operation at Meydan as McPeek’s assistant, said he believed that the dirt racing surface favored horses whose natural style is to run on or close to the lead. None of their runners fit that.

“The dirt races, they’re winnable,” Draper said. “But I think you need to have horses that really need to be up toward the front end.”

Steve Asmussen, a Hall of Fame trainer, joined McPeek in sending a horse with American connections to Dubai far ahead of the World Cup. Tone Broke, owned by L and N Racing, appeared to be a 3-year-old that would benefit from running at distances longer than those offered in the United States. He twice ran at 13/16 mile at Meydan, finishing sixth in his first start on Jan 24 and 14th in the Al Bastakiya on March 9. A strong performance was needed in the latter to be invited to participate in the UAE Derby.

Michael Levinson, racing manager for L and N Racing, based in Tulsa, Okla., is straining to find an explanation for what went wrong. “He just didn’t like the track,” Levinson said. “I don’t know what happened. He’s better than what he ran over there, though.”

Chad Summers, an American who trained the sprinter Mind Your Biscuits to victories in the Dubai Golden Shaheen each of the last two years, has observed these mishaps, but is hardly discouraged by them.

He said he had every intention of spending the winter in Dubai in 2020 and planned to explore making private purchases of horses that he said he believed would be capable of meeting the mental and physical demands of competing there.

“The beautiful thing about Dubai racing is the condition book for next year is already out,” Summers said of the book that details the racing schedule. “We have time to sit there and study it and decide, ‘What is our game plan, A, B and C?’ That helps you try to figure out what kind of horse you want to bring over there.”

Summers added: “The big thing with me is I really like to be able to target a race. Meydan allows you that opportunity.”

Levinson expressed no regret after their plan went awry. “You take shots. Sometimes it works out, sometimes it doesn’t,” he said. “You can’t second guess yourself in this sport. It’s already tough enough as it is.”

McPeek, while emphasizing the need to bring more horsepower, is undaunted. “It hasn’t been what I thought,” he said. “But, at the same time, I wouldn’t rule out going again.”