ANDRE GOMES has returned to social media following an operation on the horrific broken ankle he suffered on Sunday.

The Everton star, 26, was left with a fractured and dislocated ankle after colliding with Spurs stars Son Heung-min and Serge Aurier. 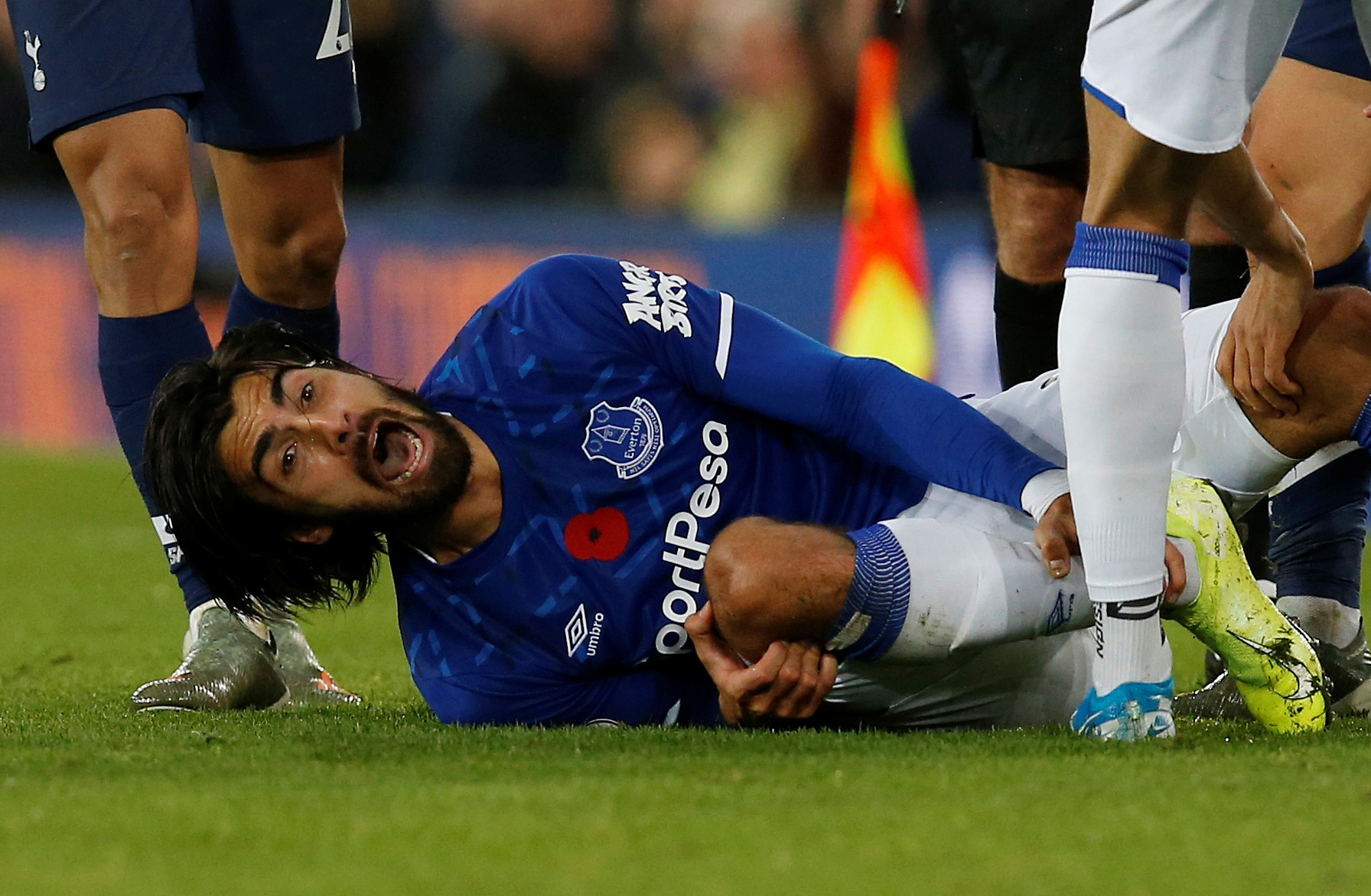 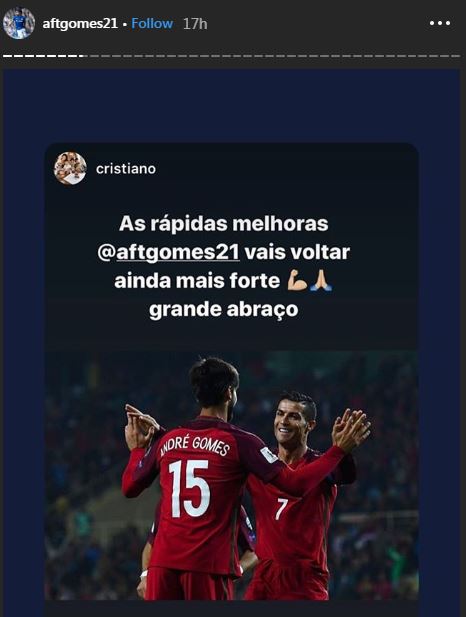 Gomes was rushed to hospital during the 1-1 draw and had surgery yesterday – which the club confirmed went "extremely well".

It was thought no Toffees players were able to visit Gomes because he was on such a "strong dose of painkillers".

But now it appears Gomes is conscious and well after a number of get well wishes were posted on his Instagram account.

Ronaldo wrote: "The quicker improvements @aftgomes21 will come back even stronger. Big hug."

Fabian Delph, Richarlison and ex-Arsenal star Alex Iwobi were among the other Goodison favourites to feature in the post.

Delph said: "It is difficult to put into words how we feel. 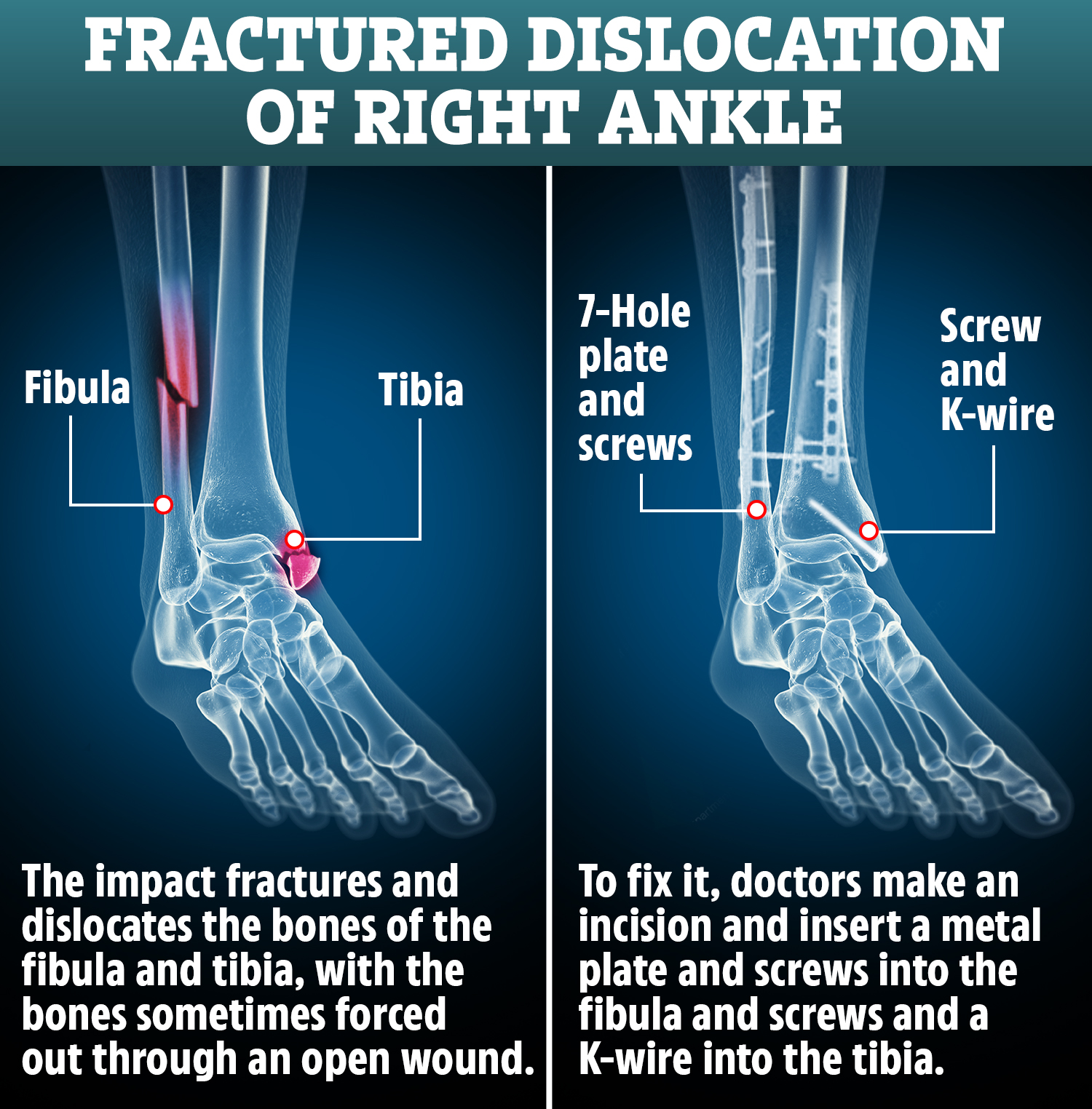 "Our thoughts are with Andre. He is one of our brothers. We will give him all our support."

England keeper Jordan Pickford said: "Thinking of you brother. We're all here for you.

"Hope to see you back on the pitch as soon as possible."

Lucas Digne posted on Twitter: "My brother everybody is with you. I know you are the beast and you come back stronger."

Everton confirmed yesterday that Gomes is expected to make a full recovery.

Although a timescale on his return has not yet been made official after his op at Merseyside's Aintree Hospital.

Tosun, who grabbed the late equaliser in the draw, explained the horror of seeing Gomes' injury first-hand.

He said: "Everybody is so sad inside.

"Some players, they nearly cried. Andre was in shock. His eyes were open so big. He was crying, shouting and screaming. I just tried to hold him and speak to him. I tried to tell him to stay calm. 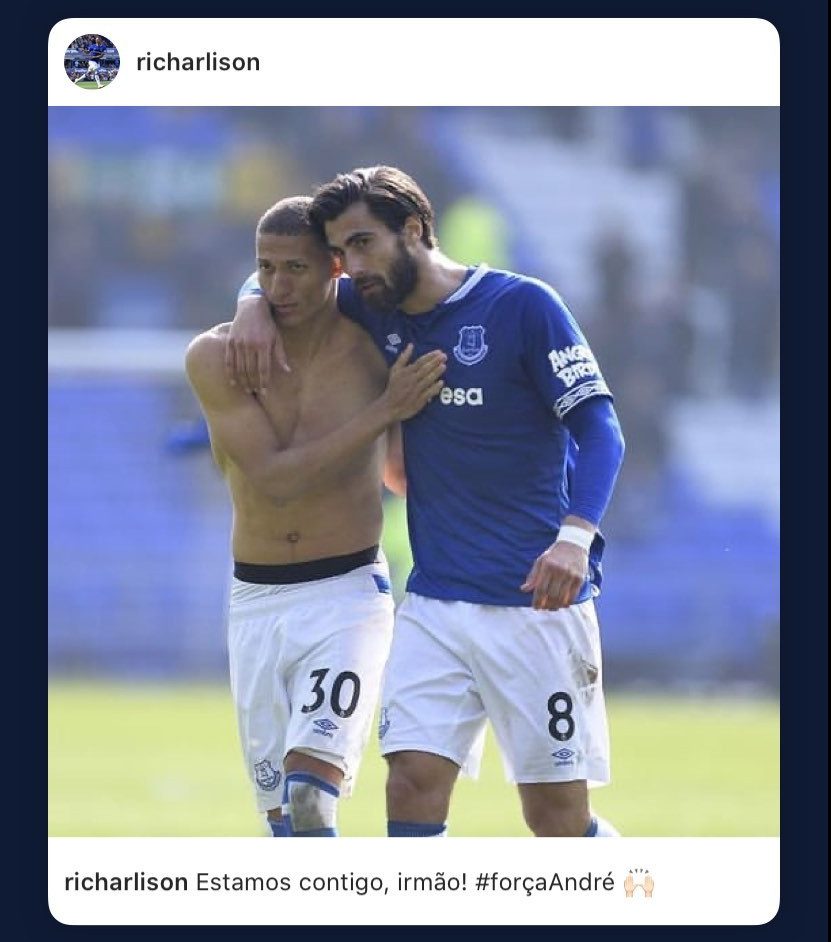 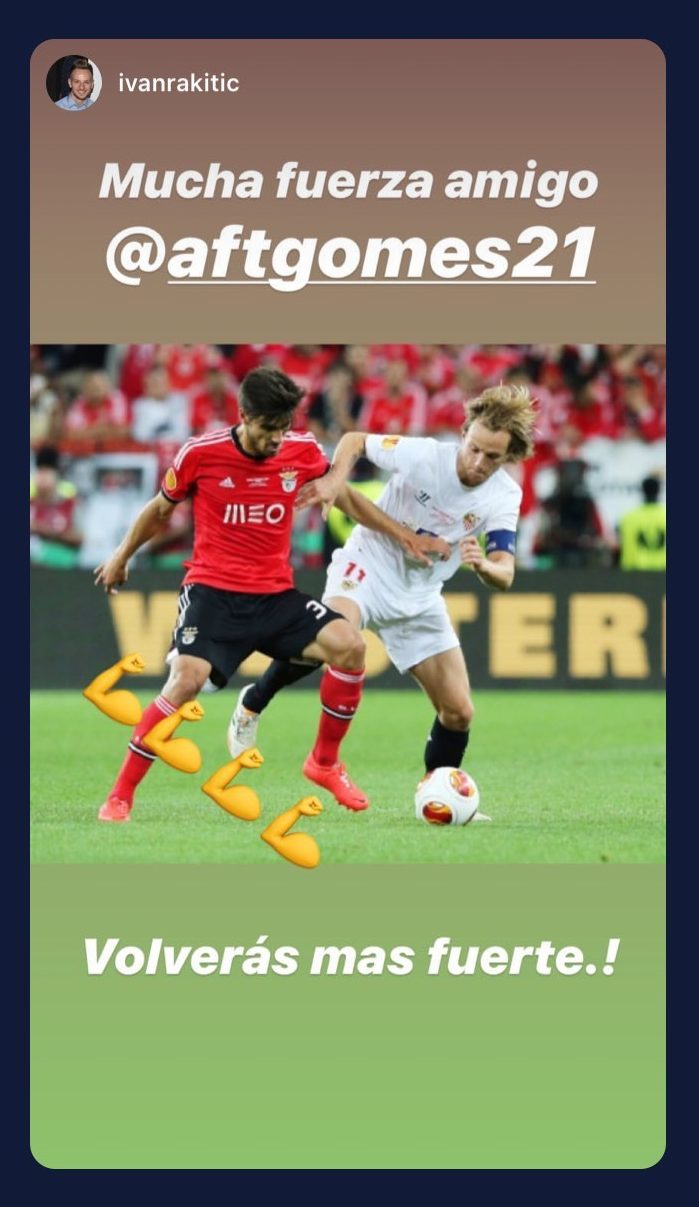 "We couldn't understand him. He was the one who had got the injury."

Son was originally going to be given a yellow for the challenge but the Premier League released a statement explaining why he was shown a straight red instead.