ANDY CARROLL has scored on his first Championship start for Reading.

The 32-year-old put the Royals 2-1 up on the half-an-hour mark against Swansea after the second-tier strugglers had gone a goal down just three minutes into the game. 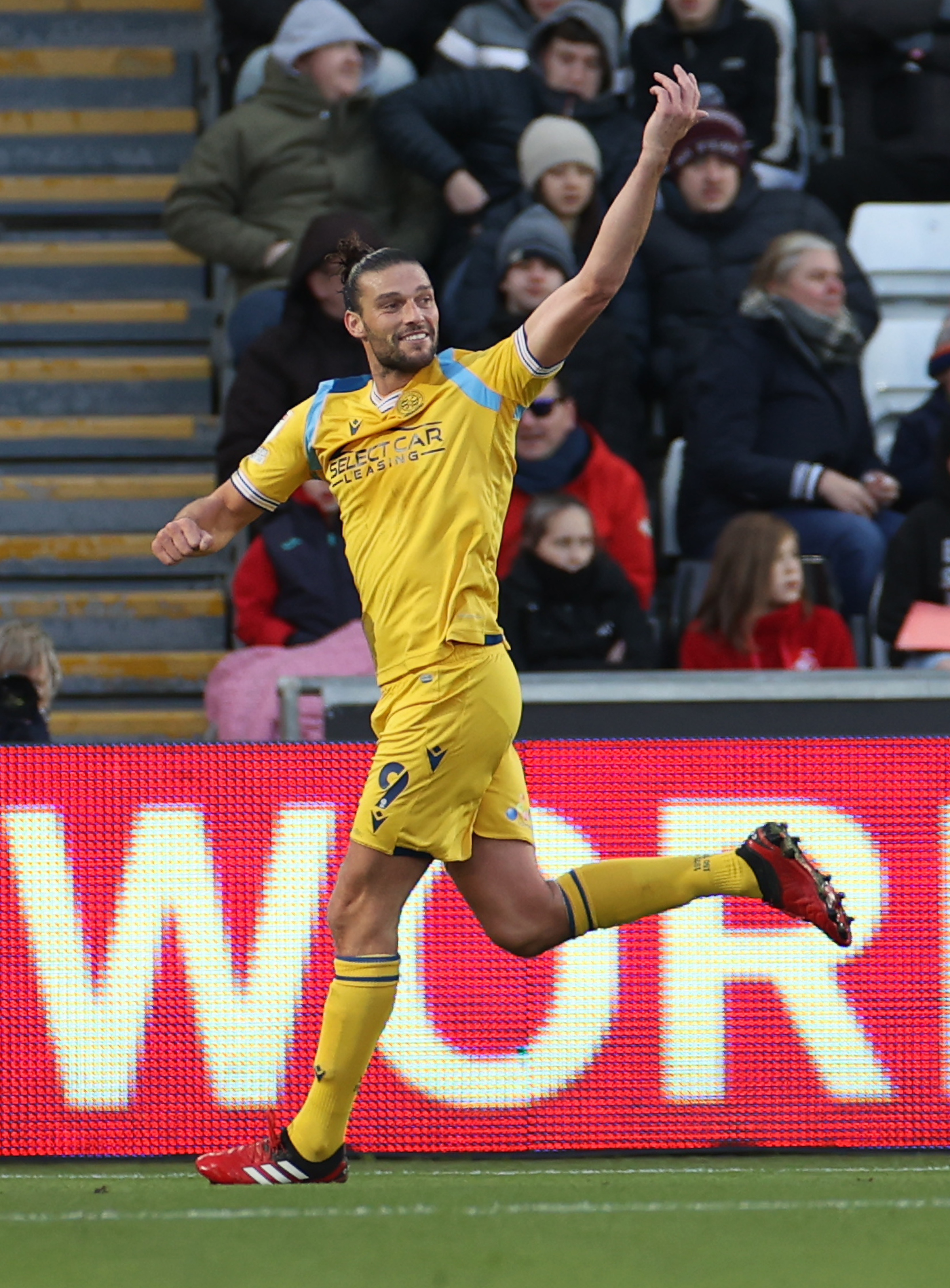 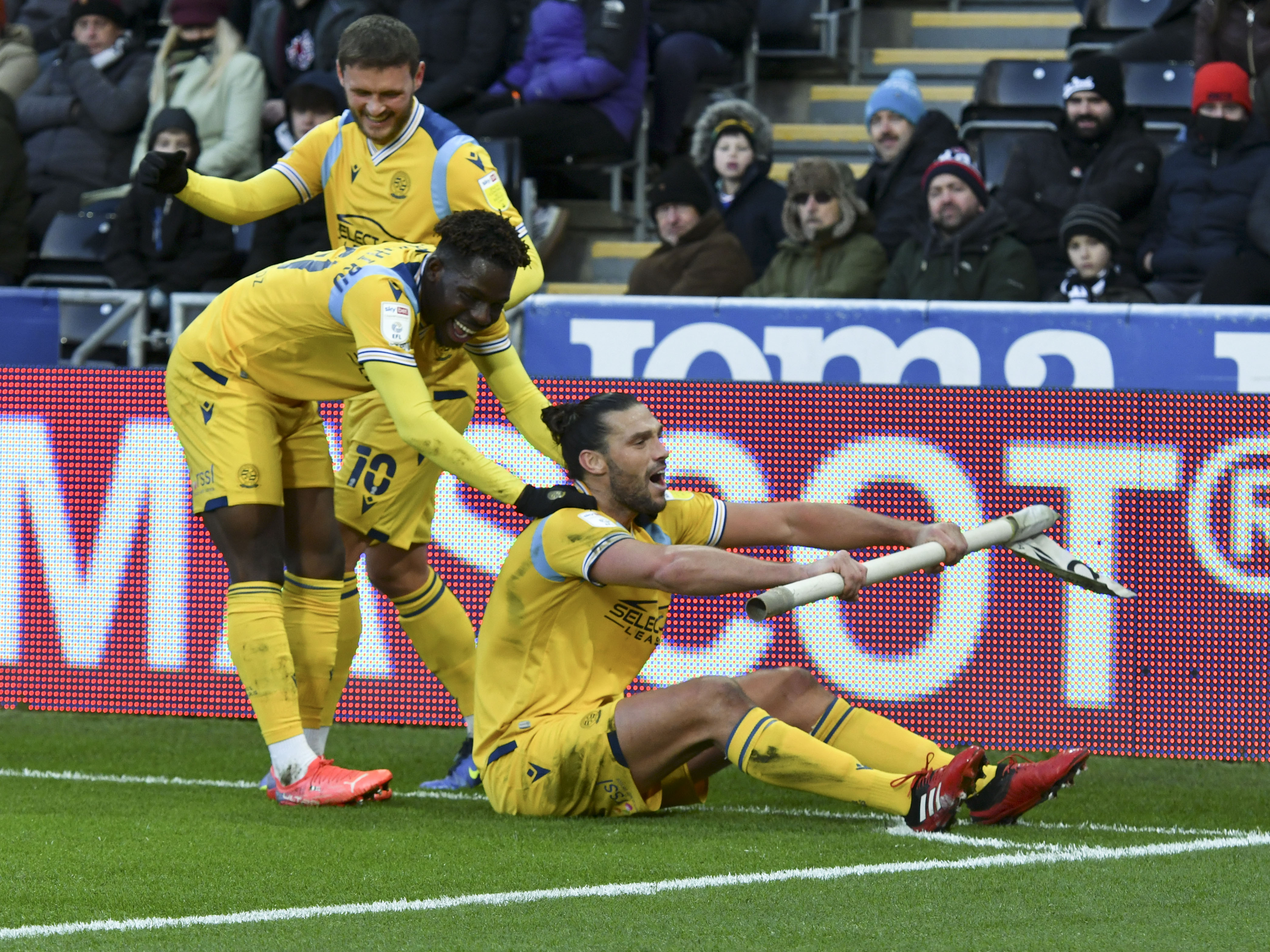 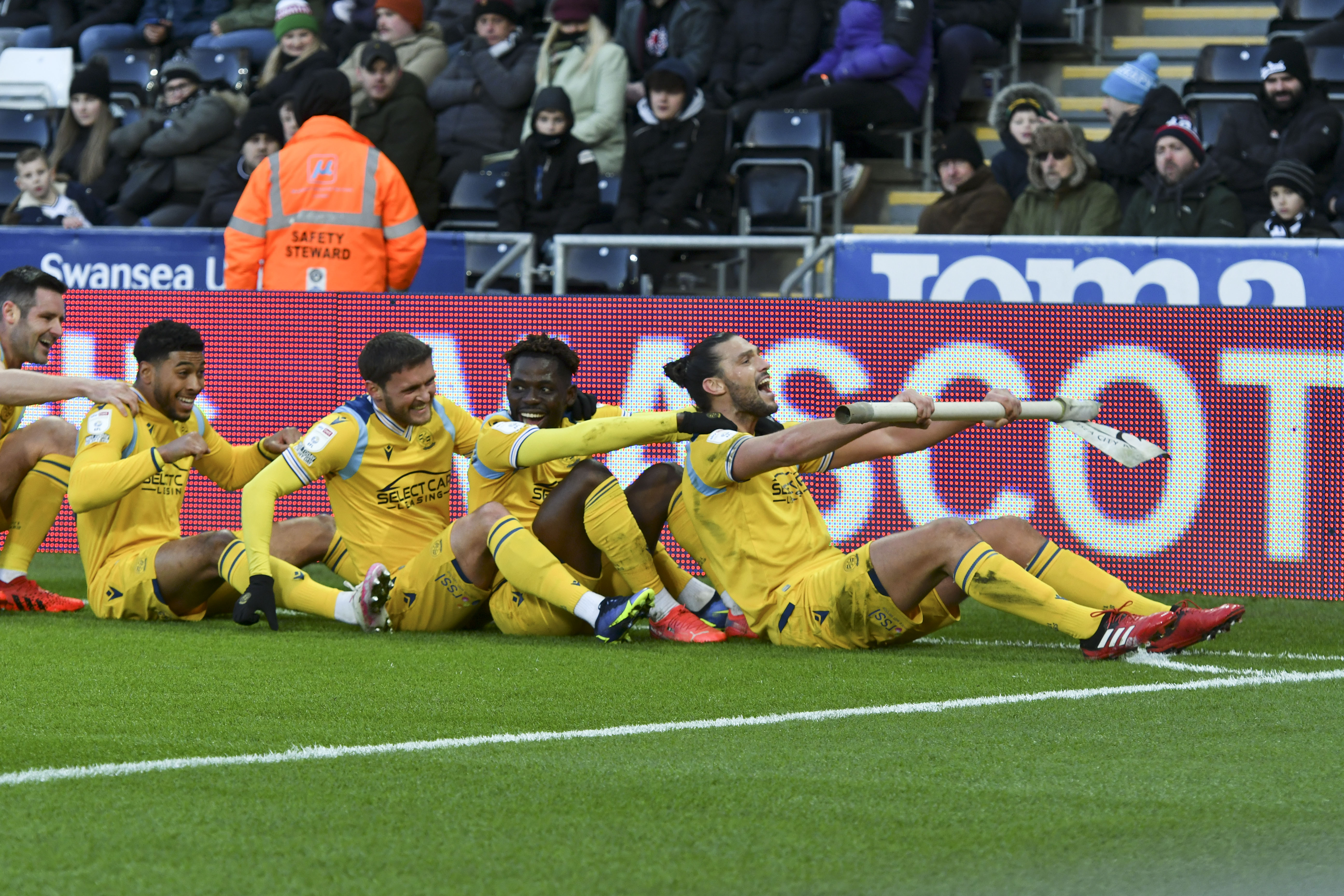 Carroll expertly took down a Danny Drinkwater long ball over the top into his stride before holding off the challenge of on loan Liverpool defender Rhys Williams.

Carroll, also formerly of Liverpool, then cut inside onto his left foot and fired a low effort past Ben Hamer in the Swansea goal.

He proceeded to celebrate by grabbing the corner flag out the ground and sitting down with his team-mates behind him, using the flagstick as a fake oar to imitate rowing.

It's his first start for the Berkshire club since signing on a TWO-MONTH contract earlier this month.

Describing the striker, they wrote: "How about that for a composed finish from @AndyTCarroll?

"He beat the offside trap, before cutting in on his left, and firing in past Hamer! YES!"

Drinkwater meanwhile is on loan at Reading after a miserable four years with Chelsea.

He joined the Blues from Leicester for £34million in 2017 but has played just 23 games for the South-West Londoners.

Carroll meanwhile been a free agent before joining the Royals since his second stint with boyhood club Newcastle ended in the summer.