The Mirror say a future bout with WBC champion Wilder would be worth a colossal £200m. 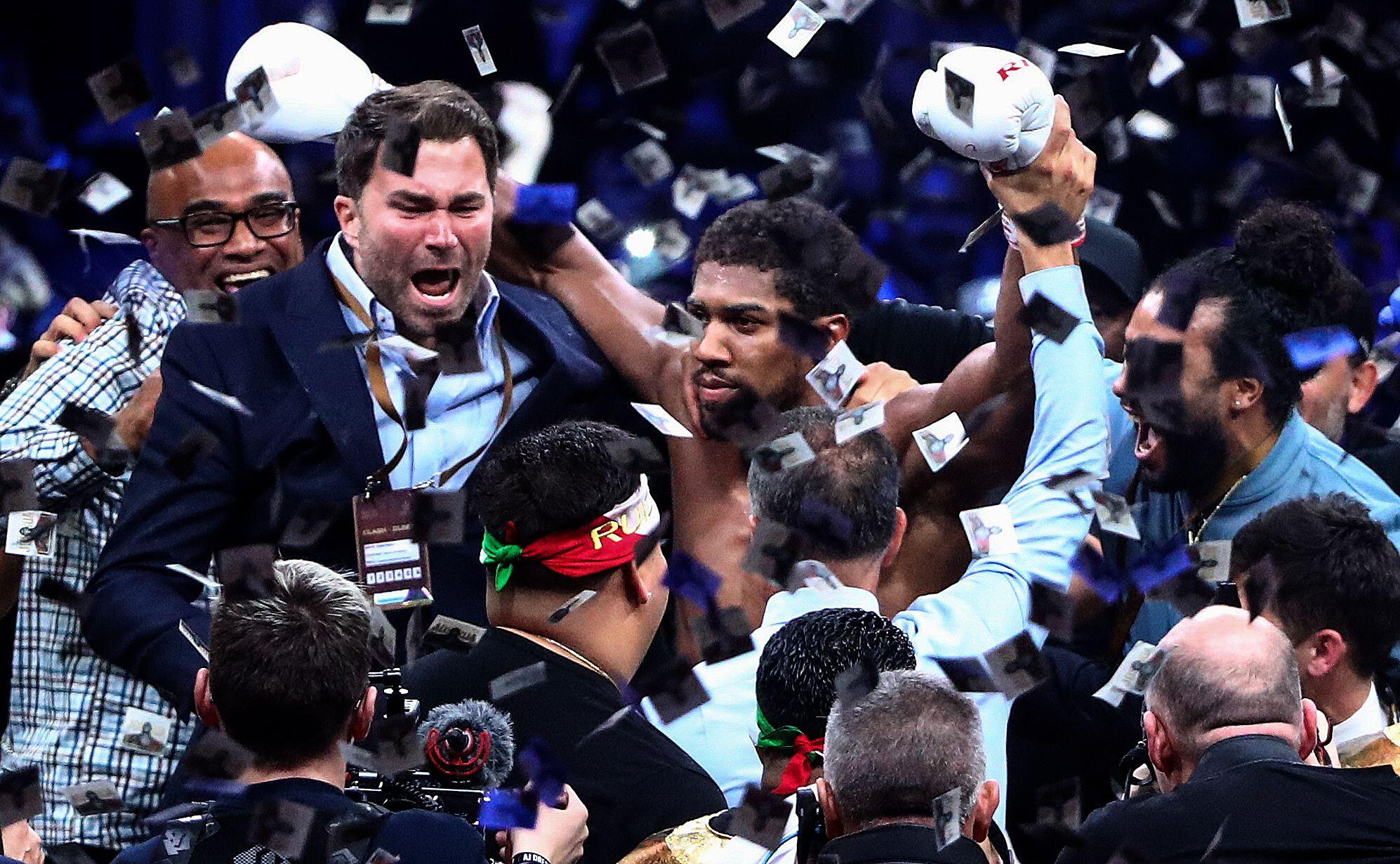 They claim Joshua, 30, increased his fortune by £52m after his unanimous points win over Andy Ruiz Jr in Saudi Arabia on Saturday night.

Now they quote Team Joshua member Mark Seltzer, a cut man who has been involved in 50 world title bouts, as saying how much the mega-fight would be worth.

He said: "The sky's the limit for Josh.

"A mega-fight with Wilder could see them attract a purse of £200m.

"It's the fight the world wants to see. With money from the Middle East and the Far East now in the sport, countless backers will pay."

Wilder's immediate focus will be on Tyson Fury.

The Gypsy King takes on the Bronze Bomber – who would likely split a £200m purse with AJ evenly – in their eagerly anticipated rematch in February.

And it appears Joshua – who was rumoured to have made as much as £66m out of the Ruiz rematch – wants his go at both of them after that.

He said: "I'd love the opportunity to beat Wilder or Fury. You can see I'd beat them." 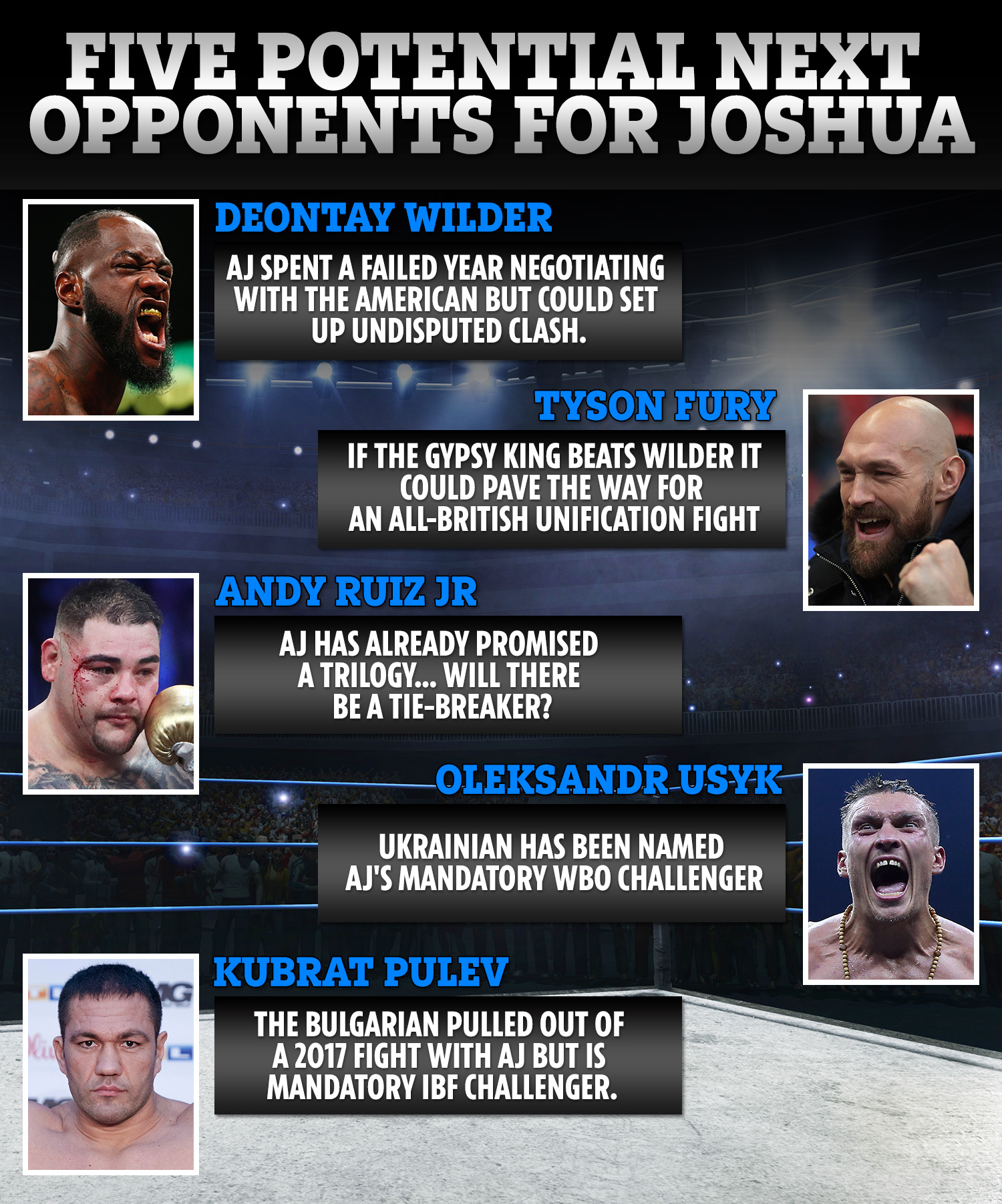 But a Spring mega-fight against Kubrat Pulev at Spurs' new stadium is also being lined up.

BBC boxing, however, claim that a mouthwatering rematch against Dillian Whyte in March could be next on Joshua's agenda.

Respected journalist Steve Bunce said: "Dillian Whyte at Wembley next year makes all the sense in the world.

"Ukad have cleared him, Whyte and Joshua have got an old beef – that's perfect."

Whyte's doping violation was dropped the day before he beat Mariusz Wach on points on the undercard of Joshua's Clash on the Dunes.

The Body Snatcher beat Joshua as an amateur in 2009.

His only defeat in 28 professional fights was a seventh-round knockout by AJ at the O2 in December 2015. 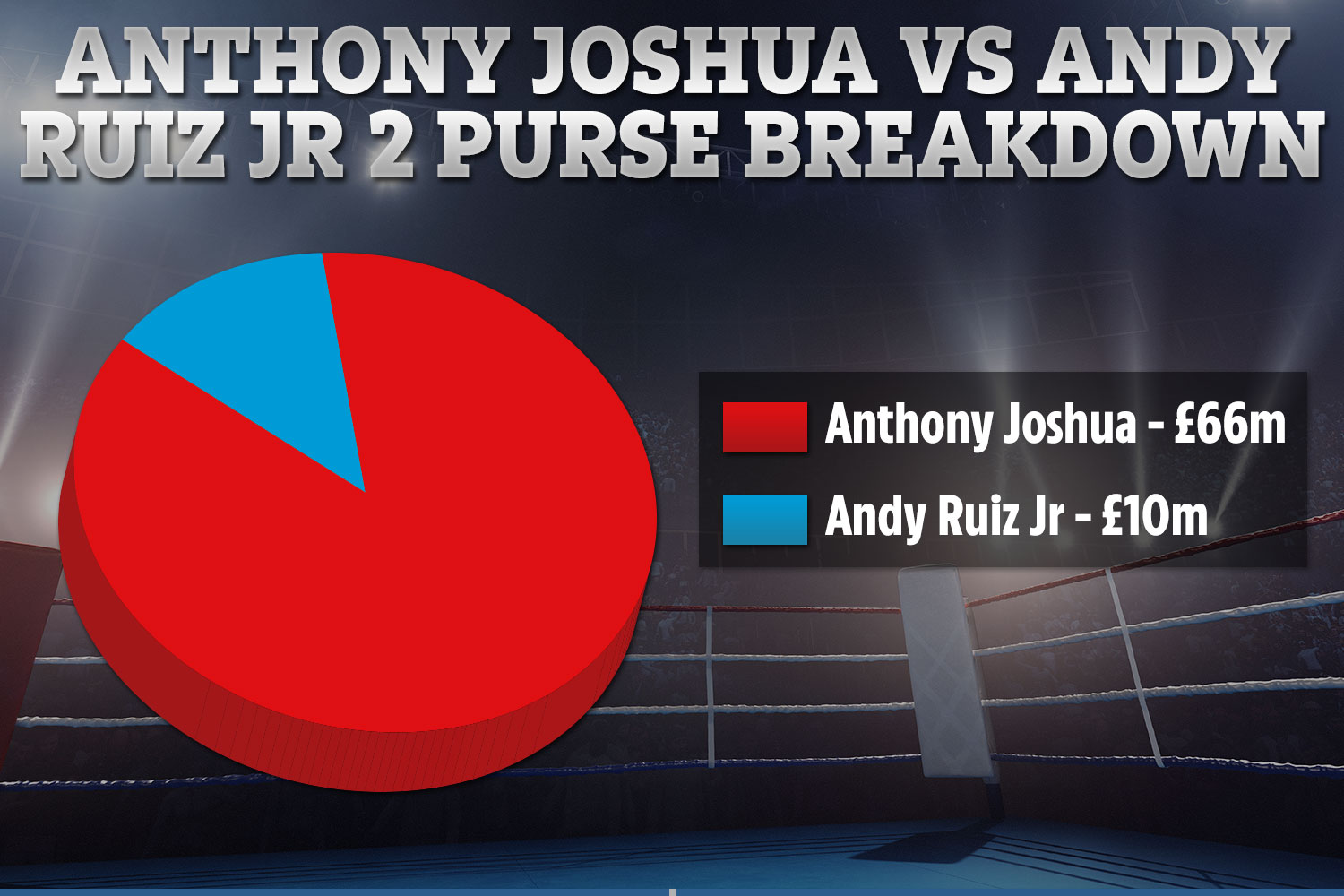 Holding a heavyweight bout outside in March – such as is being suggested at Wembley – poses obvious problems with the weather.

And Wembley is one of the host stadiums for next summer's Euros.

Joshua has fought at the home of Welsh rugby twice before, beating Carlos Takam in October 2017 and Joseph Parker in March the next year.

Joshua, the WBA, WBO and IBF king, would prefer to fight old enemy Whyte over all others.

Speaking of his next bout, Joshua said: "It would be mega. Looking at how many people came out here shows there's still a big interest in the heavyweight division, especially now we are taking the belts back.

"To defend them back on home soil would be big news.

"It would be better against another Brit but, if not, I will follow my mandatory and crack on that way.

"The work begins again because around March I'll be defending those titles again.

"I'm already focusing on my next fight."