ANTHONY JOSHUA left Gary Neville stunned after showing off his incredible skills on the speed-bag. 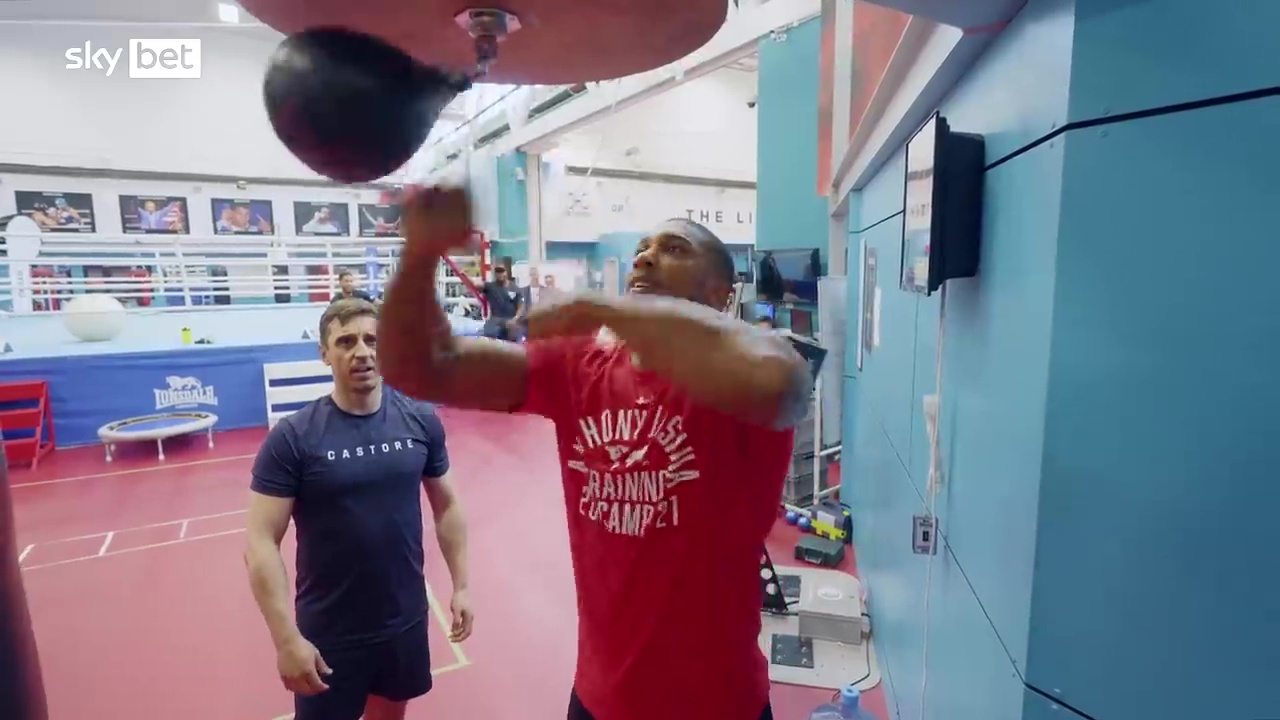 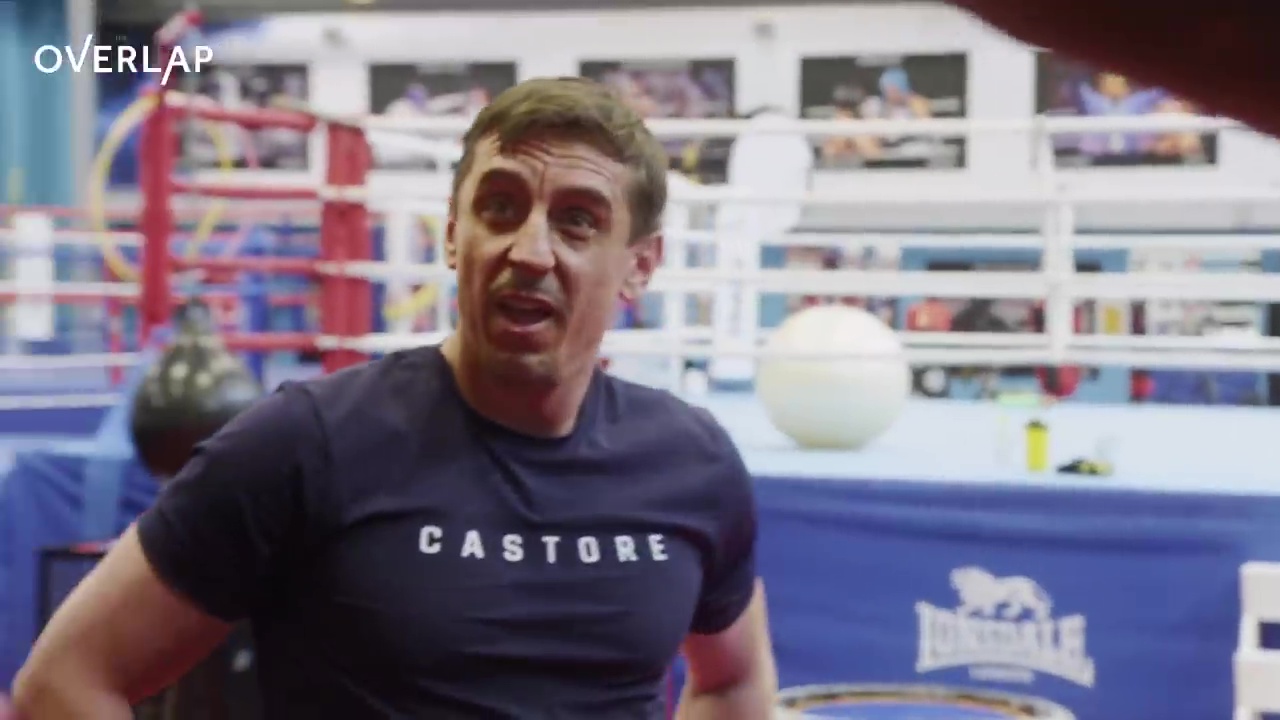 But the former right-back could not quite get the hang of the peanut bag, and unified champion AJ had to show him how it's done.

Joshua produced blistering speed and expert rhythm to create the sweet sound of the speed ball in full affect – but it had Neville almost speechless.

The ex-England defender had to watch and learn as AJ then gave him some drills to do on the heavy bag, including combination punching.

It then got hands on for the pair, as 2012 Olympic champion Joshua took Neville on the pads.

And this time it was AJ raising an eyebrow due to Neville's right uppercut, as he told the Sky Sports pundit 'lovely, got some power!'

After getting a masterclass from the heavyweight superstar, it was time to get down to business.

And Neville asked the questions everyone was wondering – why is AJ not fighting Tyson Fury?

"I'll smoke that guy. I will. It's annoying. For me, I don't really get into the Twitter back and forth, because it's Twitter fingers.

"Anyone can sit behind a computer and talk. Let's be real, let's be honest. Let's let the people know.

"You're the one that let the fans down, because everyone seems to think.

"I fought on December 12th. When they were like, 'Who do you want to fight next?' I said I don't want to call out any names.

It came as Fury was ordered to fight Deontay Wilder, 35, in a contracted trilogy bout after the American took his case to arbitration.

Now, those two rematch once more on October 9, while Joshua faces mandatory challenger Oleksandr Usyk, 34, on September 25 at Tottenham's stadium.

Promoter Eddie Hearn has revealed – should AJ and Fury prevail in their interim fights – the Battle of Britain could be salvaged for February 2022.

And Joshua promised as long as he is champ, boxing fans WILL get to see the one they have waited so long for.

He said: "He's a fighter isn't he. What's the worst that can happen? You get hit. He's been doing it for years.

"However, I just know on my end, and my management team and my promoter – we done everything we can to make this happen and as long as I'm champion, I'll compete with anyone.

"I've got a tough challenger coming up now. A great fighter."