Rain in the DESERT! Bad weather including 72mph winds and rain hits the site of Anthony Joshua’s huge rematch with Andy Ruiz in Saudi Arabia… prompting fears some of the event could be CANCELLED

Anthony Joshua’s rematch with Andy Ruiz Jnr is under threat with wind and rain threatening to cause havoc in Saudi Arabia.

Sportsmail understands the rain is getting heavier, and that while the main event will not be affected, there could be interruption to the undercard.

The eagerly-anticipated rematch takes place in Diriyah in a 15,000 seater stadium, but the rain is already teeming down in Diriyah and while there is a small roof above the ring itself, none of the spectators will be under cover. 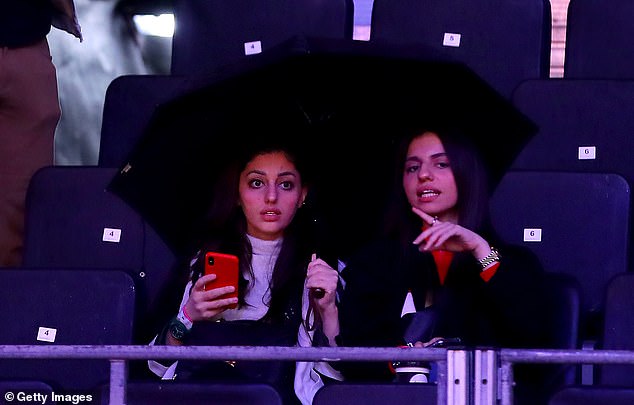 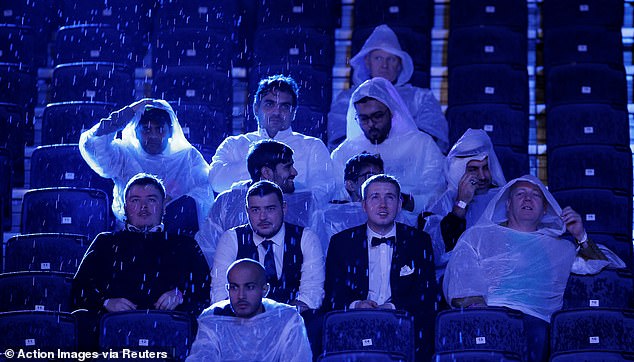 That has been made clear by early images ahead of the fight of spectators taking cover under umbrellas and wearing ponchos as the rain continues to fall.

There is believed to be a 78 percent chance currently of further precipitation at 9pm – when the ringwalk is due to take place – but the main fears of officials lie with not only the wind but also the threat of lightning.

However, should winds clock 72mph there is every chance the undercard will be cancelled, while  a single flash of lightning will be sufficient to cancel the highly-anticipated rematch. 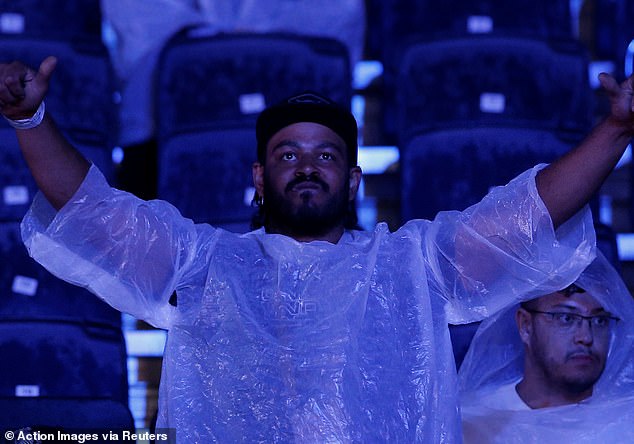 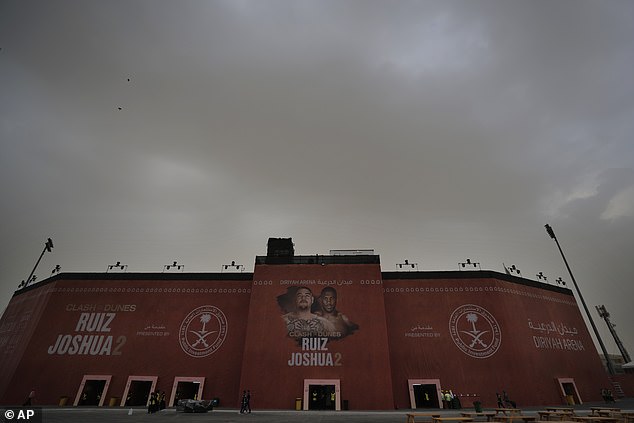 A reserve date has been pencilled in for early 2020, but it would represent a huge anticlimax after an unprecedented buildup to the fight.

Construction on the 15,000 seater arena only began less than two months ago, with 175 dedicated staff and workmen making sure it was all ready in time.

Diriyah is located in the north-western outskirts of the Saudi Arabian capital, Riyadh, and is a location which experiences around 17 days of rain a year. 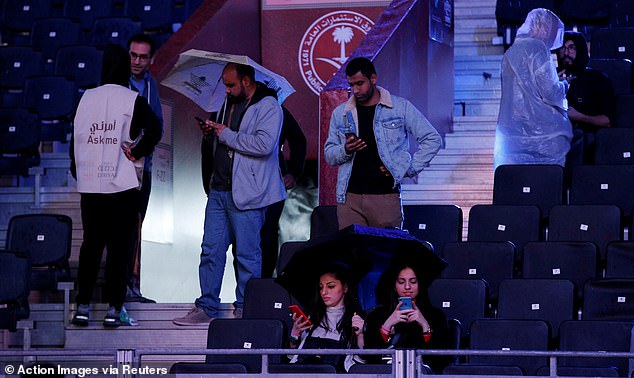 While cancelling the fight is an absolute last resort, the undercard may well be under threat

The fight is the first between Joshua and Ruiz since the latter caused one of the biggest upsets in boxing history by defeating the former at Madison Square Garden in June.

Joshua will now attempt to reclaim his IBF, WBO and IBO heavyweight titles in Saudi Arabia but it is feared some of the event could be called off.