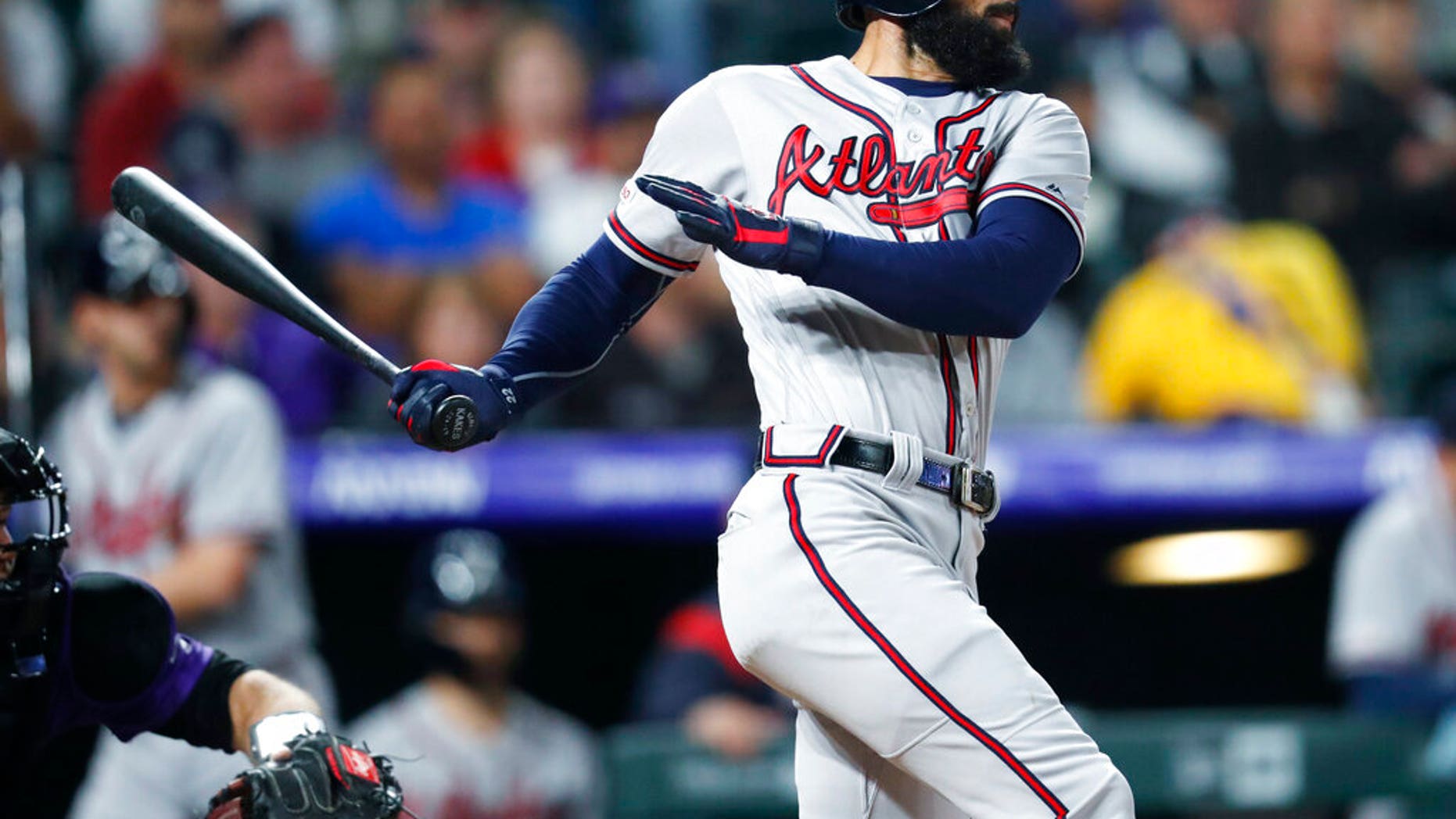 Atlanta Braves’ Nick Markakis follows the flight of his single off Colorado Rockies starting pitcher Kyle Freeland in the fifth inning of a baseball game Monday, April 8, 2019, in Denver.
(AP)

A neighbor called police around 11 p.m. on March 29 to report that someone was inside Markakis’ home, the Atlanta Journal-Constitution reported, citing a police report.

At the time of the robbery, Markakis and his teammates were in Philadelphia, 11 Alive reported.

Responding officers found a window broken and the front door open, the police report said. A safe containing $20,000 in cash, an AR-15 rifle, three 9 mm handguns, and a Breitling watch and another firearm in the basement had also been stolen, Markakis later told police.

GET THE FOX NEW APP

No additional details were provided. An investigation is ongoing.