MIKEL ARTETA has insisted nothing has changed regarding Mesut Ozil after the German was again omitted from the Gunners matchday squad.

The 31-year-old has failed to play a single minute of football following the restart last month, with Arteta previously stating it was for "tactical" reasons. 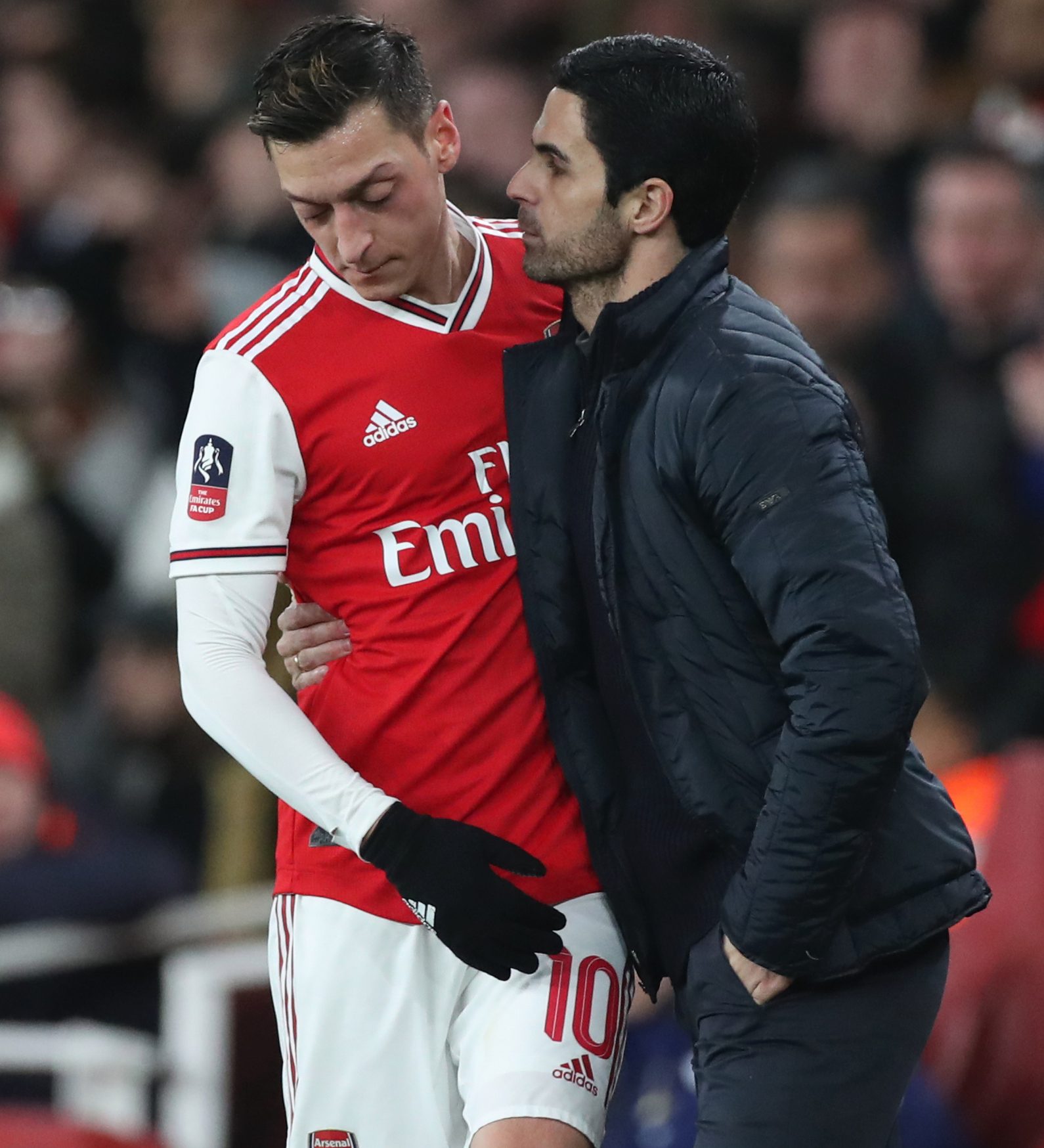 It was then claimed by the North London club that his failure to be named amongst the substitutes was due to a back injury he picked up.

But there has been no mention of such injury in recent games, and with his deal at the Emirates expiring next year, the World Cup winner may have played his last game for the club.

The last time Ozil was seen was on the bench away at Southampton, where he was mocked by fans for using an umbrella to shelter him from the sun.

That looks likely to be the last time supporters see Ozil this season, with Arteta telling reporters that he has no update on his situation.

The ex-Everton ace was quizzed on the former Real Madrid playmaker following Sunday's 2-1 defeat in the North London derby against Tottenham.

Commenting on Ozil, Arteta said: "He’s still in the same position as he was last week or two weeks ago.

“And we said that we would manage everything internally.”

Pressed on what exactly he meant by that, he added: "That I have nothing tosay."

Ozil's agent Erkut Sogut has stated that his client intends to remain at the club until his £350,000-a-week contract expires in 2021.

SunSport exclusively revealed last week that Ozil is seeking a move to Turkey or America once he becomes a free agent.