GRANIT XHAKA has drawn the ire of Arsenal fans after his sensational outburst when substituted against Crystal Palace on Sunday afternoon.

The Gunners skipper was roundly jeered as he trudged across the Emirates turf in the 61st minute to be replaced by youngster Bukayo Saka. 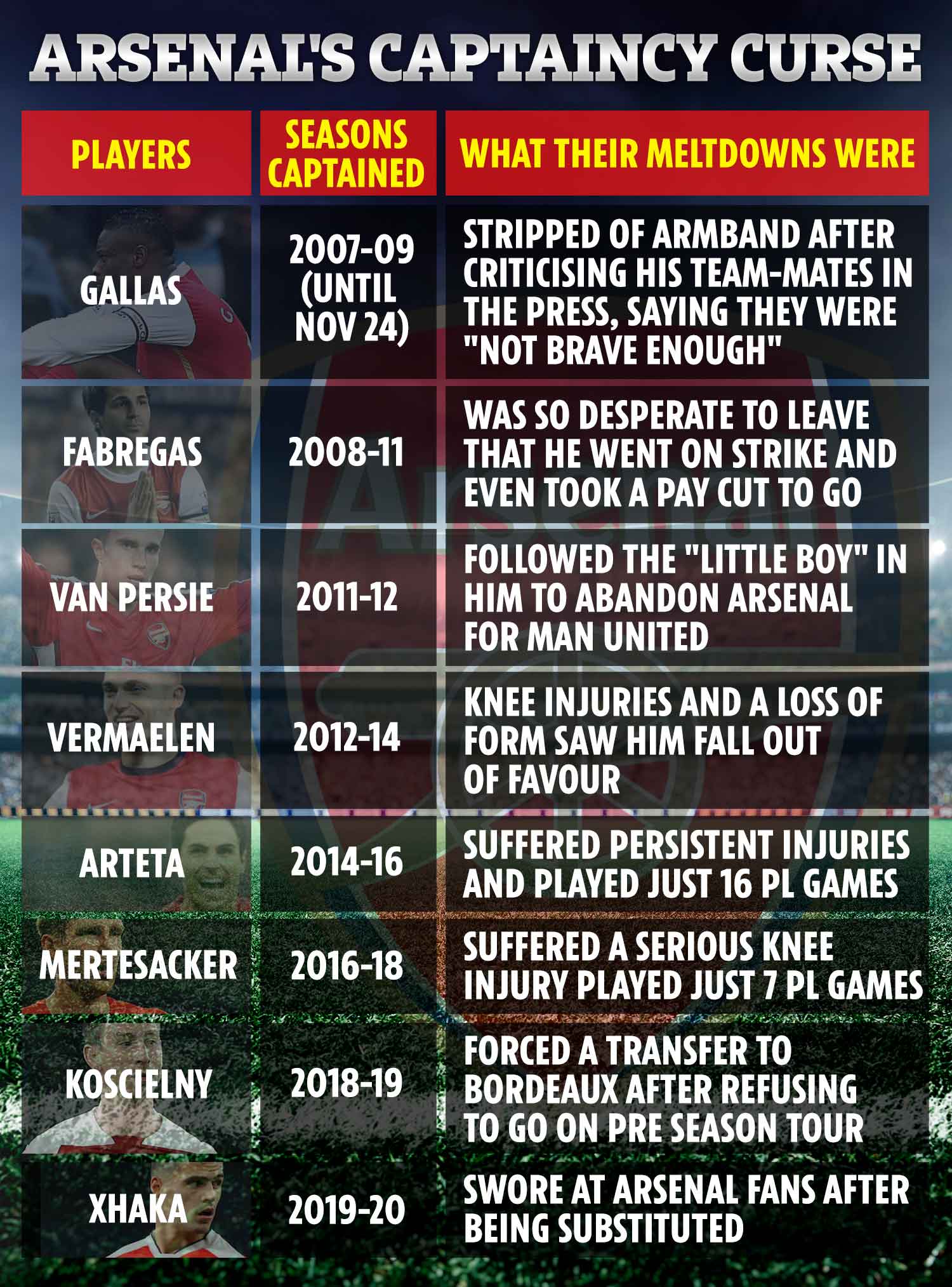 And the 27-year-old let his emotions get the better of him when he bit back – telling his own fans to "f*** off" before striding down the tunnel with more purpose than he had shown at any point on the pitch.

In the aftermath of the desperately disappointing 2-2 draw, many Arsenal fans have called for Xhaka to be stripped of the captain's armband.

And team-mates reportedly had to visit Xhaka at home after the match to console the frustrated Swiss star.

The unpopular midfield schemer is not the first Gunners captain to cause trouble – in fact, he seems to be perfectly following the example set by his controversial predecessors.

The eccentric Frenchman holds the rare distinction of having represented London rivals, Arsenal, Tottenham and Chelsea during his eventful 12 year stint in England.

His appointment was immediately unpopular – with most fans enraged that club stalwart Gilberto Silva was snubbed for the role by Arsene Wenger.

Gallas was criticised for his leadership of the team during the match with Birmingham City in which team-mate Eduardo suffered a horrific leg break.

And he was later stripped of the captaincy by Wenger after publicly accusing his team-mates of not being "brave enough" to win trophies. 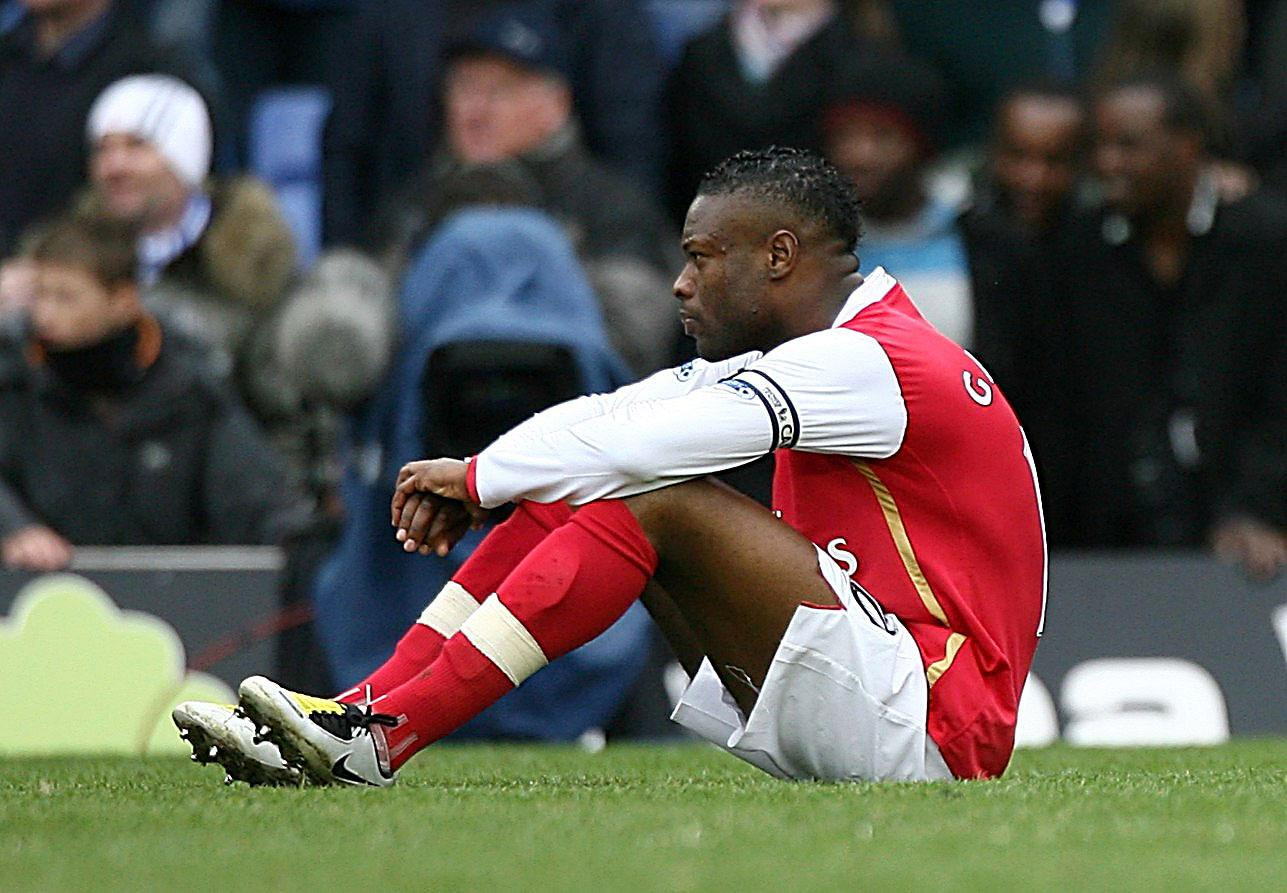 There were early questions as to whether the Spaniard possessed the required leadership skills to drag the Gunners to silverware – after all this was a side that had been lead with distinction by Patrick Vieira not that long before,

But Fabregas' performances on the pitch went from strength to strength, eventually drawing the eye of his boyhood club Barcelona.

Despite Arsenal's best efforts, Fabregas was desperate to leave the Emirates and even went on STRIKE in order to force the move.

Not quite the actions of a committed leader.

After the ignominy of the way Fabregas had departed – Wenger next turned to Van Persie.

The Dutchman had battled persistent injuries in his early years at the club, but had hit the form of his life after the Frenchman kept faith with him.

After scoring an amazing 30 Premier League goals while wearing the armband – speculation began to swirl surrounding Van Persie's future, as he only had a year remaining on his contract.

And after it became apparent that he was not going to extend his Gunners stay, Van Persie enraged fans by signing for rivals Manchester United – claiming it was what the "little boy" in him wanted to do. 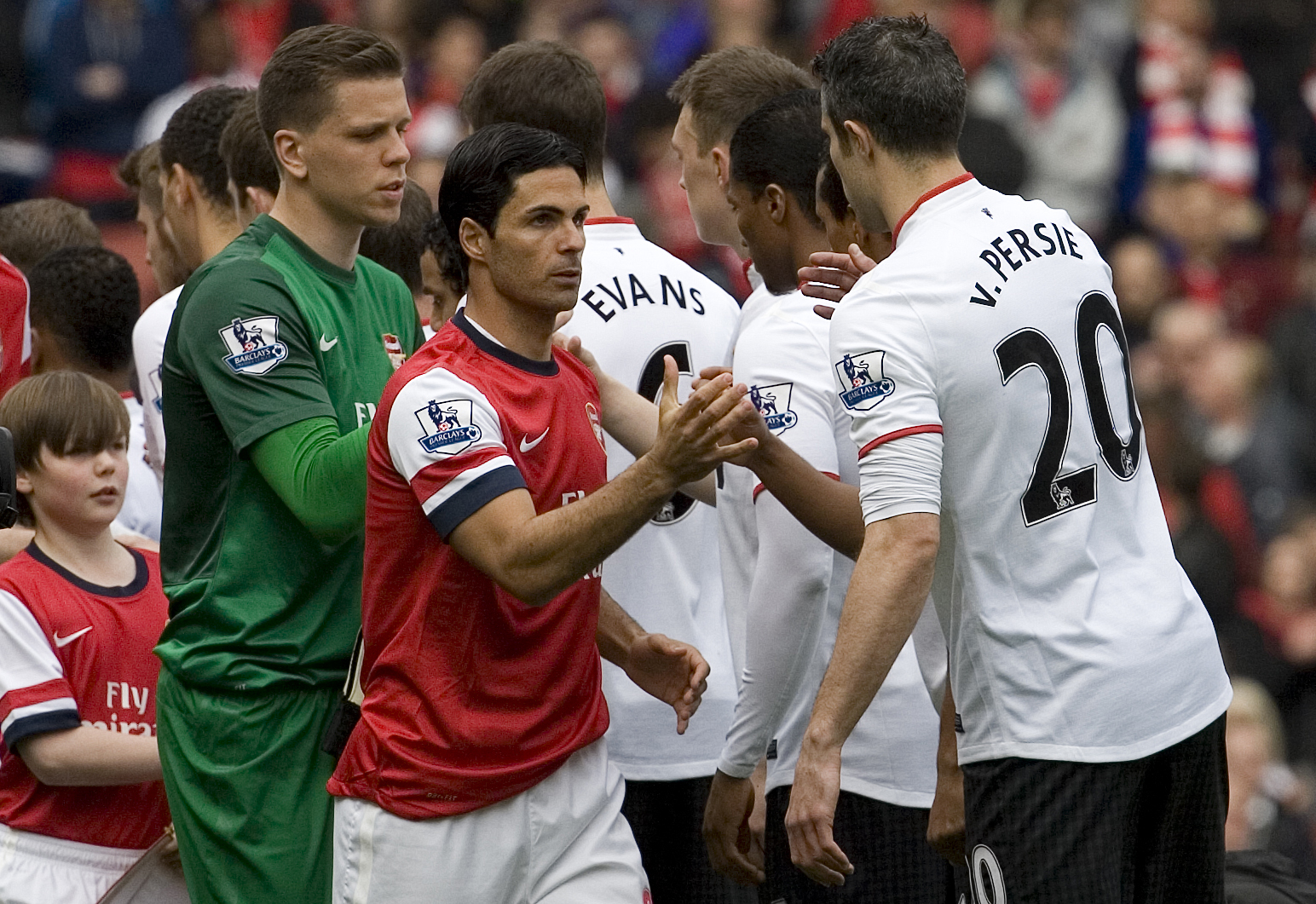 At the time, Vermaelen was Arsenal's best centre-back, so it seemed a no-brainer to hand him the armband.

But perversely the Belgian's influence began to wane, and he was even dropped by Wenger for that season's crunch Champions League clash with Bayern Munich.

Injuries started to play a bigger part in the defender's woes, and he made just 14 Premier League appearances in his final season at the club.

Having been an unused substitute in the 2014 FA Cup triumph, Vermaelen soon followed Fabregas to Barcelona.

Unlike some on this list, the popular midfield shuttler was a positive influence and leader on those around him at the Emirates.

The problem, however, was that he just couldn't stay fit.

The Spaniard featured in just 16 league matches across his two years as captain.

He clearly possessed a good football mind – and was even heavily linked with succeeding Arsene Wenger as manager in 2018.

Arsenal's loss was to be Manchester City's gain, however, as Arteta followed the well-trodden path from the Emirates to the Etihad – now learning as Pep Guardiola's number two.

The lanky German was another popular figure at the Emirates.

The 2014 World Cup winner maximised every ounce of ability that he had while wearing the cannon on his chest.

Like so many others though, his body repeatedly let him down in the latter years of his career.

Mertesacker lasted even fewer league games as club captain than Arteta – but returned after a season injured to perform heroically in the 2-1 2017 FA Cup final triumph over Chelsea.

He now works for the club's academy. 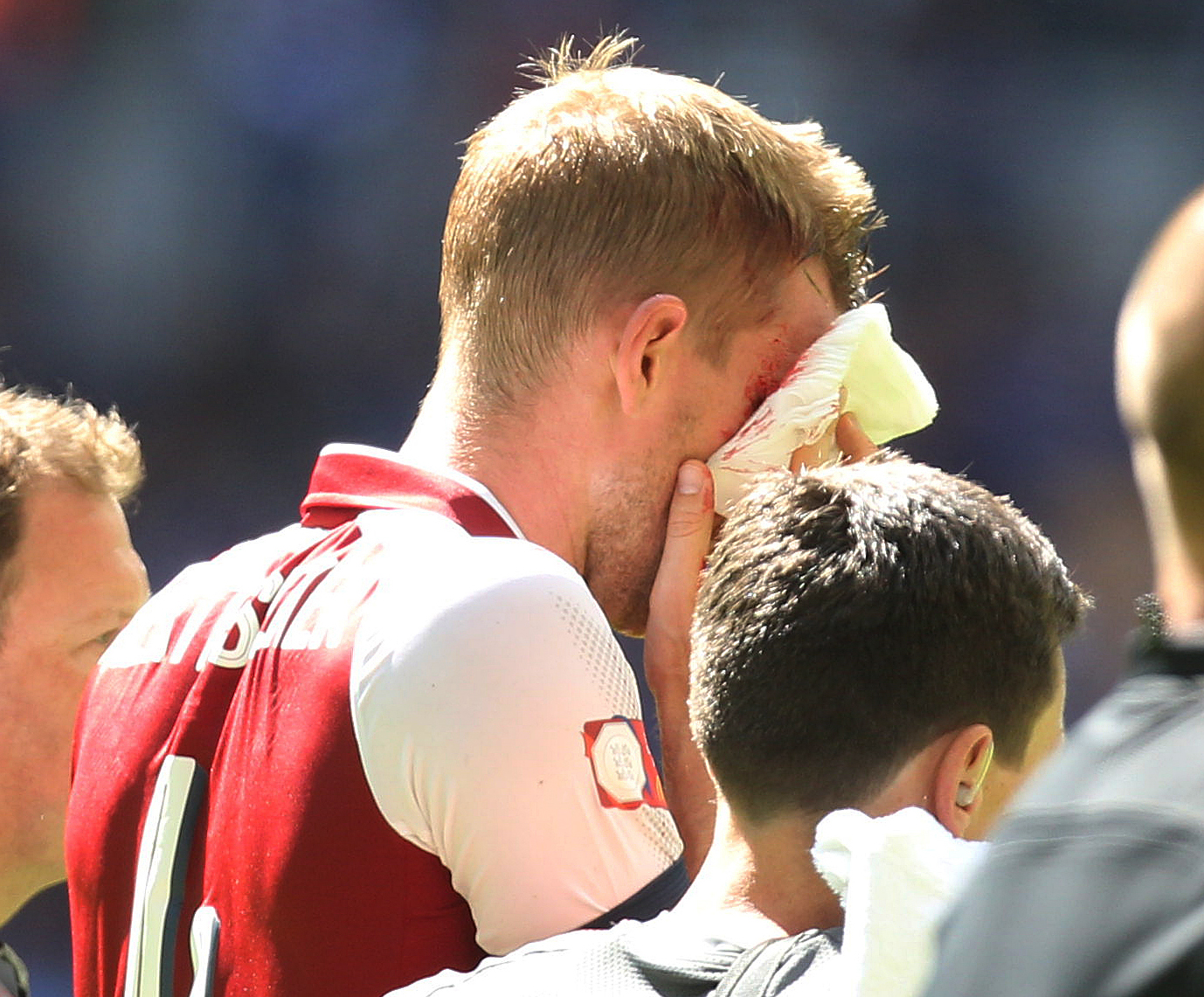 The Frenchman is another whose body had began to let him down by the time he received the armband.

A nasty Achilles injury had appeared to finish him at the Emirates – but to his credit he showed typical spirit to overcome the problem and return to the side.

But then the veteran shocked fans over the summer by refusing to go on the Gunners' pre season tour of the US in order to force through a move to Bordeaux.

He then added insult to injury when he appeared in an announcement video taking off his Arsenal shirt, to reveal a Bordeaux jersey beneath.

The smirk on his face enraged Arsenal fans at the time – but they have grown used to being let down by those that are supposed to be their leaders.