The Gunners huffed and puffed in an attempt to find an equaliser but failed to impress in the derby match, with only Alexandre Lacazette and substitute Aaron Ramsey providing real spark for the visitors. 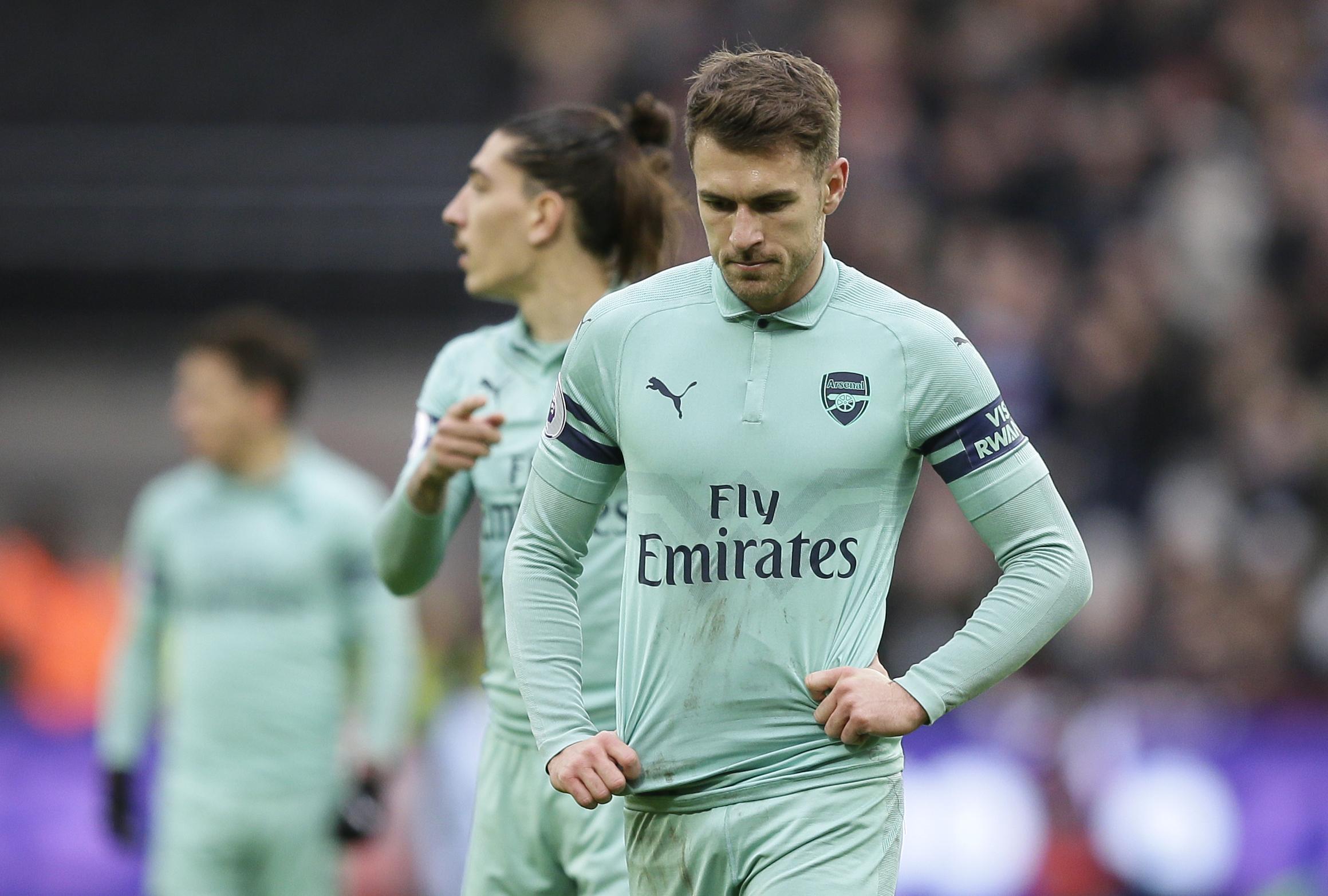 Dealt with balls into the box well and on the whole had very little to do. Absolutely no chance with Rice’s goal which flew into the top corner.

Caught underneath a ball over the top under pressure from Marko Arnautovic as Felipe Anderson shot just wide. Booked within seconds of the restart for sliding in on Anderson.

Developing into one of the main leaders in the Arsenal side – complete with plenty of arm-waving and lots of shouting. But still needs the guidance of his captain next to him.

Returned to the starting XI after missing the Blackpool win. Not back to his best just yet – he may never be – but a commanding presence in the back line and dealt with Andy Carroll well when he came on.

Safe to say this wing-back role is not his best position but he cannot complain about minutes in the first team. Created very little going forward. Hector Bellerin’s return will be most welcome.

Surprisingly picked ahead of Lucas Torreira and battled hard. Misplaced a crucial pass early on which would surely have been an assist for Aubameyang. Almost scored a worldie which the away fans thought flew in.

Failed to clear his lines with a header that led to Declan Rice’s opener and was unusually dragged off by Emery when he switched the formation.

Made a number of crucial, crunching tackles when West Ham were threatening in attack but then clattered Michail Antonio and was rightfully booked. Still looks to be a good option at wing-back. 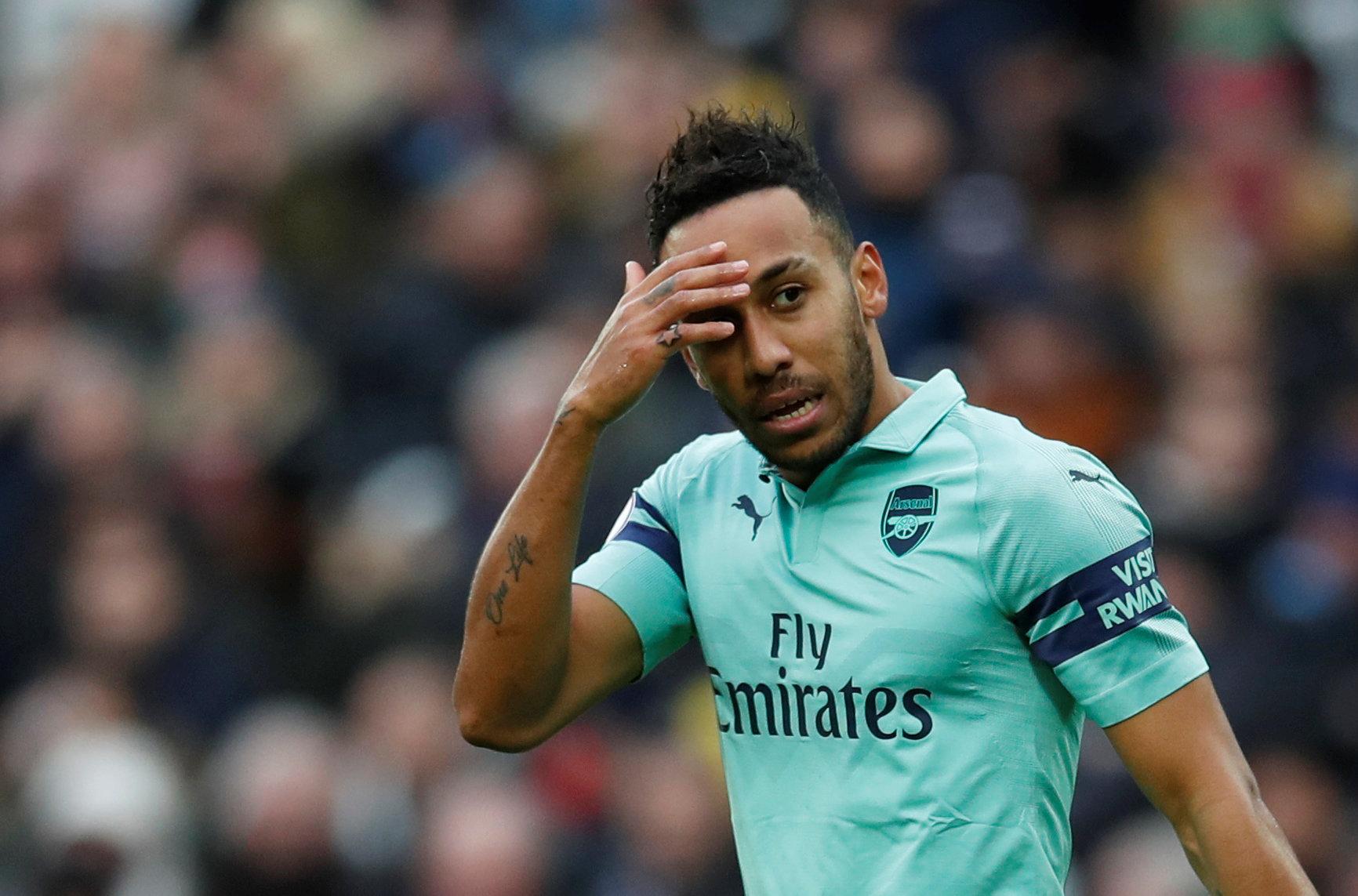 Played to the right of the front three but barely had a sniff. Should have had the chance to open the scoring but Guendouzi’s pass was dreadful and he fired well over in the second half under pressure from Aaron Cresswell.

Arsenal’s brightest player in the early stages, going close with a volley on the turn which was not far away. Tried his best to link up and bring others into play but the team behind him aren’t helping his cause.

A performance like many of his others this season. Exciting on the ball, running at full-backs but still lacking that final piece of quality, whether that be with a cross or a shot. 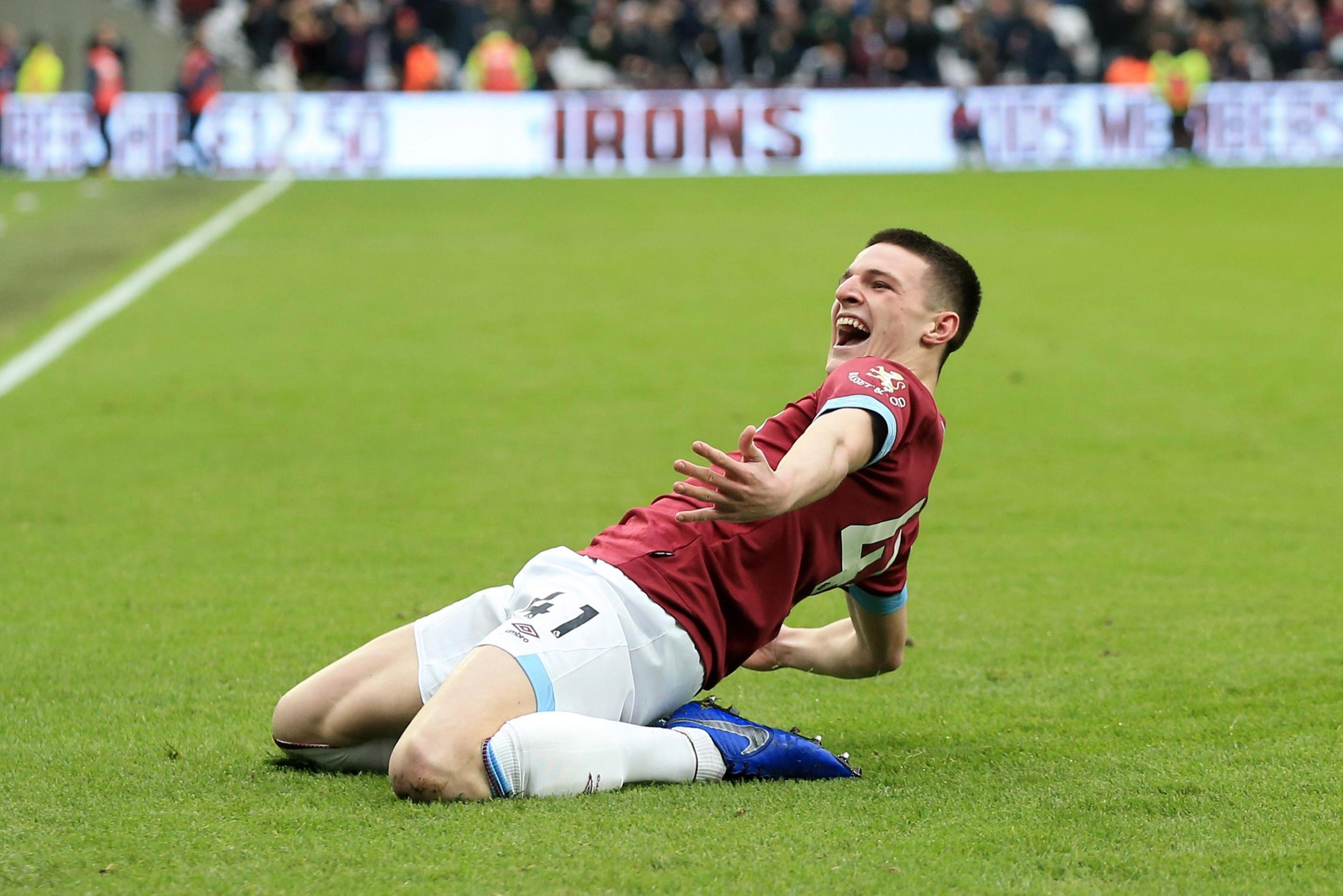 Should have started this game, no doubt about it. He does everything Guendouzi and Xhaka do and plenty more as well. Must play against Chelsea next week.

The more he plays, the crazier his departure seems. Arsenal just tick when he is on the pitch and today was no different. Almost set up an equaliser but Iwobi dragged wide.

Made his return to the first team with 20 minutes to play. Did not get too involved but imperative that he got some minutes before Chelsea are in town next week.