The Switzerland international has been friends with the boy since 2015 when he accompanied him onto the field in his first game as Borussia Monchengladbach captain. 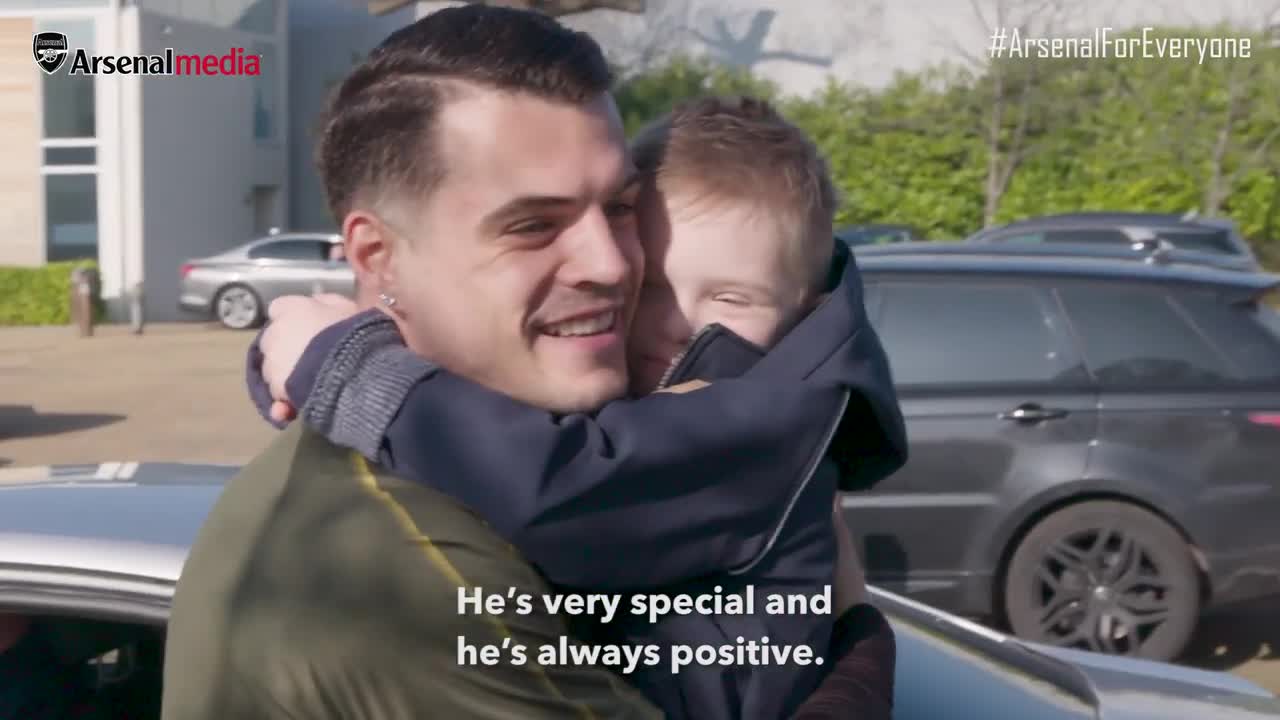 Their relationship grew during the following year prior to the 26-year-old moving to The Emirates Stadium.

But three years on from their last meeting the pair were reunited last month.

Julian, who was diagnosed with the genetic condition upon being born in December 2010, arrived at the Gunners' training ground and was instantly met by Xhaka before being presented with a personalised replica shirt.

Given a tour around the facilities at their London Colney base, Julian then watched the first team train.

Following the session he interacted with a handful of players including Mesut Ozil before netting penalties past Pierre-Emerick Aubmeyang and Petr Cech.

He was then given the ultimate gift as he attended the 2-0 Premier League win over Southampton.

Arsenal have posted a video documenting Julian's unique experience as part of World Down Syndrome Day, which attempts to draw attention to the condition.

Speaking over the footage, Xhaka said: "I have special relationship with Julian. He's very special and he's always positive.

"He's always smiling, laughing and he shows that you can still be happy, despite having a disability.

"There are many people who have everything in life and still complain.

"But this boy knows exactly what he has and still has a positive outlook, a smile on his face.

"My connection with him is very special."

Fans on Twitter naturally reacted positively to the post, which highlighted the compassionate side of the otherwise tough-tackling midfielder 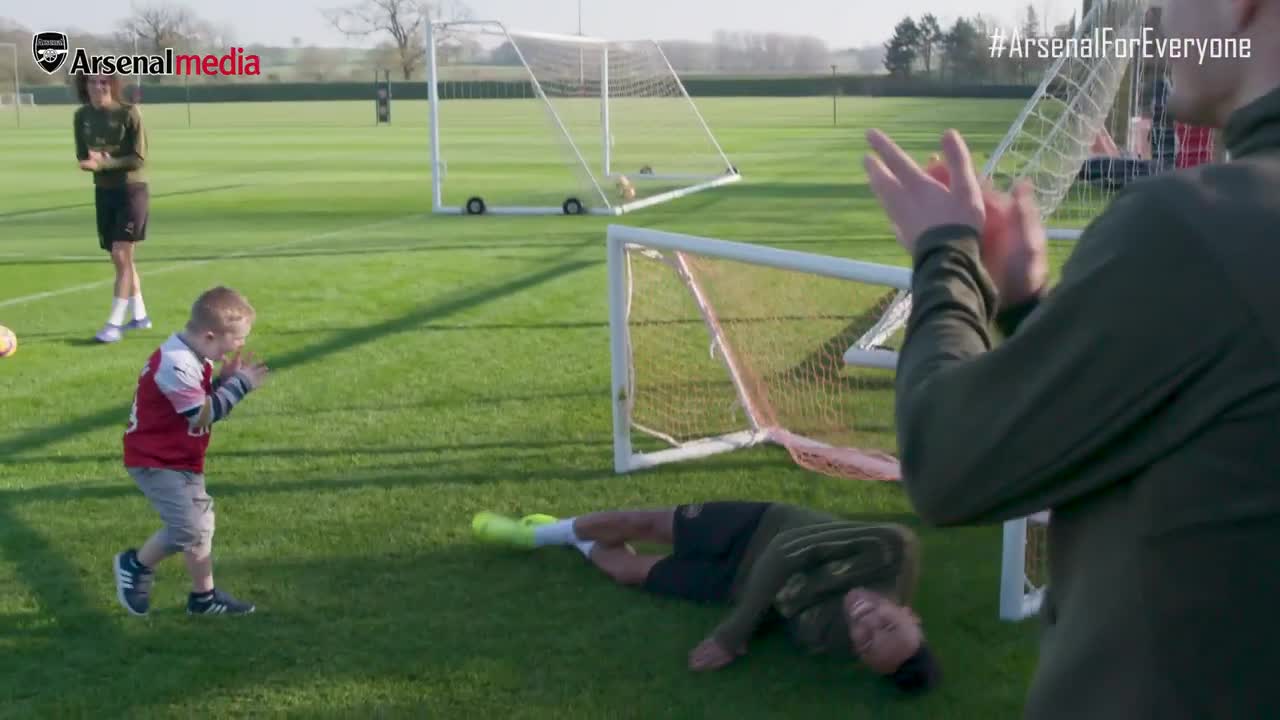 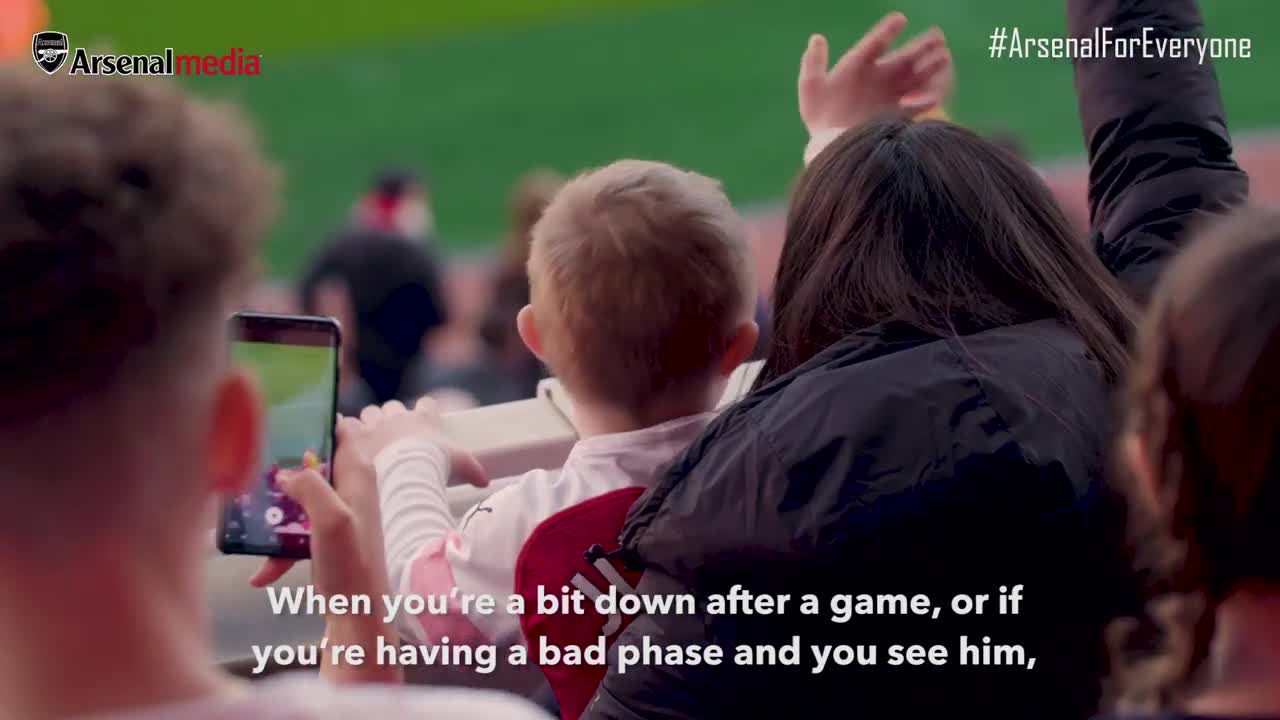 Darren Brakenridge wrote: "This is brilliant Arsenal, Granit hats off to you for making a special day for Julian."

Abhishek went one step further, stating: "Announce him as our captain from next season"

Mizz Aubameyang added: "I just watched this entire video with tears in my eyes… Gosh Julian is really loveable Take a bow."