After Smith-Rowe, 20, teed up Saka, 19, for the Gunners’ second in the 3-0 win over Newcastle, they became the FIRST duo under 21 to combine for three Premier League goals.

And midfielder Smith Rowe admitted: “I think it makes it that little bit more special knowing we’ve come up together through the academy.

“We’re so close off the pitch as well and I think that’s just showing on the pitch really.

“We’ve known each other for such a long time.

“The first time we played together was an U18s game against Liverpool.

“Since then, we’ve really clicked and tonight showed that.

“So as soon as we step on to the pitch, we know each other so well. 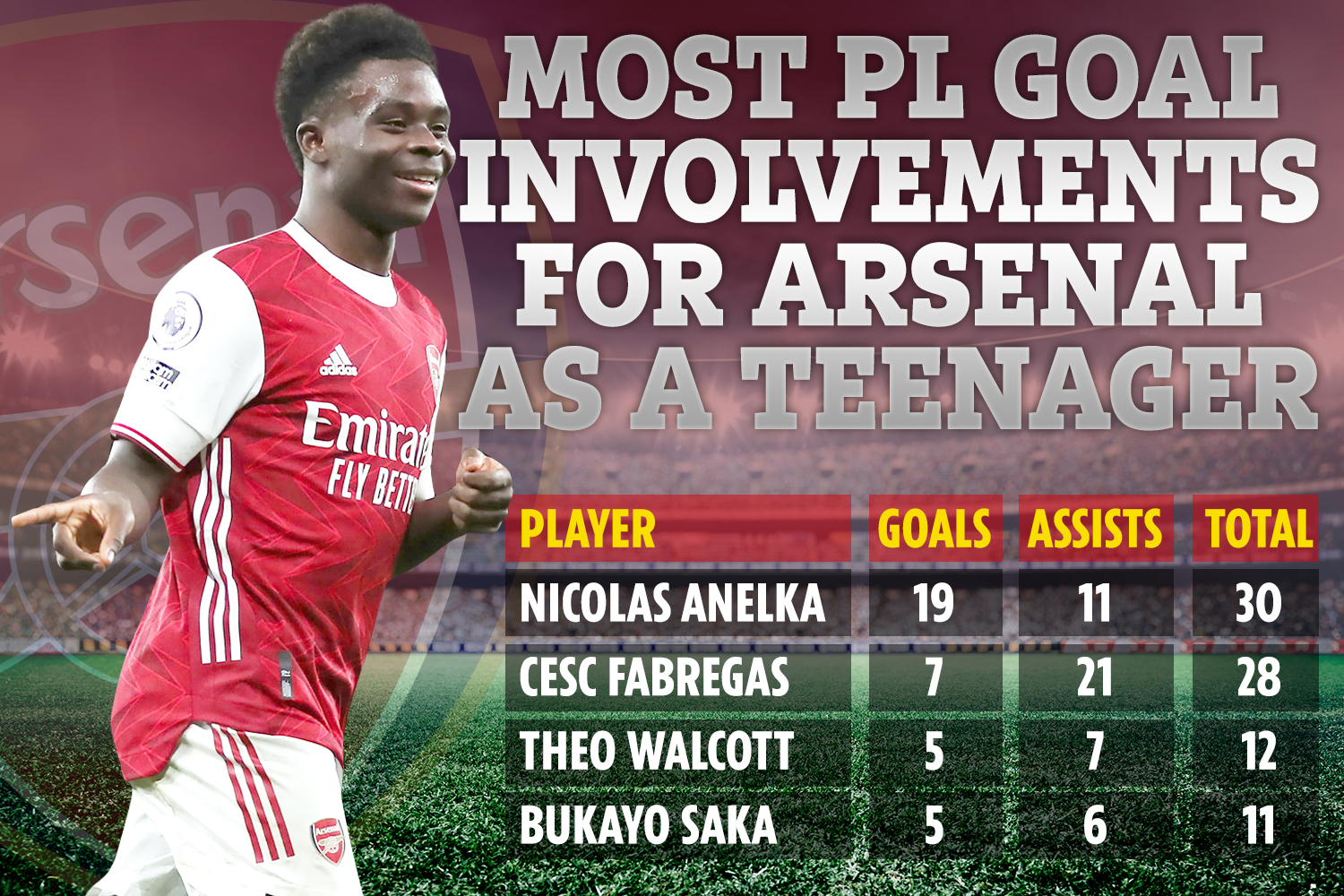 Gunners skipper Pierre-Emerick Aubameyang netted the other two goals in victory over the Toon.

He was denied his hat-trick when Arteta took him off because of a ‘stomach issue’.

But the striker will have been relieved to net his first two Prem goals from open play since the opening day at Fulham.

Arteta added: “He has come out of a difficult period where he is missing goals a lot and he has come back.”