AS homecomings go, it’s fair to say this wasn’t the greatest.

Aston Villa fans had waited impatiently for 1,197 days for Premier League football to return to Villa Park …. many no doubt counting down the hours and minutes. 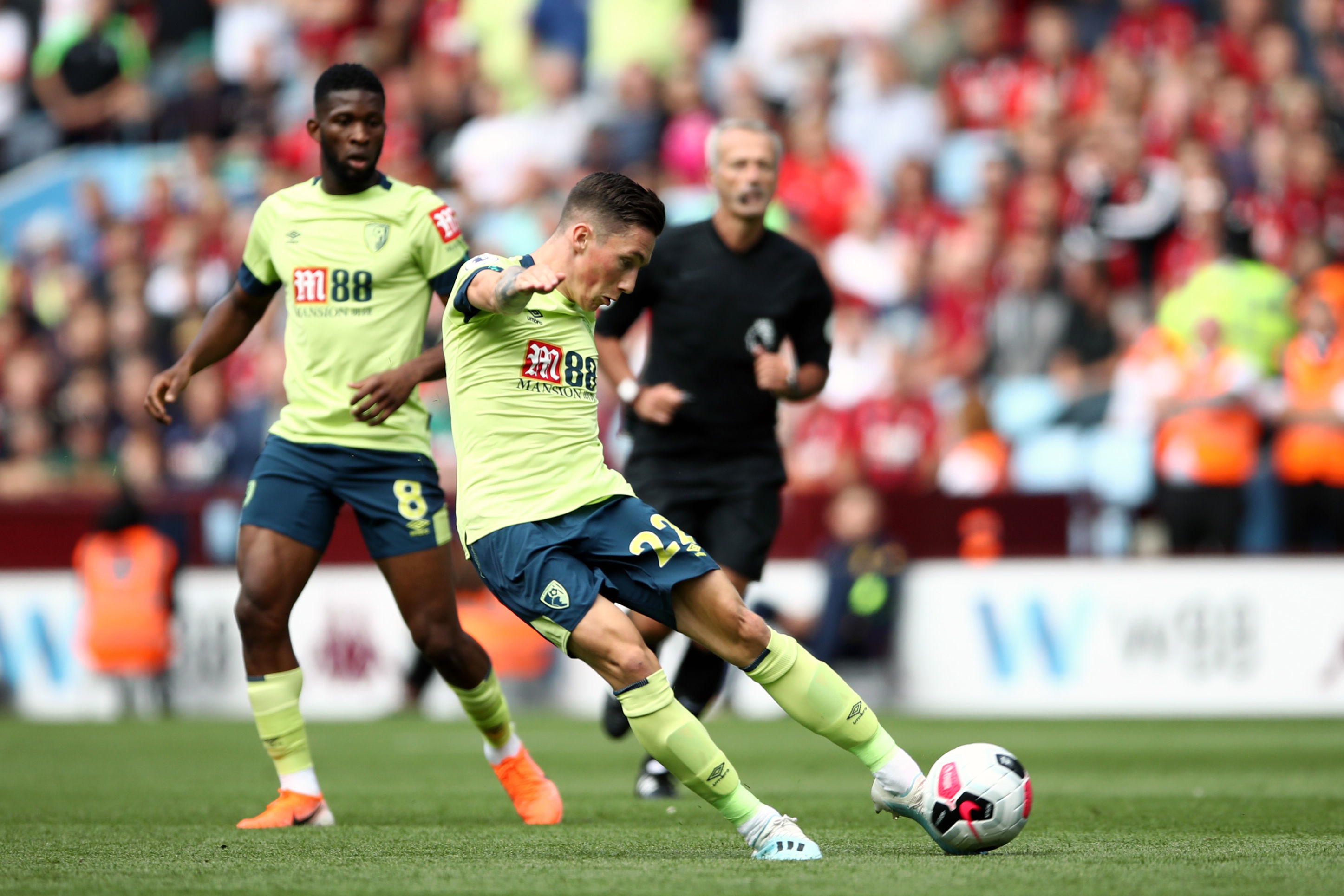 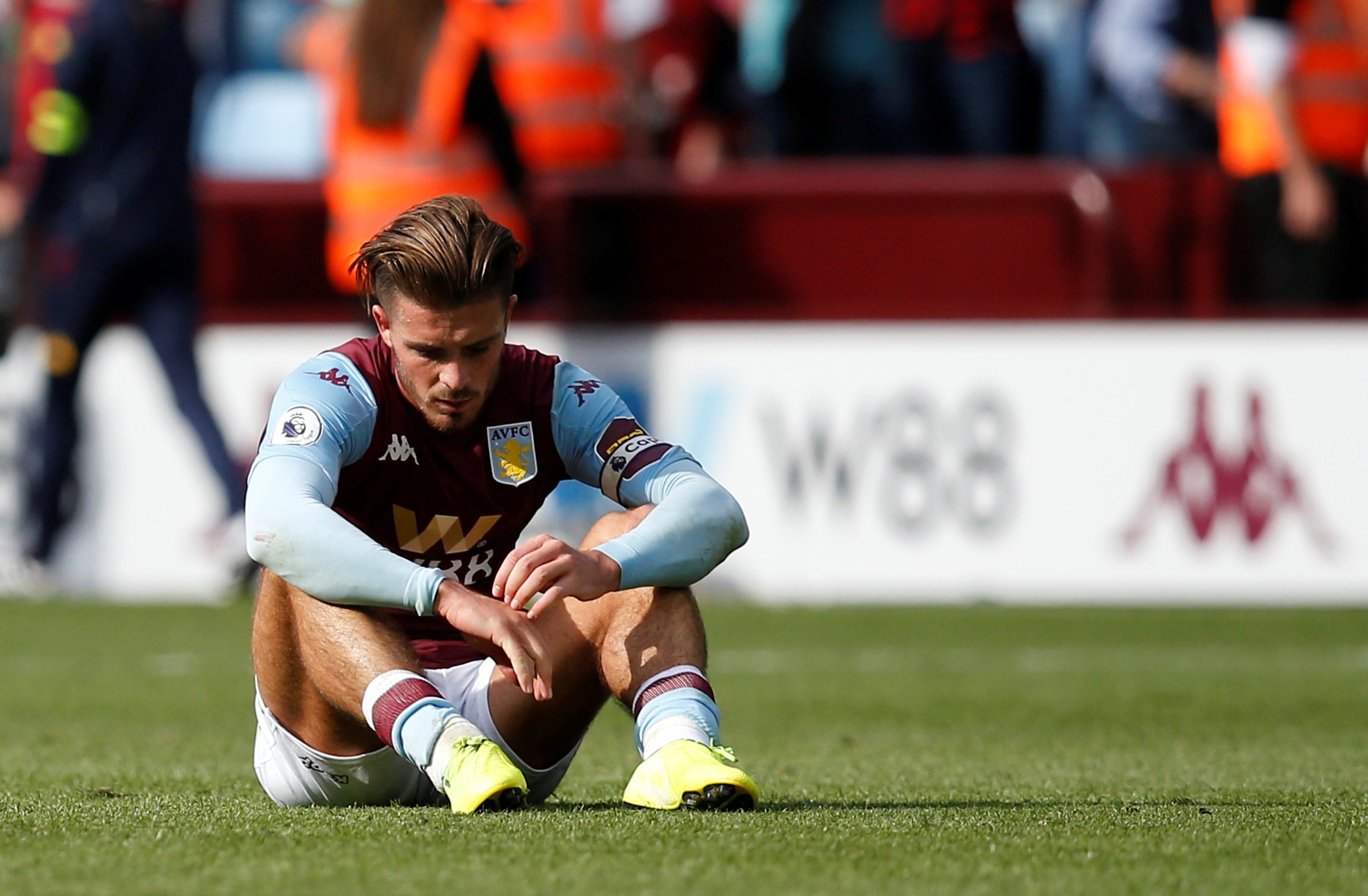 Yet when the big moment finally arrived, the ferocity of the step up in standard smacked them with all the subtlety of a baseball bat to the temple!

Villa conceded a penalty within 41 seconds; trailed to Josh King’s converted spot-kick after two minutes and were two goals down after 12 minutes when Harry Wilson helped himself to a goal on his Bournemouth debut.

Like a businessman who returns home early from a trip, only to find the milkman propping up his pillows, life had suddenly turned extremely sour for Dean Smith.

Not even the most pessimistic of Villa fans could have expected this after a summer spent, calculator in hand, trying hard not to drool over £130million-plus worth of new signings.

For a while this was a painful reminder of the torture they used to go through on a regular basis the last time they rubbed shoulders with English football’s elite.

Bournemouth fans basked in the sunshine beating down on them in the Doug Ellis Stand and took the opportunity to act the gloat.

“You’re not fit for the Premier League,” they chanted, then “You’re going down with Southampton,” before the old classic: “It’s all gone quiet over there.”

For a while, they had a point. Villa fans had been stunned into silence as so many painful memories came flooding back.

But gradually, the real game started as the madness of those opening dozen minutes died down and we returned to some semblance of normality.

It would have been so easy for Villa to collapse like a £5 deckchair. Instead, they dusted themselves down, dug deep and showed the kind of character they are going to need in spades for the next nine months.

New £15million signing from Manchester City atoned for a horrendous dummy which led to Bournemouth’s second goal, by throwing Villa a lifeline with the kind of goal you’d expect from a Brazilian.

His sensational curling shot from 25 yards found the top corner of Aaron Ramsdale’s net and set up a thrilling final 20 minutes but it was too little in the end.

Eddie Howe will be proud of the way his players packed a punch early on and threw themselves in front of so many Villa shots once the home side were in full flow.

In Nathan Ake he had a colossus in the heart of his defence, who underlined why Tyrone Mings was allowed to leave and improve Villa’s defence.

With so many new arrivals Dean Smith had wisely insisted on training at Villa Park on Tuesday so some of them could get a feel for the place, before experiencing the thunder generated by a 40,000-plus sell-out at the famous old ground.

Yet it was one of his most experienced players, goalie Tom Heaton, who was caught like a rabbit caught in the headlights as he gifted Bournemouth the kind of start they could only have dreamed of.

There seemed little threat when Callum Wilson took off to chase down a hopeful through ball which appeared to be running out of pitch and heading out for a harmless goal kick.

However Heaton’s adrenaline must have been pumping at an astonishing rate because the goalie hared across and recklessly lunged in to send the striker sprawling.

Ref Martin Atkinson, immaculate throughout, hardly needed VAR to tell him to point to the spot and Josh King nonchalantly stroked the ball to Heaton’s right, while the goalie guessed left.

Villa were rattled and Harry Wilson volleyed over before they found their feet.

John McGinn, one of the few who revelled in the frantic nature of this towsy game, almost brought the house down with a 30-yard screamer which was touched over by Ramsdale.

However not everyone was coping with the pace of the game as well as the Scot. 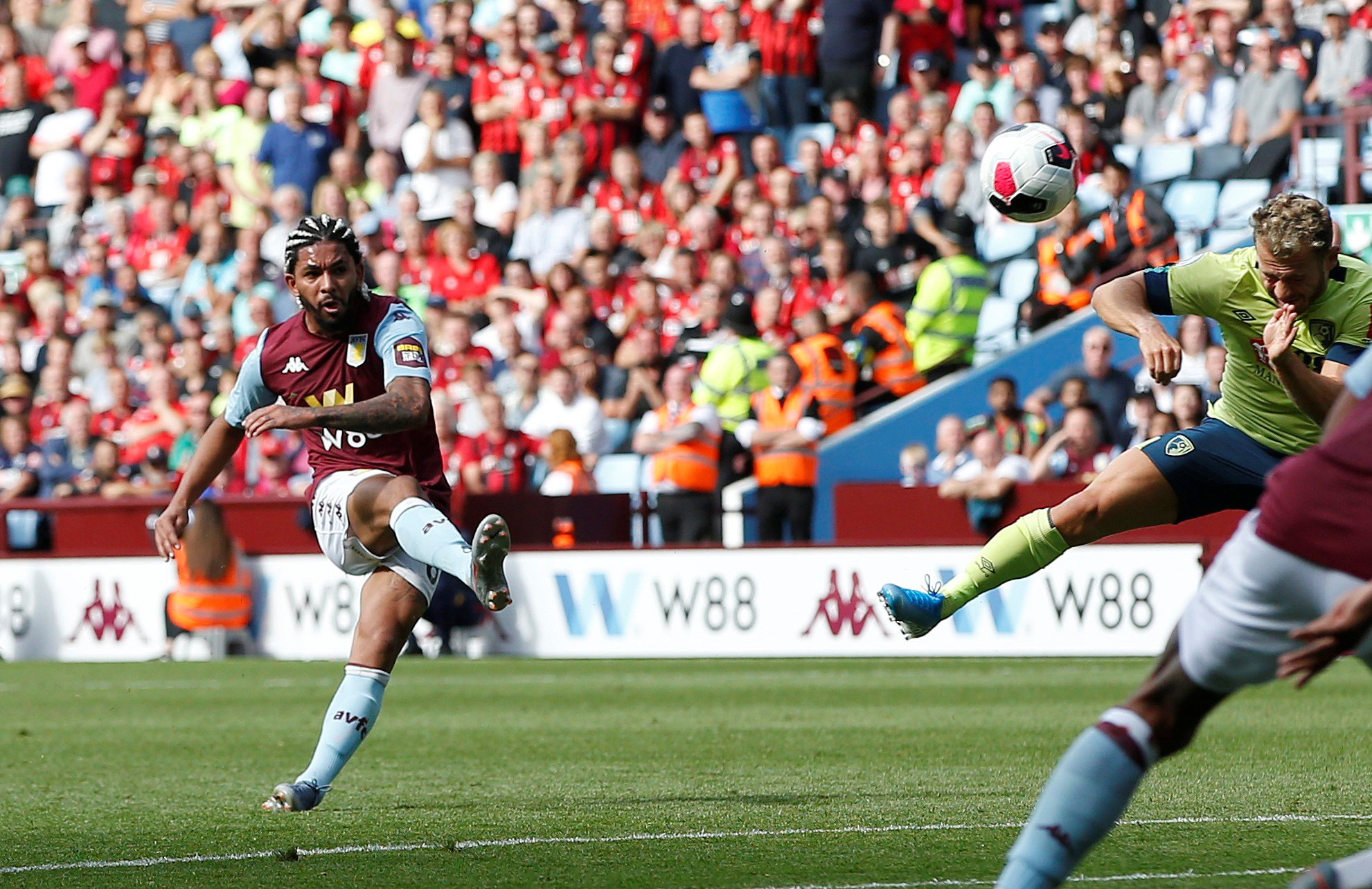 Brazilian midfielder Douglas Luiz has spent the last two years impressing in Spain’s La Liga for Girona but the former Manchester City kid seemed bewildered by the ferocity of the English game.

He suffered a painful lesson he will not forget for a long time after 12 minutes as he gifted the Cherries a crucial two-goal cushion.

Trezeguet pinged a sideways pass to him 30 yards out and, as Jefferson Lerma pressed him relentlessly, the Brazilian opened his legs and took the fatal decision to allow the ball to pass through.

Unfortunately for Luiz no Villa player was on the same wavelength and it was Harry Wilson who gratefully accepted the present and smacked in a left-foot shot.

The ball took a wicked deflection of Tyrone Mings and Heaton was helpless to stop it crashing off the inside of his far post and bounced into his net.

Villa struggled to get into their stride as the Cherries pressed them all over the park although Eddie Howe wisely removed one-man wrecking ball Phillip Billing at half time before his deserved red card could be upgraded to red following a series of fouls.

The closest Villa cam to scoring came just before half time as Trezeguet connected with Wesley’s cutback but Ake cleared off the line.

Grealish headed over from eight yards after the break and Ramsdale denied Trezeguet when he turned away his snapshot on the turn.

But he could do nothing to stop Luiz giving a glimpse of his true potential as Villa clawed a goal back with his sensational curler after 71 minutes.

It wasn’t enough however – Villa’s homecoming party had been well and truly pooped! 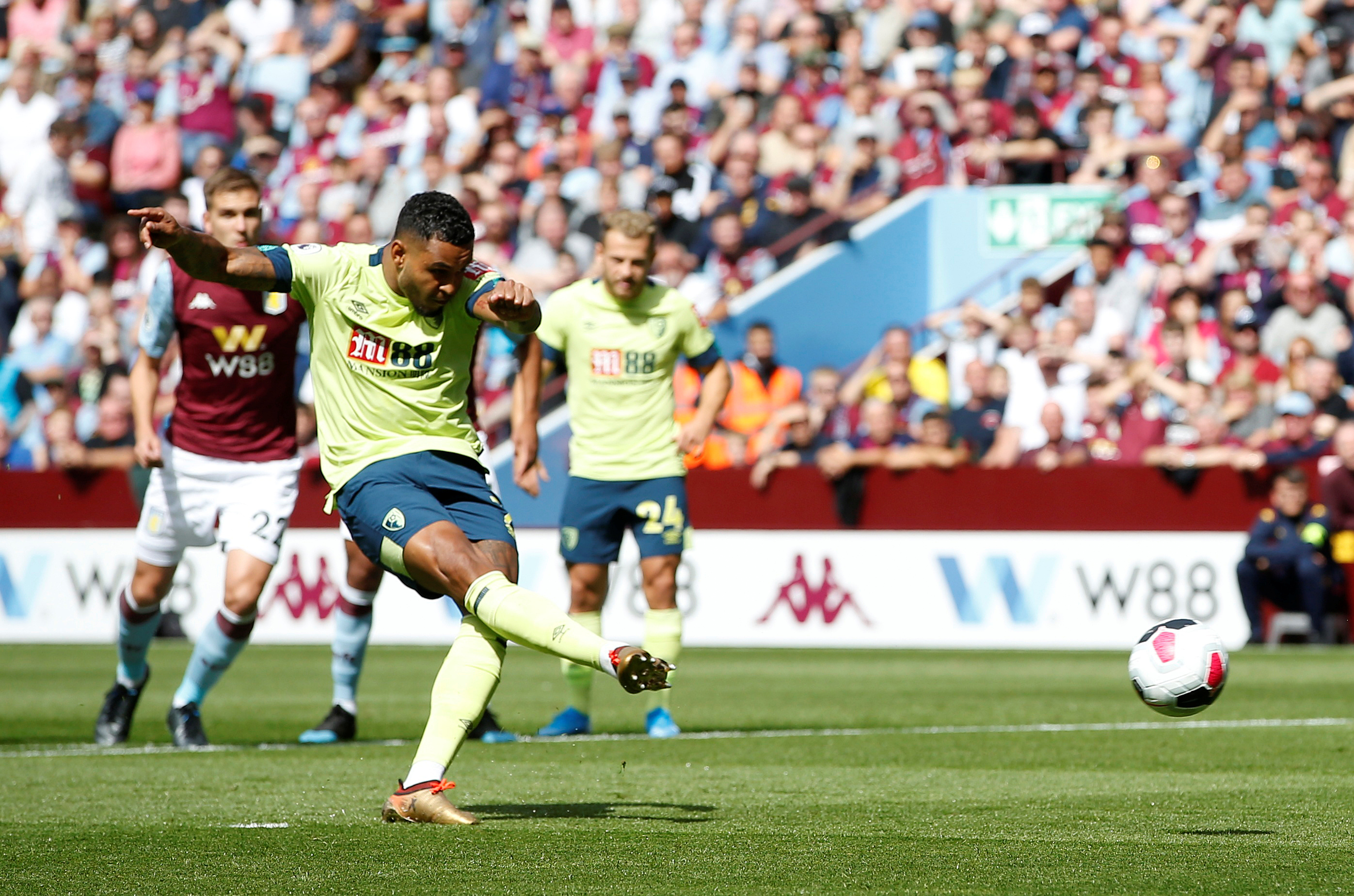