PIERRE-EMERICK AUBAMEYANG and Olivier Giroud have hit out at racist trolls amid growing fears that football is being overwhelmed by bigotry. 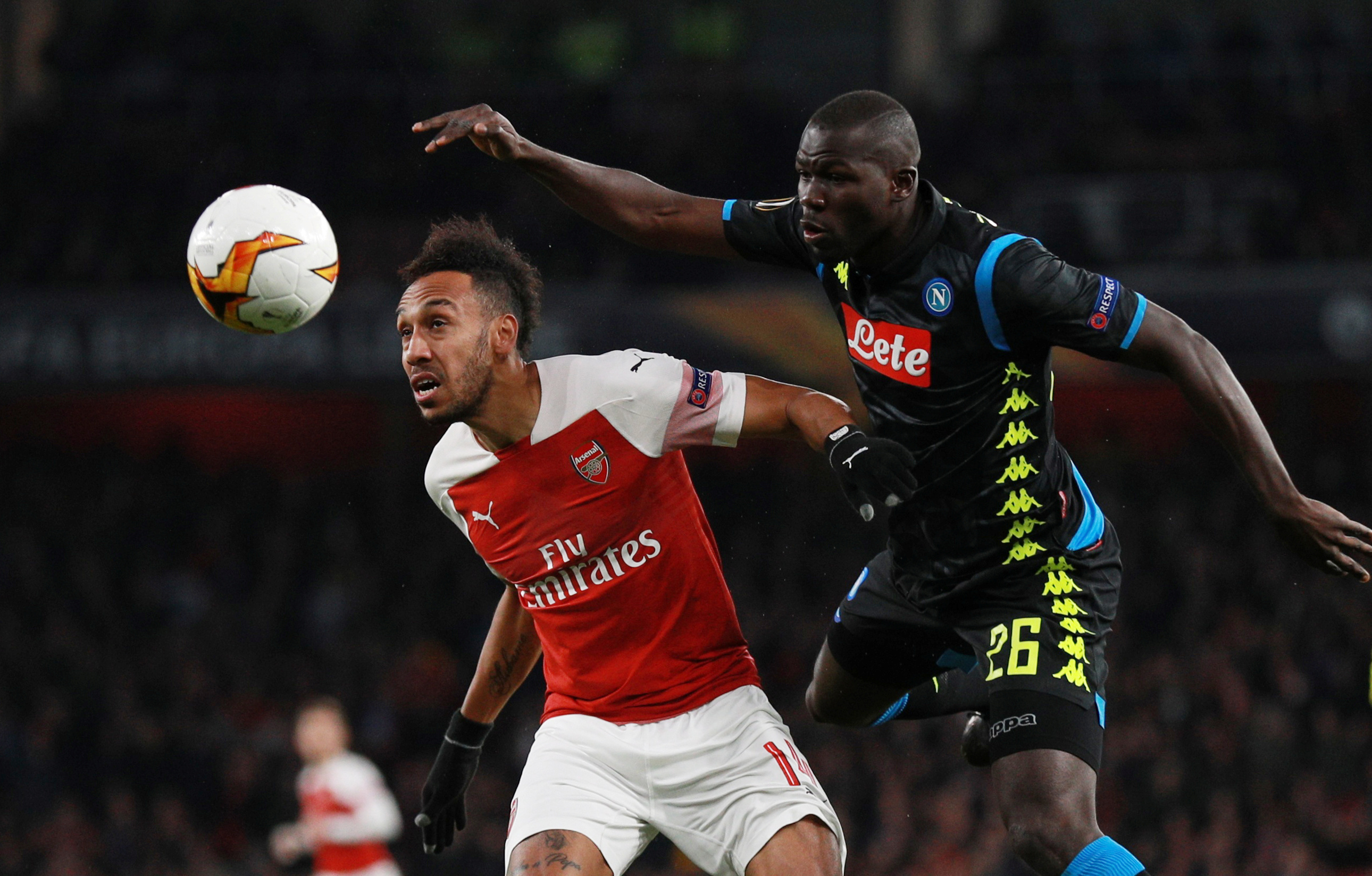 Then on Friday morning, Arsenal launched an investigation of their own, "utterly condemning" racist language used on a social media video of Kalidou Koulibaly.

Arsenal striker Aubameyang, 29, was at the centre of a shameful incident earlier this season when a banana skin was thrown at him during the North London derby against Tottenham at the Emirates.

And the £60million Gabon international was alarmed by reports of Chelsea supporters making racist chants ahead of their team’s Europa League clash with Slavia Prague on Thursday.

Speaking on Thursday night, before the Arsenal incident came to light, he said: "I'm really disappointed about this because I had the same problem here against Tottenham.

"When you are black like me it’s really painful because we are in 2019 and this is still going on.

"Obviously it’s not good for football in England and hopefully we will find a way to kick it out."

In a statement, Arsenal said: "We utterly condemn use of this type of racist language and have launched an investigation to identify the culprit.

"We operate a zero tolerance approach, and anyone behaving like this is not welcome at Arsenal and will be banned from matches.

"We have an extremely diverse community of fans who are all part of the Arsenal family and such incidents are rare at Emirates Stadium. We encourage supporters to report any incidents as they happen to stewards or via our matchday alert service."

Chelsea striker Giroud, 32, said that the Blues are completely "behind" Salah and that racist fans have no place supporting the Blues.

"I think these people shouldn’t belong to Chelsea," he said from Prague.

"I think the club and everybody condemns these kind of things, and we are 100 per cent behind Mo Salah.

"I think nowadays it shouldn’t happen."

In a statement, Chelsea said the video was "abhorrent" and vowed to take the "strongest possible action" against the individuals, describing them as "an embarrassment" to the club and fans.

It read: "Chelsea FC finds all forms of discriminatory behaviour abhorrent and where there is clear evidence of Chelsea season ticket holders or members involved in such behaviour, we will take the strongest possible action against them.

"Such individuals are an embarrassment to the vast majority of Chelsea supporters who won’t tolerate them in their club." 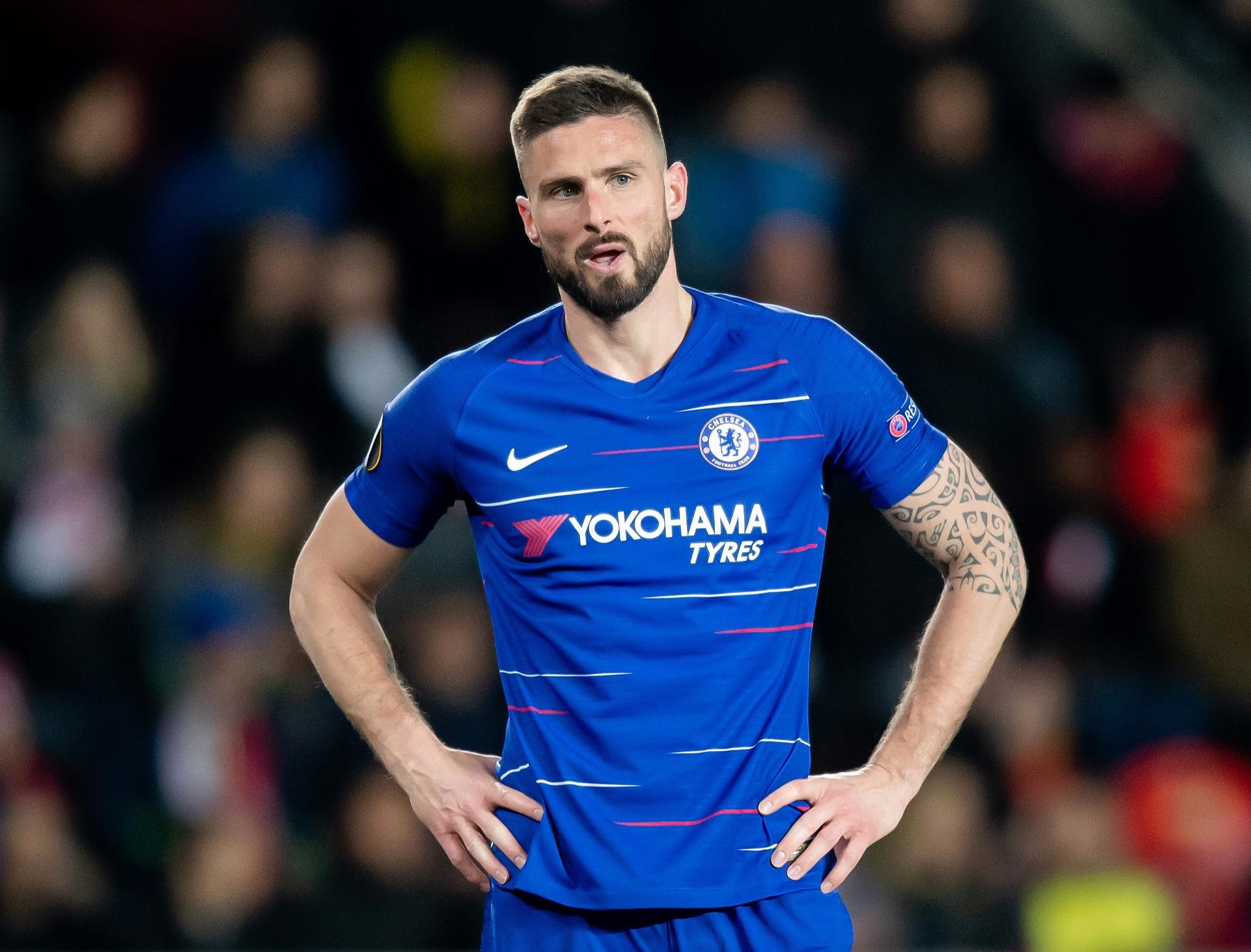 'NO PLACE FOR IT'

Salah's parent club, Liverpool, thanked Chelsea for their swift action in a statement and said there is "no place for it in society."

It read: "The video circulating online, showing vile discriminatory chants being aimed at one of our players, is dangerous and disturbing.

"Already this season, we have seen repulsive discriminatory abuse inside stadiums in England, Europe and across the world, abuse that was captured on devices and put into the public domain.

"We have also witnessed numerous hateful attacks on social media.

"This behaviour needs to be called out for what it is – unadulterated bigotry.

"Liverpool Football Club believes it is the responsibility of those in positions of authority, following proper process, to act urgently to identify and then punish anyone committing a hate crime.

"A crime of this nature has more victims than any individual it is aimed at and, as such, collective and decisive action is needed to address it.

"As pertains to this latest incident, the club is working with Merseyside Police to ascertain the facts around this footage with the aim of identifying individuals featuring in it.

"In addition, we are working directly with Chelsea Football Club on the matter.

"We thank them for their condemnation and a commitment to act urgently to identify any individuals responsible." 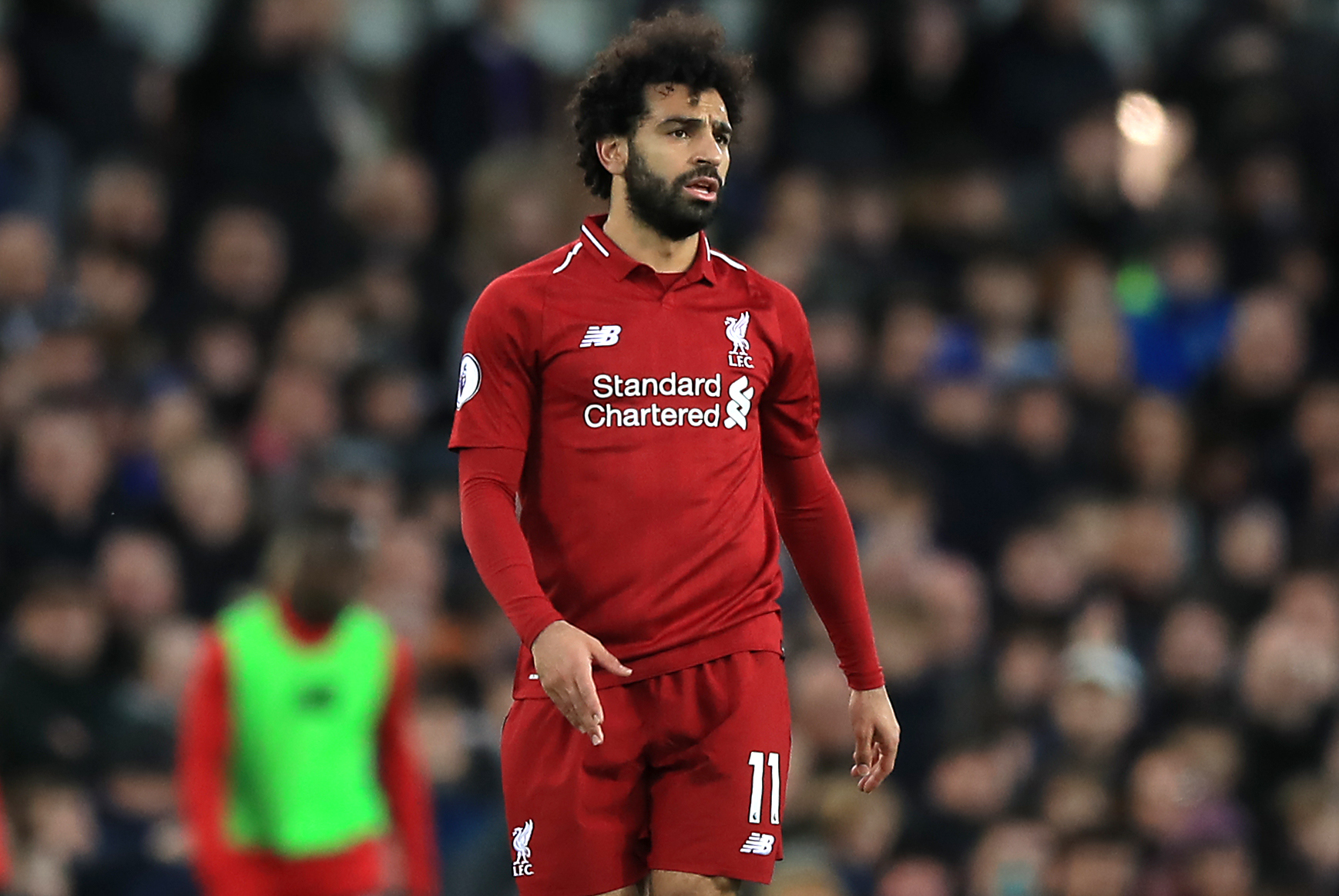 Aubameyang spoke out after playing a crucial role in Arsenal’s 2-0 win against Napoli which puts his team in a strong position to progress to the Europa League semi-finals.

And even though the Italian team do not exactly have a spotless record when it comes to racist supporters, the Gunners’ record signing is relishing next week’s trip to the Stadio San Paolo.

He says: "We already know it is going to be intimidating out there but I’m not scared of that. There is no need to worry.

"All players love to play in this type of tough game and I think that kind of atmosphere can bring out the best in you.

"If we can win away to a strong team like Napoli it will send out a message to everybody so it will be a good challenge for us."

Aubameyang is aware that Arsenal have won only two of their last 13 away games but believes that going into next week’s tie with a two-goal advantage will give them the opportunity to improve their record on the road.

He says: "We know we have some difficulties away from home and we have to improve that.

"But we’ve had a good result in the first leg and now everything is in our hands.

"We spoke before Thursday’s game about the importance of being strong defensively and not conceding a goal and that was the key to everything.

"Now we know that Napoli will have to come out and attack us and that will leave spaces, which will be great for us.

"So we will travel to Naples with a lot of confidence and we will go there to win the game."