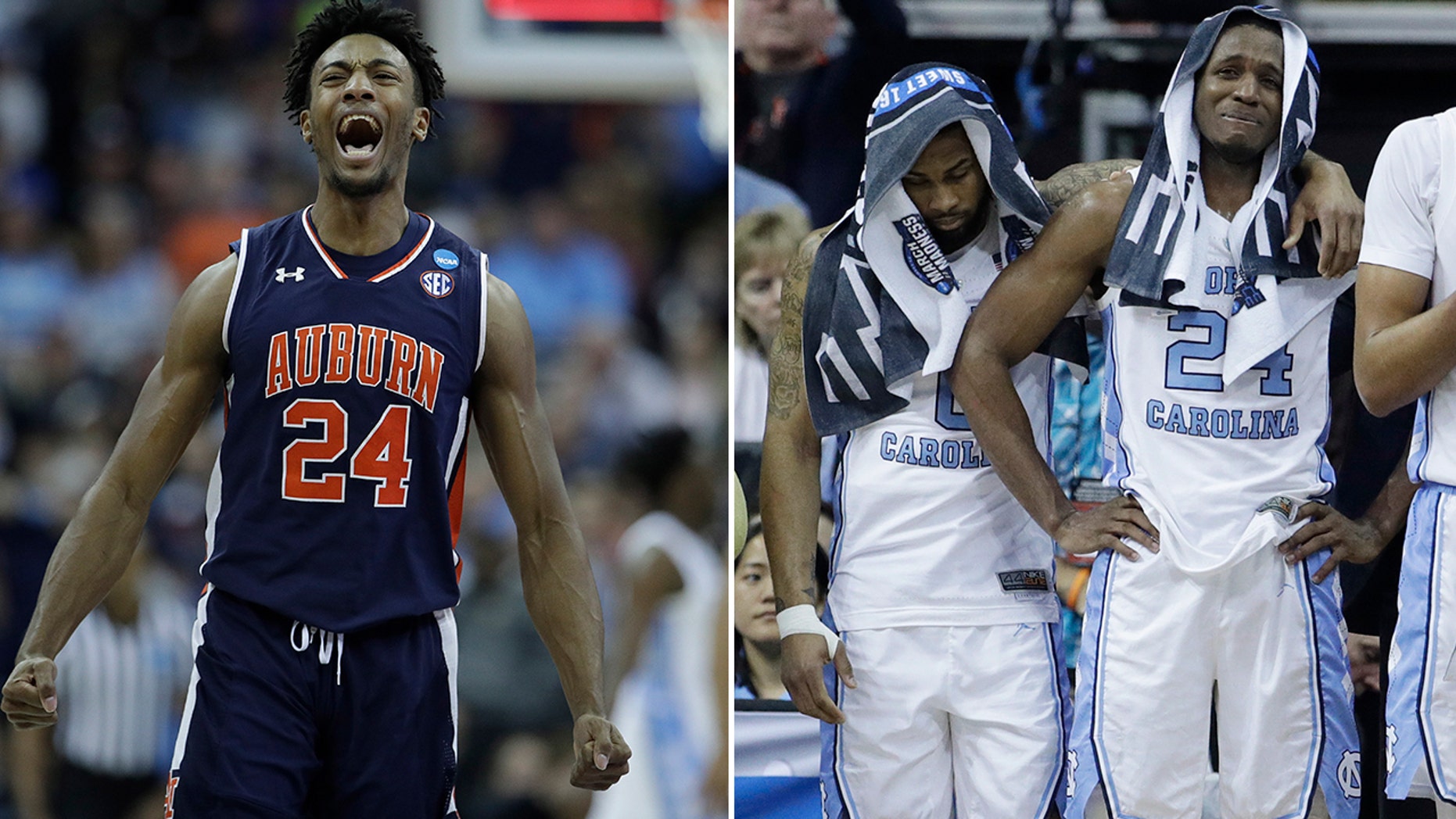 No. 5 Auburn upset top-seeded North Carolina to advance to the Elite 8 in just some of the Sweet 16 action Friday night. (Associated Press)

Auburn tamed top-seeded North Carolina’s March Madness in a euphoric upset, while the Tar Heels’ bitter rival Duke edged past Virginia Tech as the two winners advanced to the Elite Eight on Friday in the NCAA men's college basketball tournament.

Hot-shooting Auburn put up another three-point barrage that saw the No. 5-seeded Tigers overcome a slow start and blow past North Carolina 97-80 in the Midwest Region semifinals in Kansas City. Auburn put up 17 three-pointers, while UNC went 7-for-28 from the perimeter, numbers that would help send the Heels back home.

But the victory didn’t come without a setback for Auburn: Sophomore forward Chuma Okeke, who already had scored a game-high 20 points and pulled down 11 rebounds, suffered a gruesome injury to his left knee in the closing minutes of the game.

While the Tar Heels were sent packing, rivals Duke, the No. 1 overall seed, survived a near-upset, holding off No. 4 Virginia Tech 75-73 in the tournament’s East Region semifinal in Washington, D.C.

Zion Williamson and the Blue Devils were at the mercy of a last-second shot from the Hokies’ Ahmed Hill that could have sent the game into overtime but came up short. The close-as-can-be miss followed a pair of threes that went awry in the waning seconds.

Williamson showed off his full repertoire, scoring seven of Duke's first nine points, including one rise-above-it-all put-back jam and, later, a three-pointer. 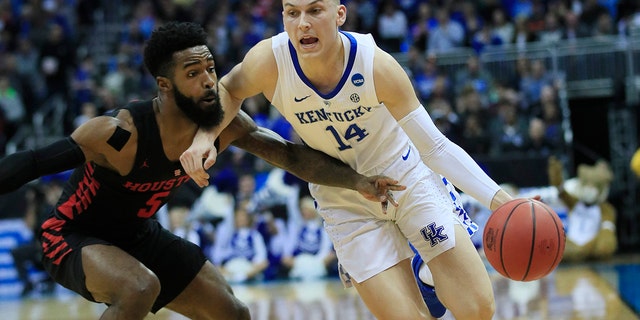 The Wildcats escaped thanks to a big boost from Tyler Herro, who hit a three-pointer with 25.8 seconds left to give them the lead. He followed up making two free throws with 13 seconds left to ensure their spot in the top eight.

Michigan State routed Louisiana State 80-63 in the East Region’s second semifinal in Washington. The Spartans were led by freshmen Aaron Henry and Gabe Brown. Henry scored a career-best 20 and Brown had a career-high 15 as the second-seeded Spartans beat the third-seeded Tigers. 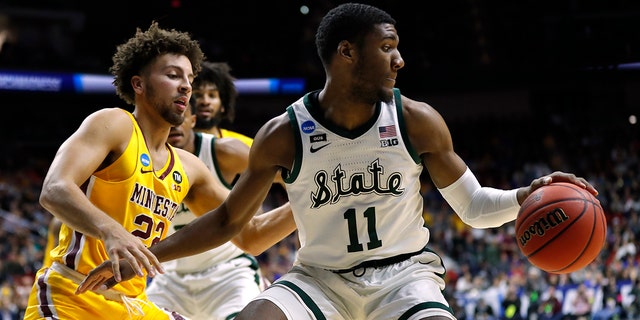 "They were huge tonight in a lot of ways," senior point guard Cassius Winston said of Henry and Brown. "They won the game. They were confident, they trusted in their abilities, they took their shots that they were supposed to and they just stepped up in a big way.

The Elite Eight round kicks off Saturday. Top-seeded Gonzaga will take on No. 3 Texas Tech in the West Regional final, while the South Regional final sees No. 1 Virginia facing No. 3 Purdue.

The round continues Sunday with meetings between Auburn and Kentucky, and Michigan State and Duke.