Australia's stubborn resistance has come to naught as India drew first blood in the series with a 31-run victory in the first Test in Adelaide.

Australia fought all the way to the end, forcing the visitors to take the extra time after the designated tea break to complete a rare Indian victory on these shores. 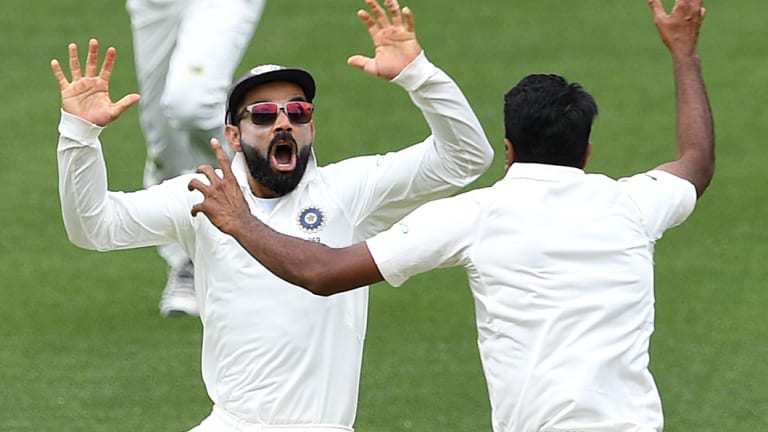 The hosts got closer than many thought they would, dismissed for 291 in pursuit of India's target of 323.

Shaun Marsh top-scored with 60, a knock that will secure his place for the next Test, while the tail showed tremendous fight, adding 104 for the final three wickets.

The end appeared nigh when Tim Paine holed out for 41 the second over after lunch but each time as it appeared India were closing in they met stoic resistance from a new member of the tail.

Chirpy early when seemingly every ball was met with oohs and aahs, India's swagger was replaced with apprehension as the target edged into double figures.

Their fans also fell silent. Gone were the chants of "India, India", replaced by the applause and cheers from locals which greeted every run and every ball survived by the perceived junior partner. 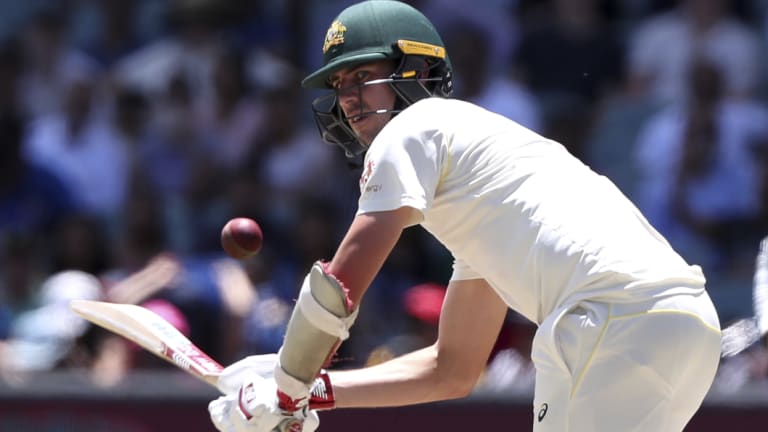 Fightback: Pat Cummins watches the ball during a knock that showed he has the attitude of a front-line batsman.Credit:AP

Cummins, who overturned a DRS call against him on zero, struggled early against spin but was solid in defence against the fast men.

He might not have the shots but Cummins approaches his batting like a front-liner and places a high price on his wicket.

This was on show here. He was all at sea early against the spin of Ravi Ashwin, who was honing in on both sides of his bat and his pads.

Given out on zero to a close-in catch, Cummins had the verdict overturned after Snicko and Hot Spot did not detect contact with bat or glove. 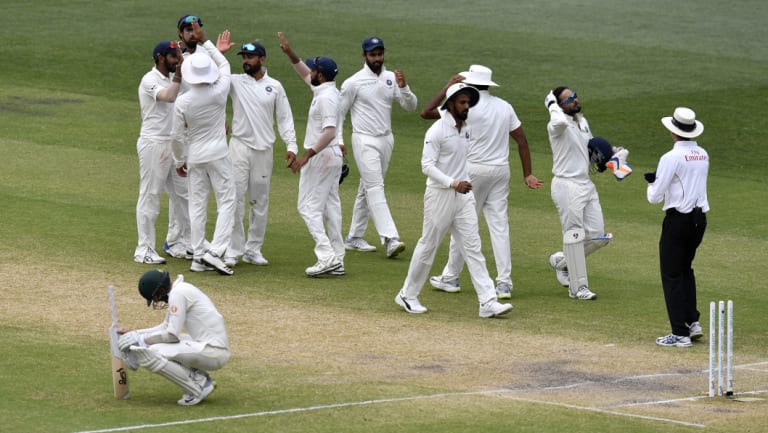 So near yet so far: Nathan Lyon on his haunches after Josh Hazlewood’s dismissal. Lyon finished not out on 38.Credit:AAP

After a scratchy start, Cummins found his groove. He had strokes of luck with edges rolling through gaps in the cordon but was generally content to wait and let the ball come to him instead of playing away from his body.

There are several batsmen who could take a leaf out of Cummins' game. Of the top seven, only Shaun Marsh and Travis Head faced more balls than Cummins' 168. 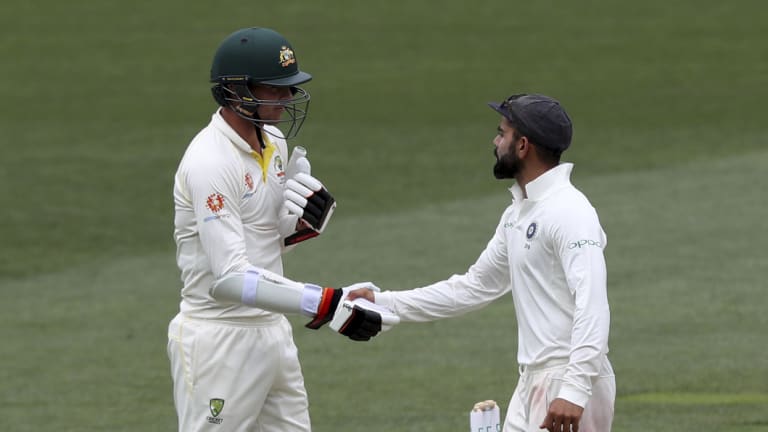 Fine contest: Kohli is congratulated by Josh Hazlewood after the final wicket fell.Credit:AP

Mitchell's Starc's willingness to play the big drives enabled him to achieve what the front-liners could not, spreading the field out and forcing India to play the game on their terms. Singles that were not there previously were now more readily available.

This should have suited Australia if they were prepared to knock them off one at a time but patience is a virtue very few tailenders possess.

As tension mounted in the crowd, Starc launched into an extravagant cover drive to Mohammed Shami and was caught behind for 28.

Lyon adopted Starc's role as the dominant partner. His strokeplay is limited, as one would expect of a No.10, but he was not afraid to play them.

Cummins' patience ran out on 28 when he was caught in the slips after misjudging the length of a fullish ball from Jasprit Bumrah and flaying a cut shot.

Lyon was sound in defence and attack, taking calculated risks throughout and rewarded handsomely.

Dropped on seven by Rishabh Pant, Lyon made the Indians nervous.

So too did Josh Hazlewood, whose glide over the top of slips for four was a shot well above his station as a No.11.