BARCELONA president Joan Laporta has admitted they may not be able to keep Adama Traore beyond the end of the season.

The Spain international, 26, returned to the Nou Camp for a second spell in January – on loan from Wolves until the summer. 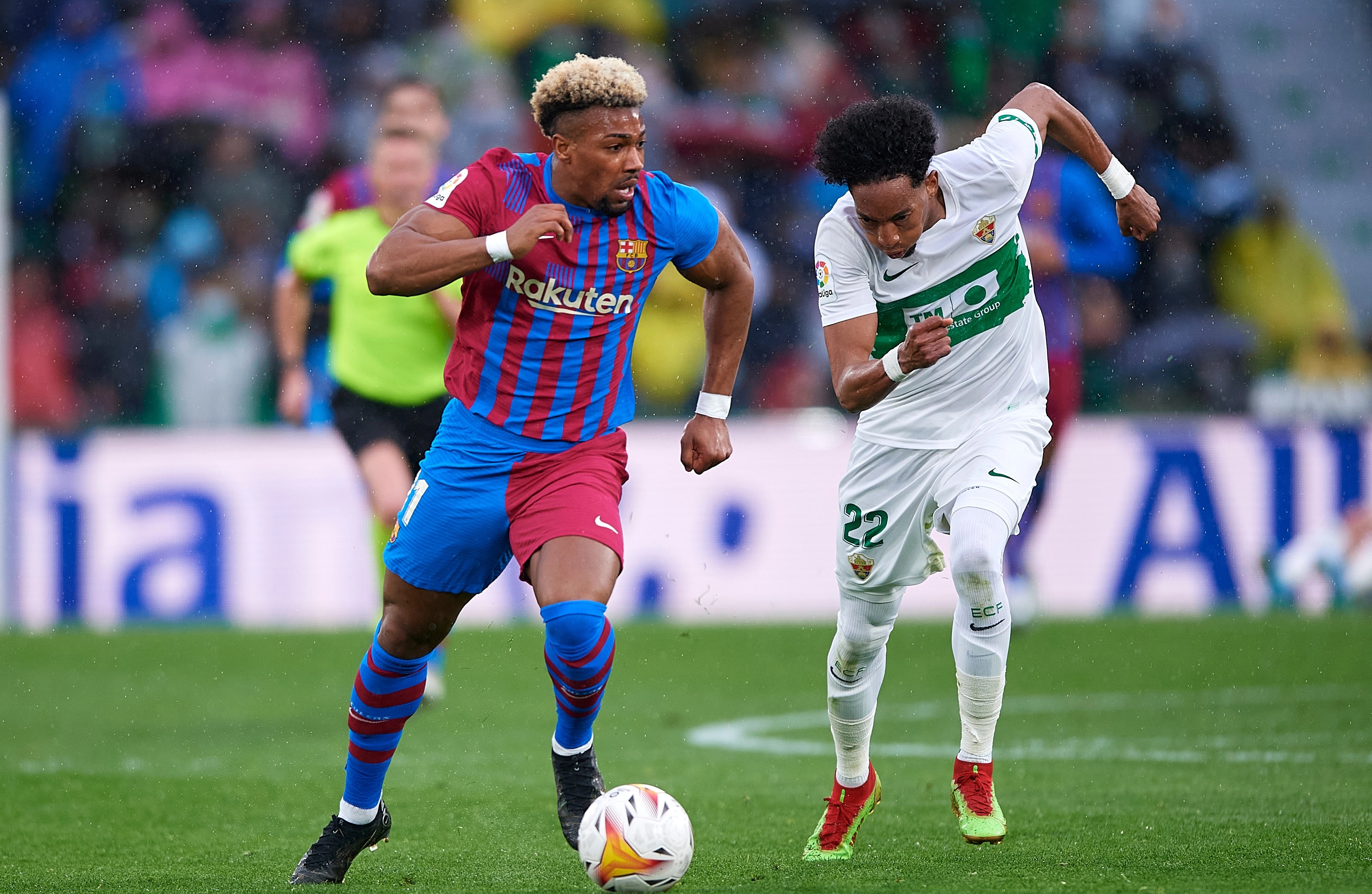 And he has hit the ground running with the Catalan giants, providing four goals in his first seven games.

Yet despite an electric return to the club, Barca president Laporta has his doubts about being able to sign the winger on a permanent deal.

"We’ll see at the end of the season."

Back in February, Laporta confirmed that Traore took a pay cut in order to come back to Barcelona.

He said: “We’ve an option to buy clause included into Adama Traore deal with Wolves and our plan is to trigger that clause.

He looked set to join Spurs earlier in the window but a deal fell through after a disagreement between the player and Tottenham boss Antonio Conte.

According to reports, Traore wanted to be considered a winger by Conte.

But the Italian coach was keen on him occupying the right wingback role in his 3-4-3/3-5-2 set-up.

And that proved to be a stumbling block for the two parties as Traore closed a deal with Barcelona instead.

His existing contract with Wolves runs until the end of the 2022-23 campaign.