BARCELONA will be without summer signing Sergio Aguero until November, according to reports.

The Manchester City legend joined Barca on a free transfer earlier this summer, and had hoped to play alongside long-time friend and godfather to his son Benjamin, Lionel Messi. 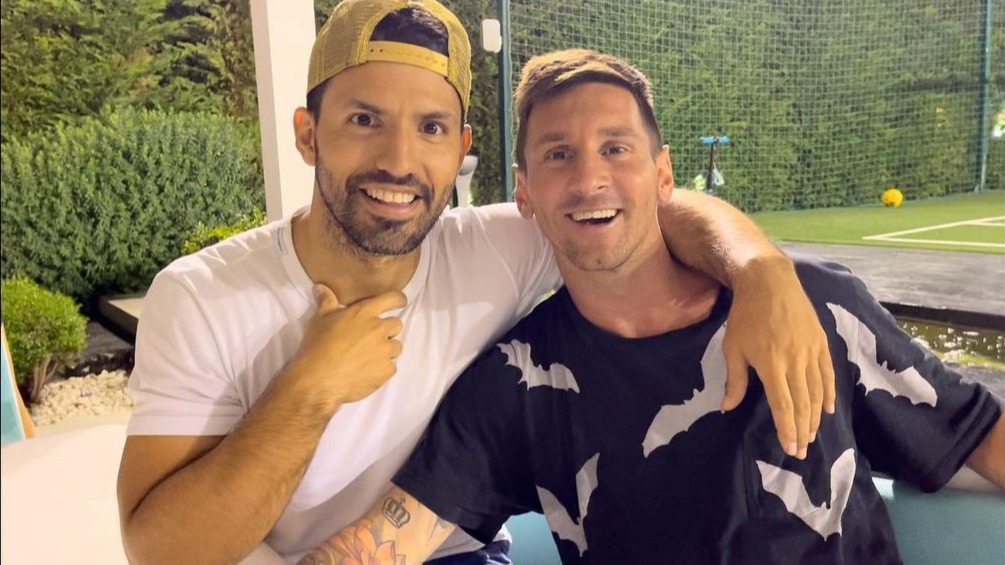 But both Aguero and Barca have been dealt a double whammy as Aguero is set to miss up to three months of competitive action, and Messi is reportedly close to joning Paris Saint-Germain for free.

According Gerard Romero of Catalan radio station RAC 1, Aguero will be out of action until November.

Romero said on Twitter: "Al Kun [Aguero] until November we do not see him."

Aguero has picked up a calf injury on the eve of the new LaLiga season, leaving Barca to rely on Martin Braithwaite and new signing Memphis Depay.

Despite wanting to stay at Barca, Messi couldn't renew his contract due LaLiga's financial rules on salary caps – making him the hottest free agent in football history.

In his farewell press conference on Sunday, Messi confirmed that he wanted to stay at Barca – the club where he began his professional career.

And revealed that he agreed to take a 50 per cent wage cut to do so.

He said: "I don’t know, what I am clear about is that I did everything I could. Laporta said we couldn’t do it because of the league [rules].

"I can tell you that I did all that I could to stay, because I wanted to stay.”

He continued: "I offered to reduce my salary by 50 per cent, but they didn’t ask me for anything else.

"The news I asked for 30 per cent more is a lie, a lot of things people are saying are not true.”

Despite the devastating news of his best friends departure, Aguero has squashed rumours of an early departure from the club.

And confirmed his commitment to Barca fans outside the club's training ground.

He told supporters: "Don’t worry, you have me all year long."