BARCELONA are battling with a mini injury crisis with two more of their stars joining Gerard Pique on the treatment table.

Ousmane Dembele suffered a shoulder sprain on Saturday whilst Sergio Roberto is thought to have ruptured a thigh muscle. 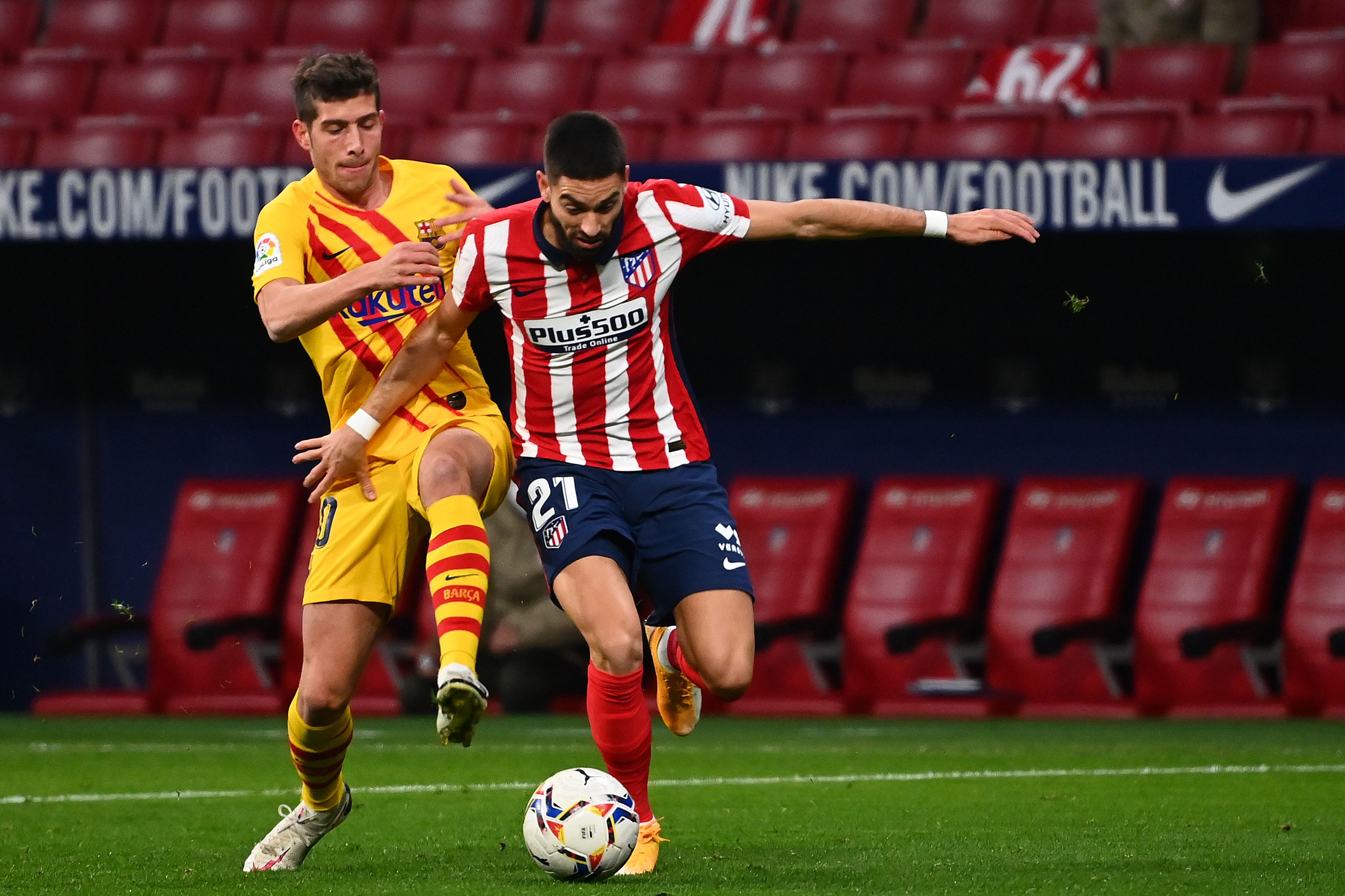 Both Nou Camp players featured in the club's 1-0 loss to Atletico Madrid which saw the team slump to 11th in Spain’s top-flight.

Their injuries, alongside the knee ligament damage which has left Gerard Pique sidelined for six months,  spell bad news for Ronald Koeman’s side.

The club, who look set to lose superstar skipper Lionel Messi next year, have won just one of their last five games. 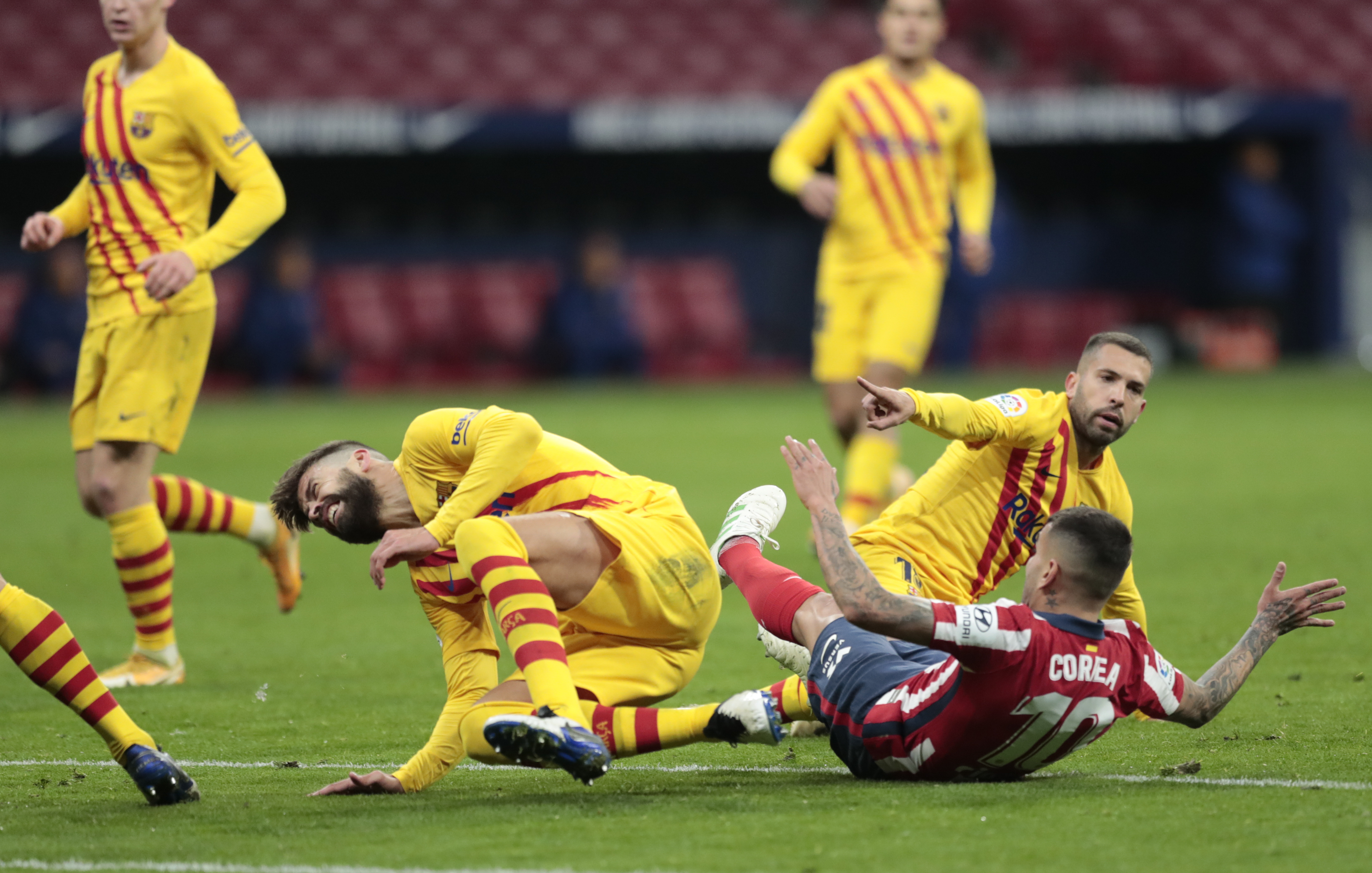 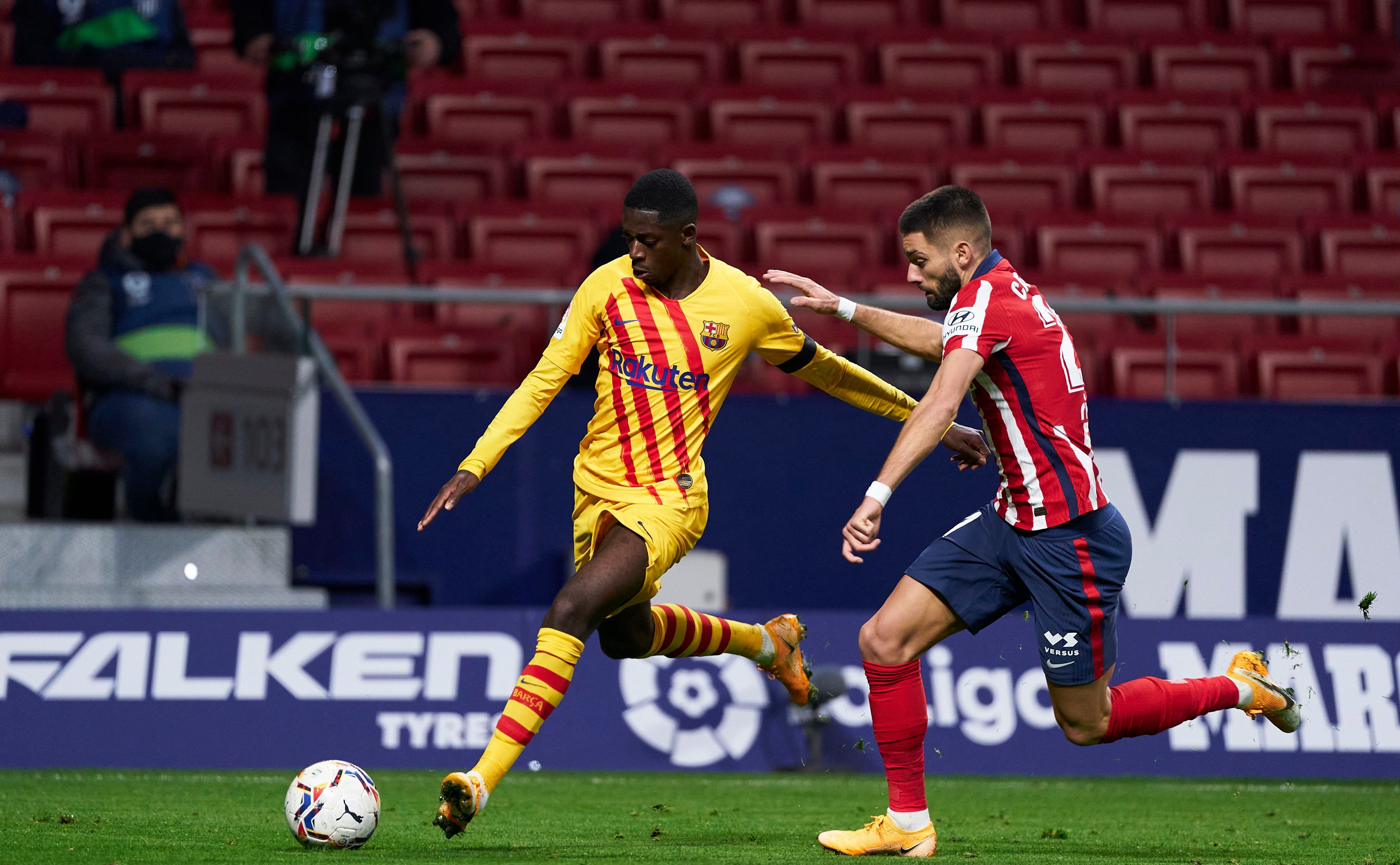 Dembele, 23, appeared to hurt his shoulder during a first-half collision with Atletico goalscorer Yannick Carrasco.

Despite the clash, the Frenchman was able to carry on playing for the rest of the game.

Mundo Deportivo claims Dembele had some tests conducted on Saturday which reportedly confirm the star is struggling with problems with his shoulder.

It is thought Barcelona believe the issue is a sprain for the Manchester United target.

Meanwhile Roberto, 28, who appeared to strain his thigh area whilst taking a shot at goal, was unable to play the full 90 minutes against Atletico on Saturday.

And as the Nou Camp giants had already used their three substitutes by the 83rd minute, the Spaniard’s second-half exit left Koeman’s side down to ten men.

Barcelona have revealed Roberto will be out of action for two months.

And the club, who play Dynamo Kyiv in the Champions League on Tuesday, have yet to confirm if Dembele will also be sidelined.