PEP GUARDIOLA confirmed that he will not stop Bernardo Silva from leaving Manchester City to join Barcelona, if he wants to.

The Portuguese midfielder has been linked with Barcelona throughout the summer. 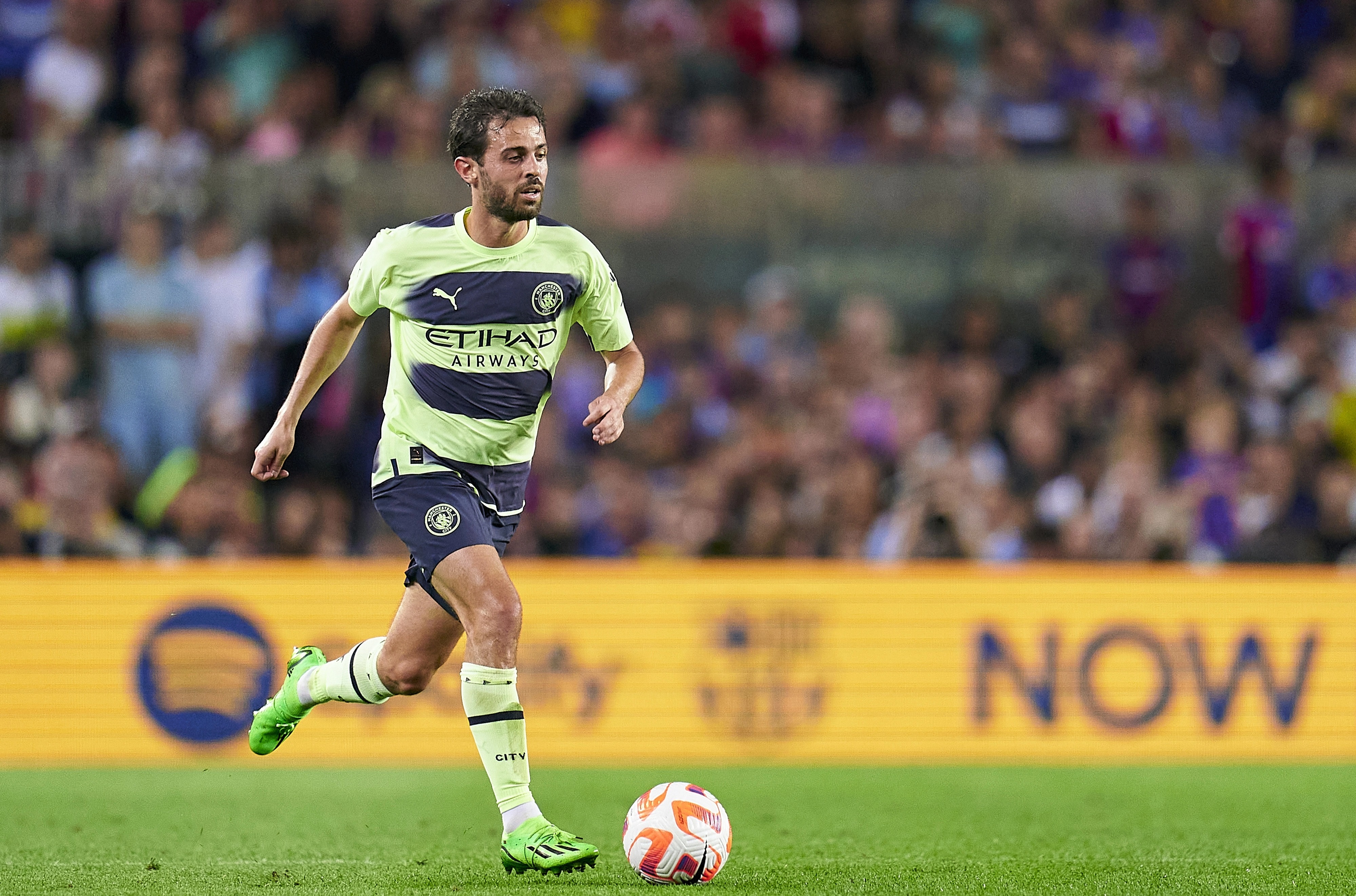 The 28-year-old still has three years left on his contract that keeps him at Man City.

The midfielder would cost Barcelona £80million, which they are struggling to whip up due to their financial turmoil.

Silva featured in the friendly against Barcelona last night, which took place at Nou Camp.

The match ended in a 3-3 draw, thanks to a controversial penalty earned by Erling Haaland, who was accused by Barca fans of diving.

After the match, Pep was asked about Bernardo's future and revealed that the Portuguese is interested in a move to Catalunya.

Guardiola said: "He is our player.

"We want him to be with us because he is very important.

"Having said that, I don't want anyone to be unhappy.

Most read in English Premier League

"But I don't want him to leave because he is a superlative player.

"As a player and as a person, he is one of the best I have ever had.

"In any competition he is the best player.

"If an offer arrives there are seven days left and if Bernardo leaves we would have to go to the market and it's not easy.

"Having said that, Bernardo likes Barcelona a lot."

Pep's words contradicts with what City's CEO Ferran Soriano said about Silva not leaving the club.

When speaking with Spanish outlet Que T'hi Jugues, Sorian said: "It's a little late [in the transfer window] to talk about ins and outs.

"This story has taken many turns and in the end it has never moved from its starting point."

Barca boss Xavi was questioned about the matter, and he was realistic in his answers and left little space for rumours.

The Barca legend said: "Who doesn't like Bernardo Silva? Or Haaland or De Bruyne?

"It depends on City.

So far this season, Silva scored the equalising goal and assisted one, in the 3-3 draw against Newcastle.

He's started every Premier League outing so far, adding to the 253 games he played across all competitions, scoring 48 goals and registering 50 assists.