The Catalan giants reportedly watched the 19-year-old's performance with a keen eye during his side's 1-0 defeat to Burton Albion last month. 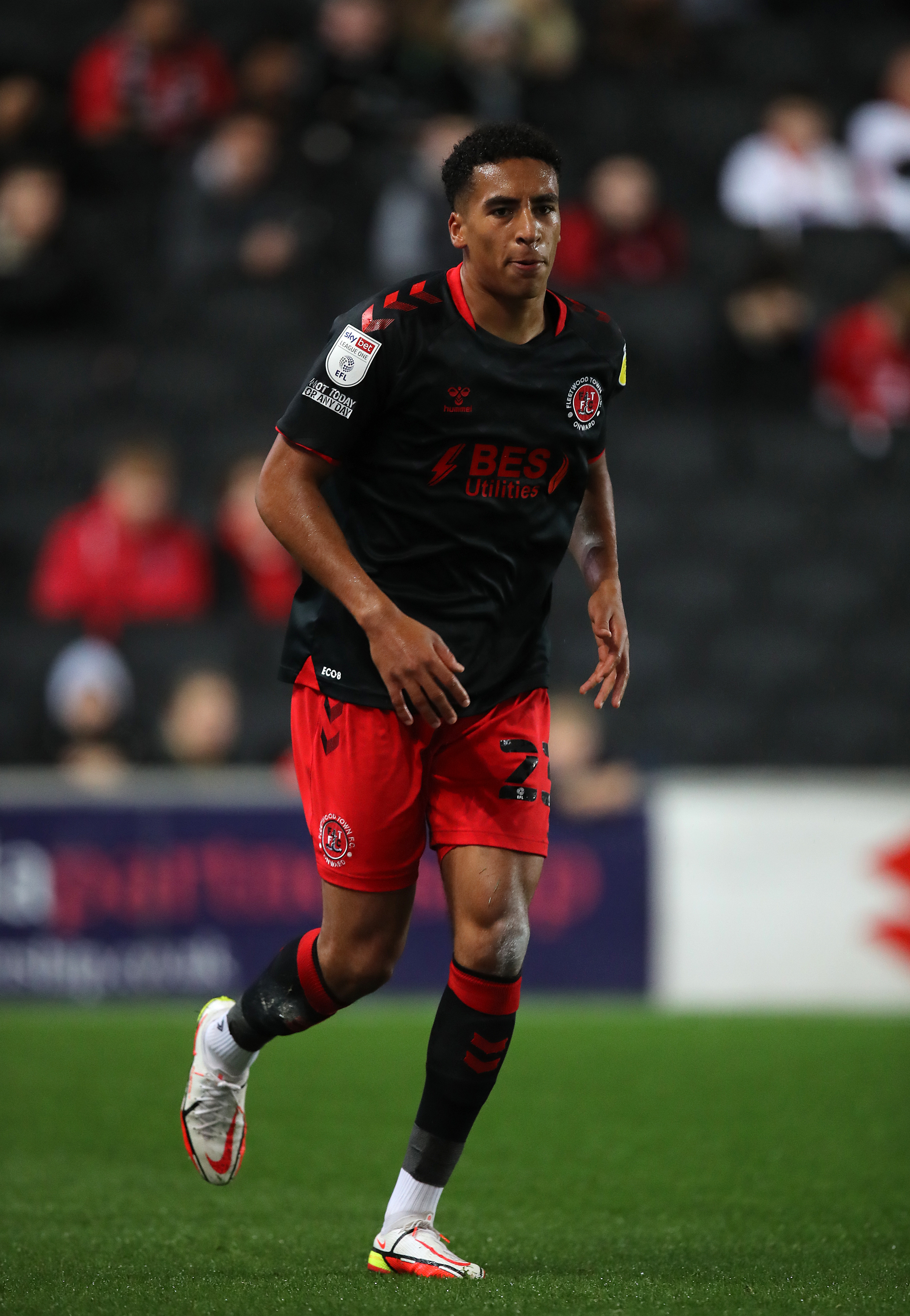 Hill is out of contract at Fleetwood in the summer despite being offered a new deal at the end of last season.

Along with Barca, The Mail also believe he has attracted a lot of interest from Premier League clubs.

The revelation of Barca's visit comes just days after he was selected in Lee Carsley's England Under-21s squad for the first time.

He will link up with the national team's age group squad on Monday ahead of a European Championship qualifier against Czech Republic.

Speaking about the call-up, Hill said: "Obviously when you go away with England it's a very technical game, there are a lot of talented boys.

"When you're in League One, it's physically demanding and a different style of play. A lot of the ball is on the deck with England and with my club it is a different challenge, more of an aerial battle.

"That has helped me because I have the understanding of when to play and when not to play.

"If it can't be a pass then it has to go long, over the top. It's easier for me to adapt to their [England's] football than the other way around."

Hill played 35 times for Fleetwood last season as they secured their League One safety with a 15th place finish.

And he has been ever-present for them once more at the beginning of the 2021-22 campaign having already racked up 15 appearances for Simon Grayson's side.

As a result of his progression in the third tier, England U21 coach Carsley believes he is more than ready to compete for his team.

He said: "I thought it was the right time to bring him in with some of the issues we've had at centre-back.

"If you look at our pathway in general, we get a lot of centre-backs from Category One academies. It's very rare that we have players so young at centre-back in their first team getting tested every week against senior players.

"The feedback we got in the last camp with the Under 20s on was that he was the model professional.

"Watching him play against Wycombe last week was a big test, up against Adebayo Akinfenwa and Sam Vokes.

"Every corner was a physical test for him but he coped really well. He's deserved the opportunity to come and train with us and potentially put himself in consideration."