Ernesto Valverde’s side moved five points ahead of Atletico Madrid thanks to goals from Lionel Messi and Luis Suarez at the Coliseum Alfonso Pérez.

Messi opened the lead after 20 minutes, after Rakitic’s chipped ball landed between two defenders leaving the Argentine to nip in front of the keeper and slot home.

Five minutes later and Barcelona almost doubled their lead as Messi dribbled through four men as the ball stuck to his feet.

Artur Melo’s took over and cut it back to Pique, however, the centre-backs effort was saved.

Six minutes from time and Suarez doubled the lead with a sensational volley outside the box made it 2-0.

A Messi free-kick was headed out an the Uruguayan stepped back and caught the ball perfectly as it arrowed in past keeper David Soria. 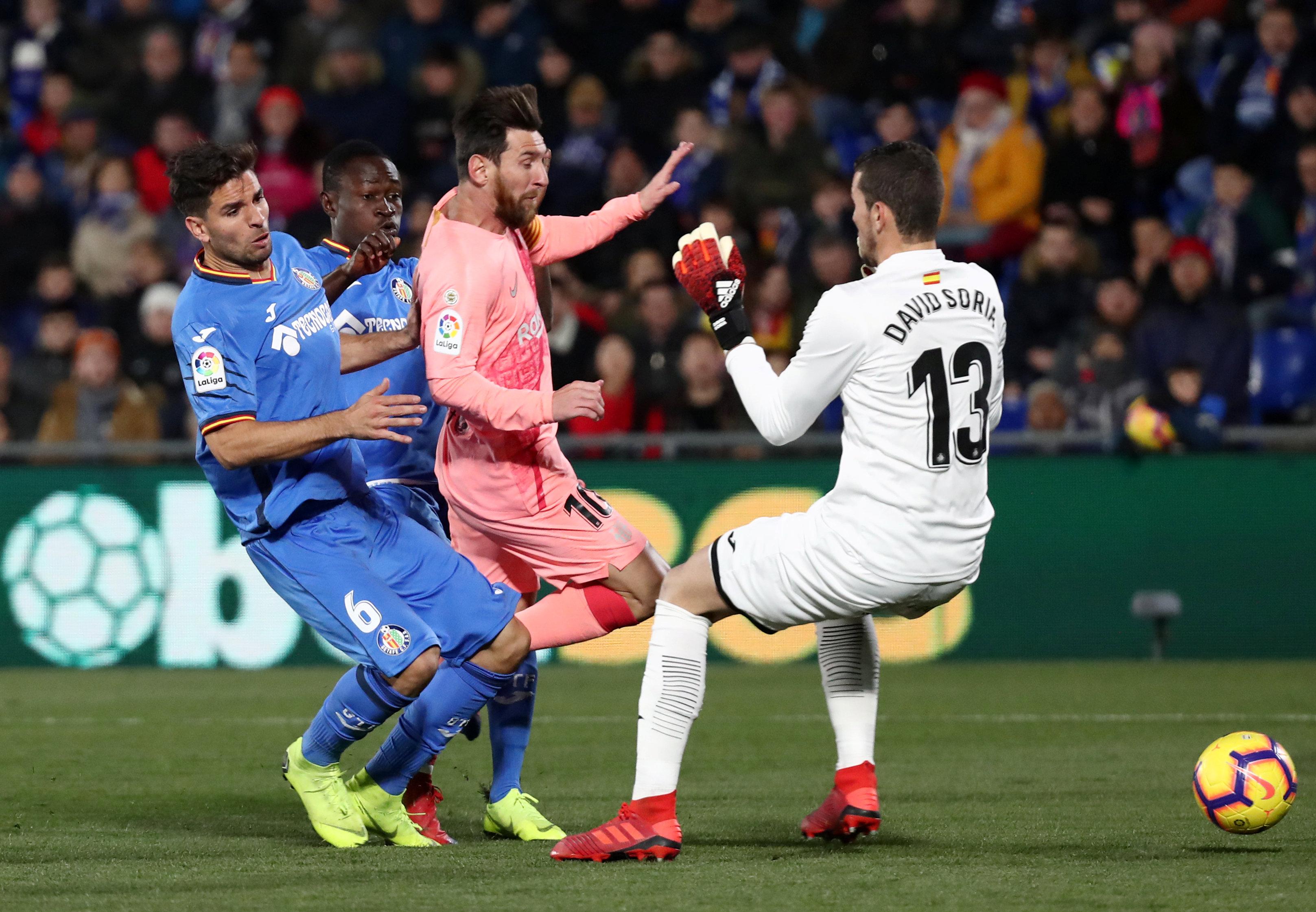 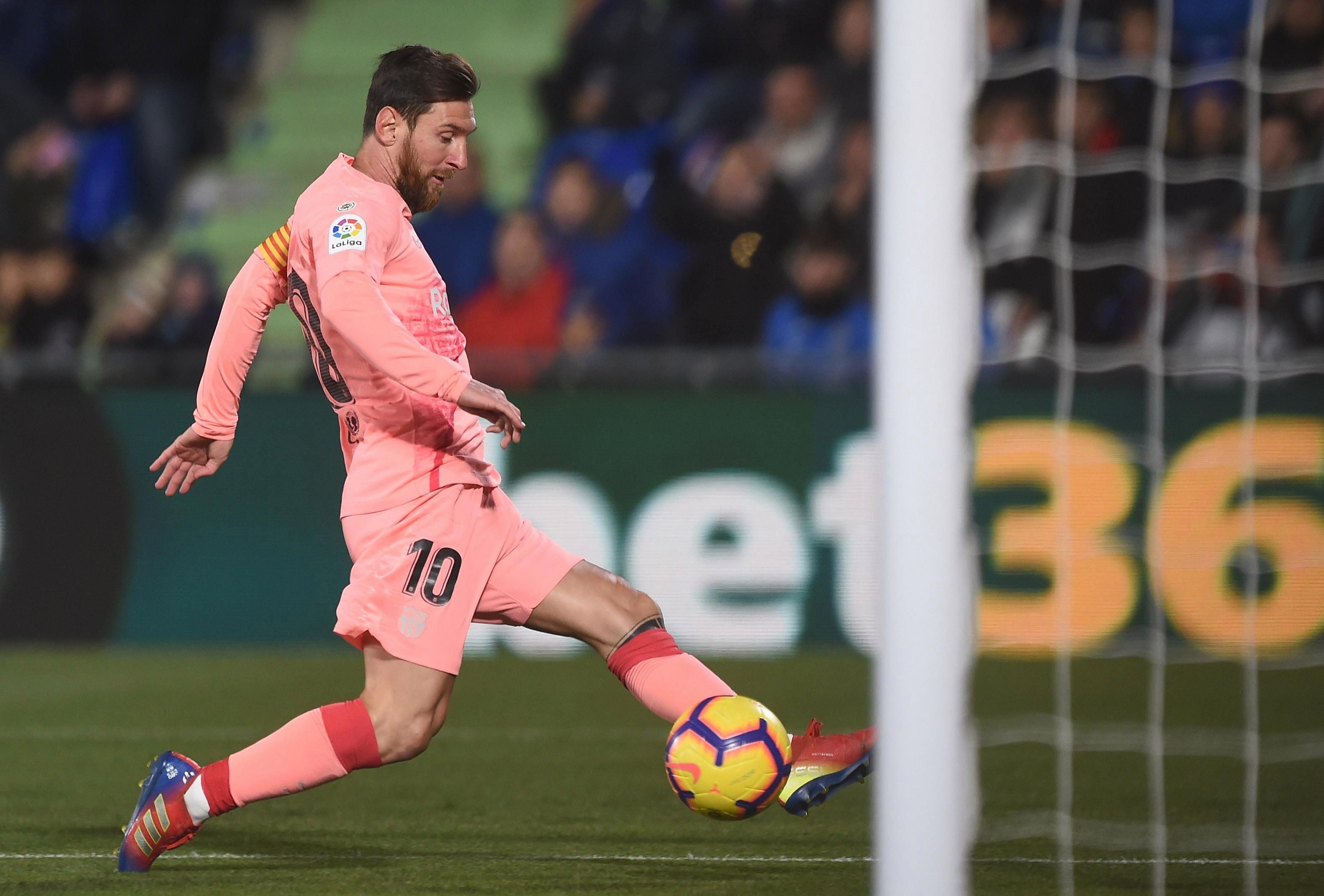 Three minutes later, however, and Getafe had pulled one back as Vitorino Antunes whipped the ball into the box and Ángel cut it back to to Jaime Mata who tapped in.

Getafe almost equalised before half-time from a corner as Leandro Cabrera’s bullet header forced Ter Stegen to react fast as the German stopper palmed the ball away.

The home side saw a golden opportunity to equalise go begging 25 minutes from time as Jorge Molina Vidal put Mata through on goal.

Mata rounded Ter Stegen but as the ball was going away from the forward he struck wide off balanced. 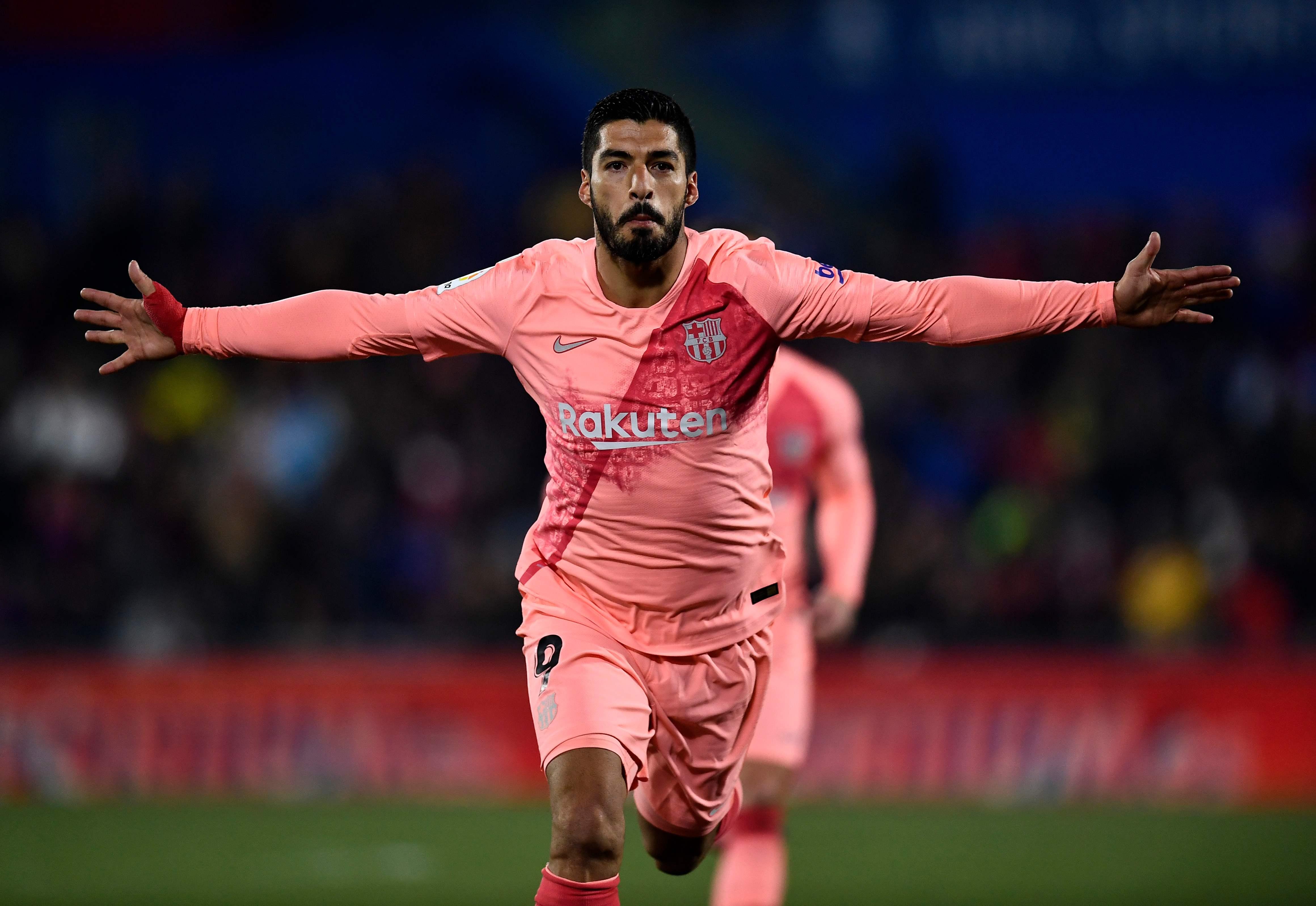 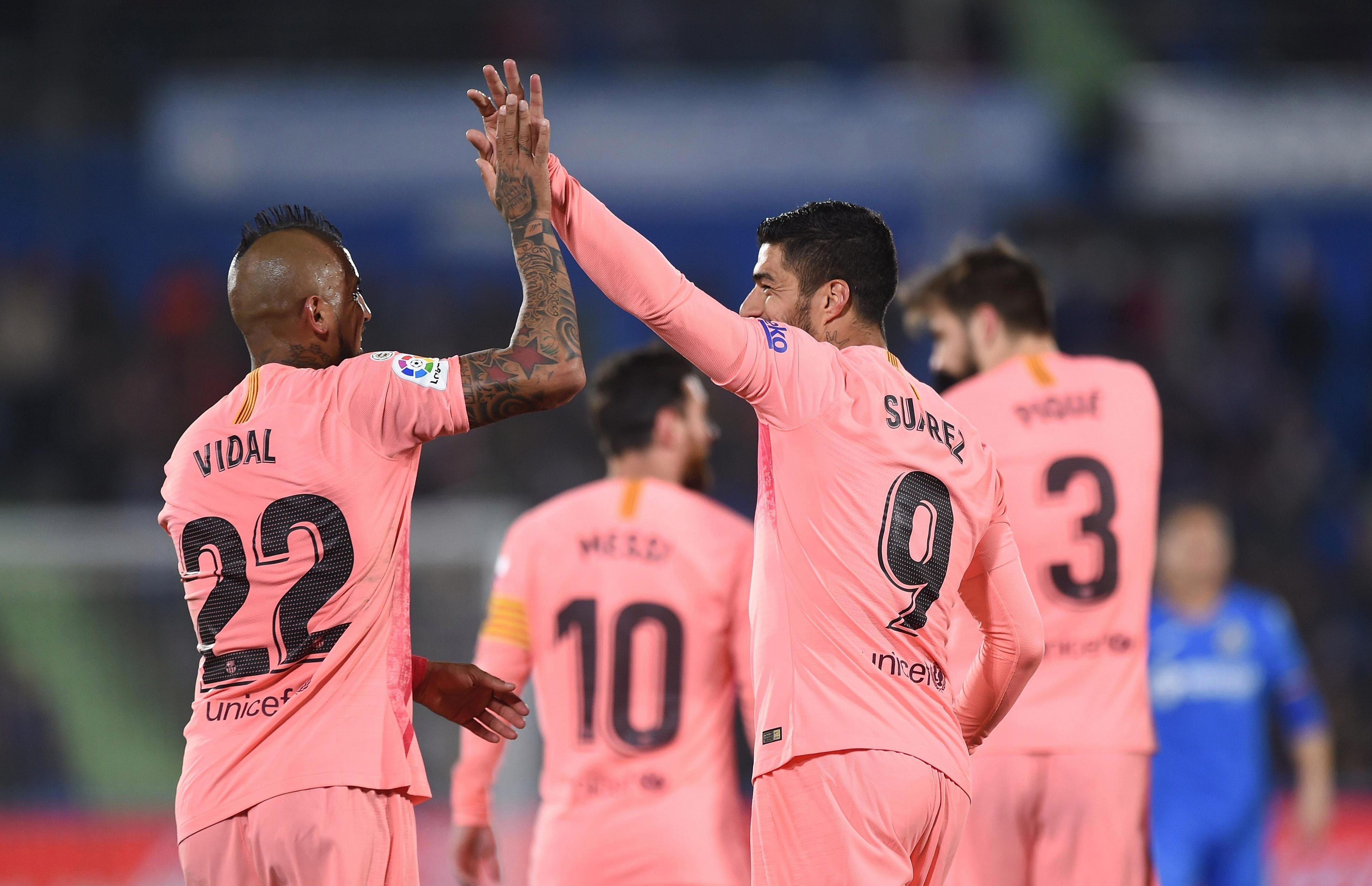 The Spaniard’s effort went wide as Mata not only missed an open goal but a perfect opportunity to equalise.

Arsenal target Moussa Dembele had a good game as the Frenchman weaved in an out of the Getafe defence and set up Messi 15 minutes from time.

Dembele put Messi through on goal but the Argentine saw his effort saved by David Soria who dived to his left to save the side footed effort.

Getafe pressed until the final whistle but ultimately could not muster a clear goal scoring chance as Barcelona made it five wins in a row.