Lionel Messi, Ousmane Dembele and Luis Suarez were all spotted at Barcelona airport as they left their club for 2018, sitting top of La Liga. 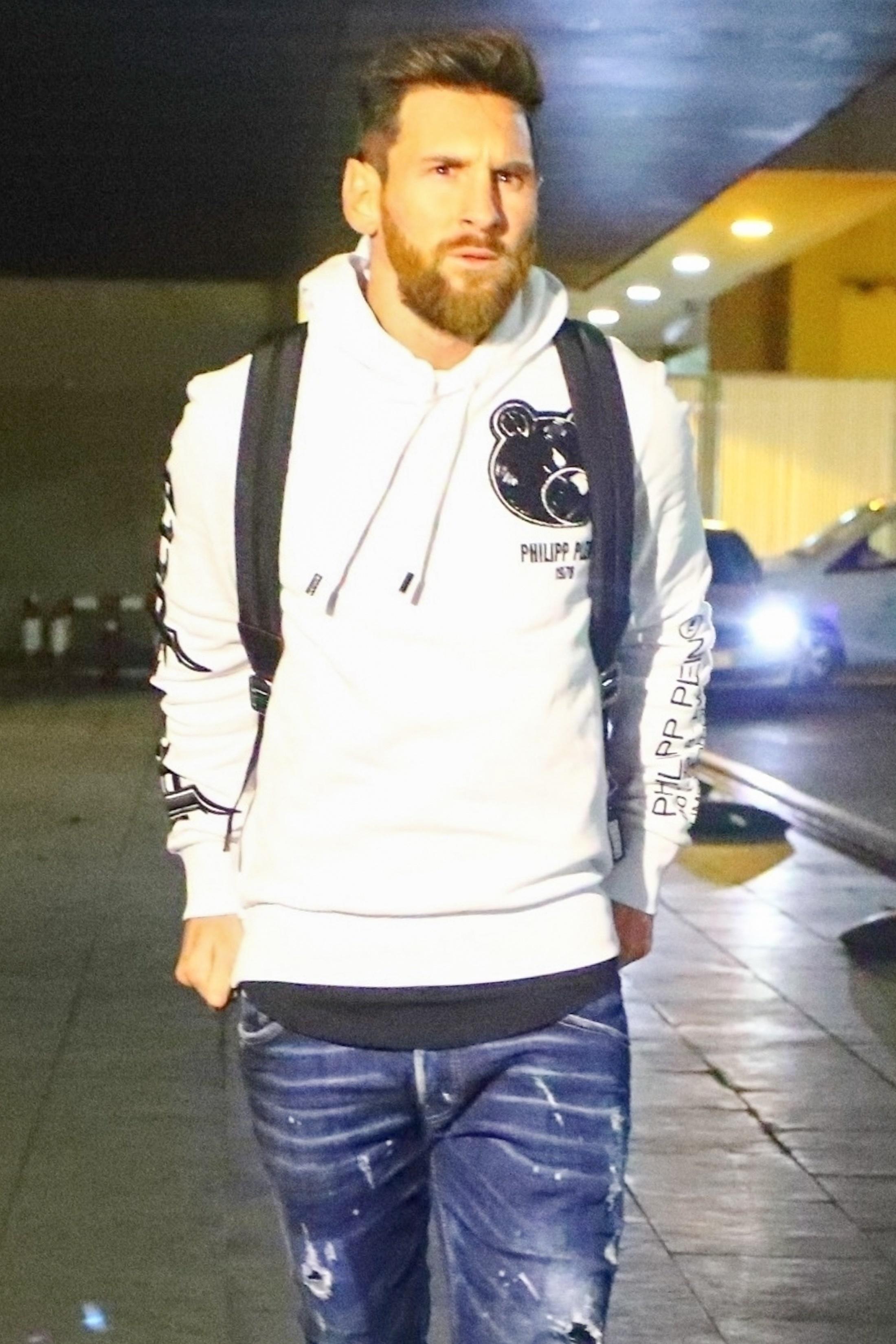 Five time Ballon d'Or winner Messi looked relaxed as he seemed to be preparing to fly solo to Argentina.

While his team-mate Suarez was flying back to Uruguay with his kids in tow.

World Cup winner Ousmane Dembele kept it casual as he dashed through the airport to make a short-flight home.

Both Messi and Dembele found their name on the scoresheet yesterday, as they entertained fans at the Nou Camp for the final time this year. 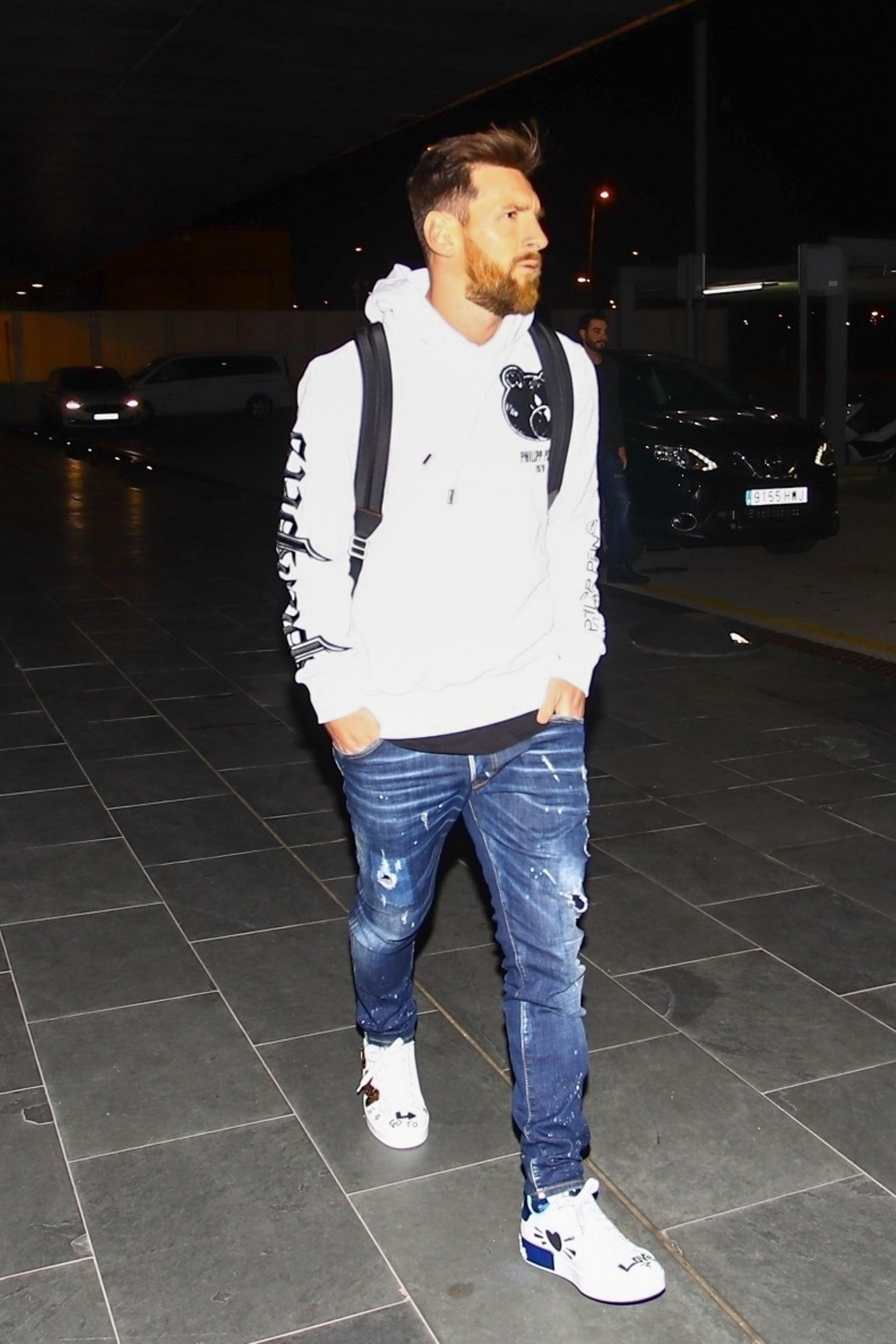 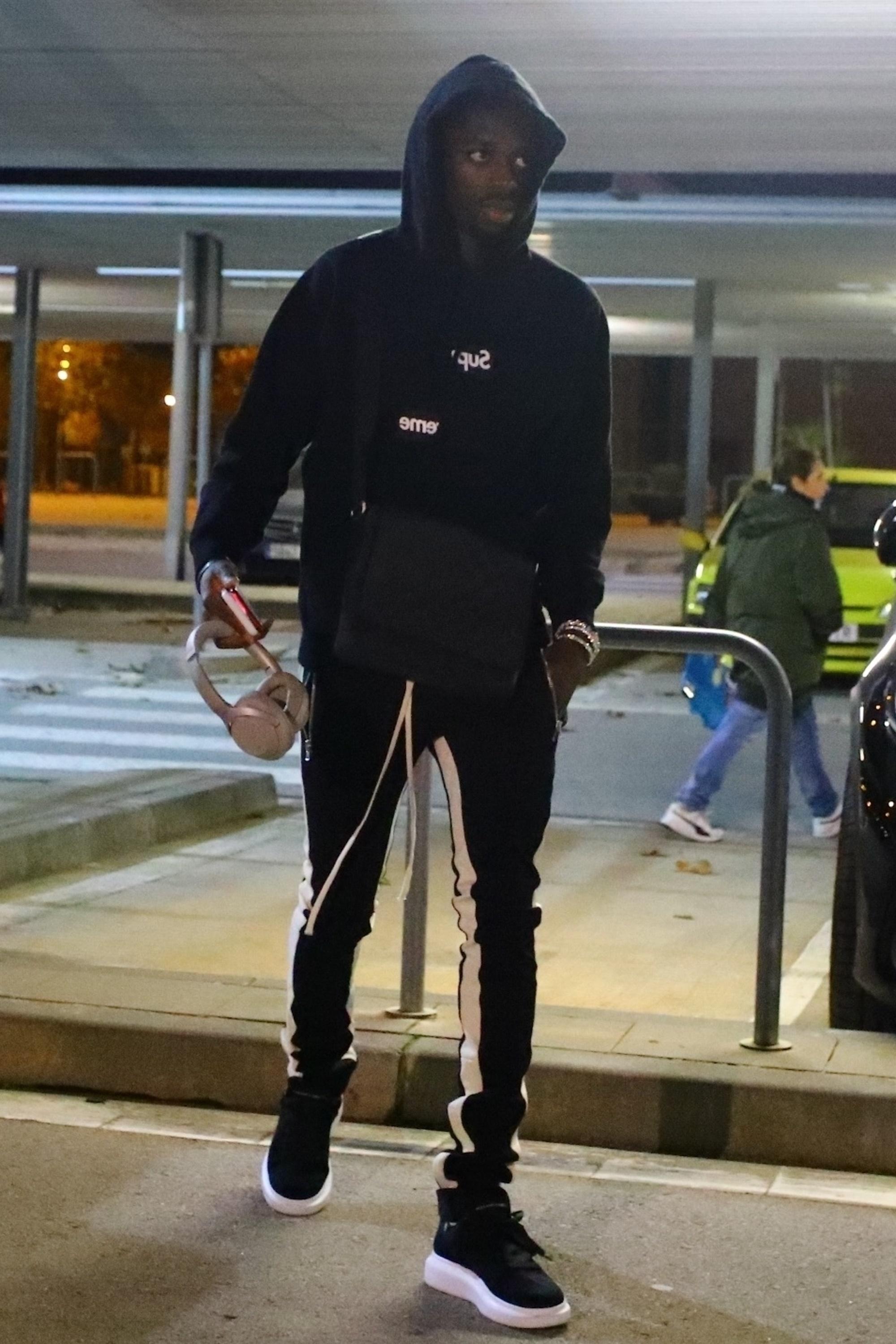 The defending champions are just three points clear of Atletico Madrid, but finished their season with a 2-0 win against Celta Vigo yesterday.

Dembele scored for his ninth goal for his club this season, despite not knowing if he would remain in Spain in the New Year.

Clubs across Europe have stepped up their interest in the French midfielder, with Arsenal leading the chase.

Barca seem to have a long-term plan in mind, they have put measures in place to stop the French wonderkid from going AWOL again and have told him he is 'banned from turning off phone' after sleeping through training. 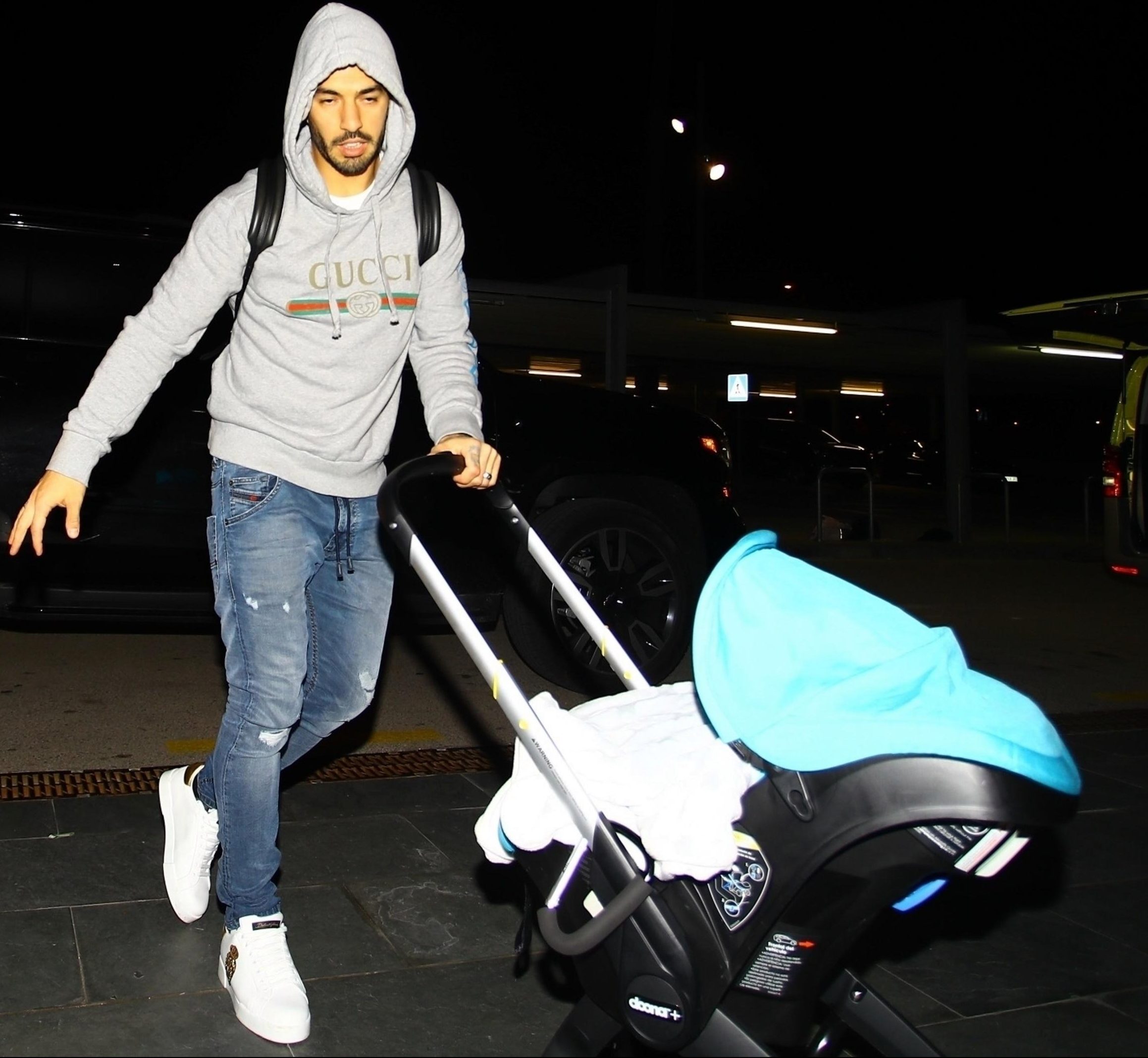 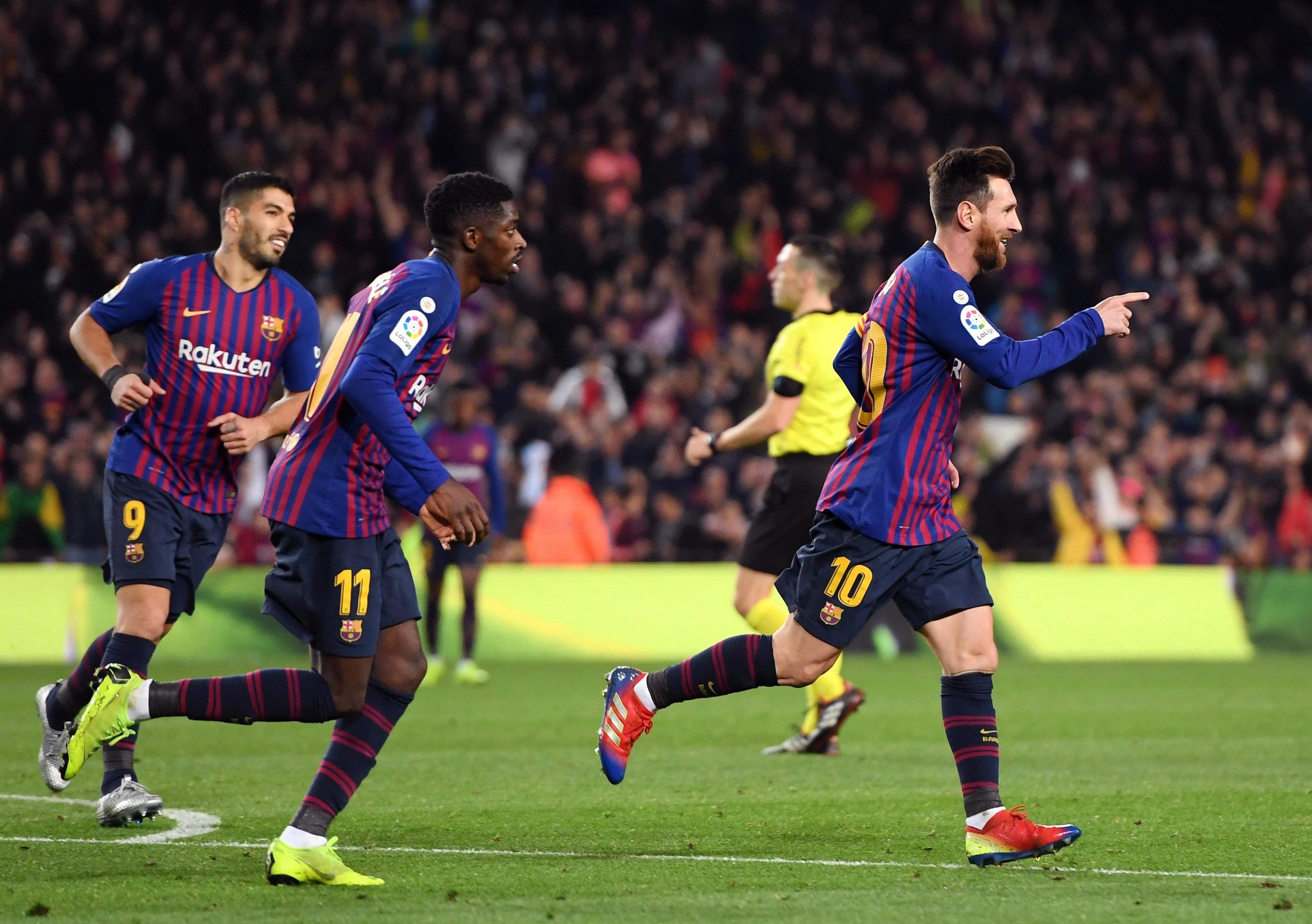 Messi defended his team-mate earlier this month and looked to scupper Arsenal's hopes of singing him in January.

The Argentinian declared that Barcelona needed Dembele, thanks to his recent fine form.

The trio will hope to be reunited in the New Year after a two week break.

Barca travel to Getafe on January 6 as they look to kick off the New Year with a bang and extend their unbeaten run, across all competitions, to 19 games.