BARCELONA have swooped in on the highly rated Ajax centre back Matthijs de Ligt after securing the signature of teammate Frenkie De Jong for £65m.

Liverpool have displayed interest in the 19-year-old who already pairs up with Virgil Van Dijk for the Netherlands. 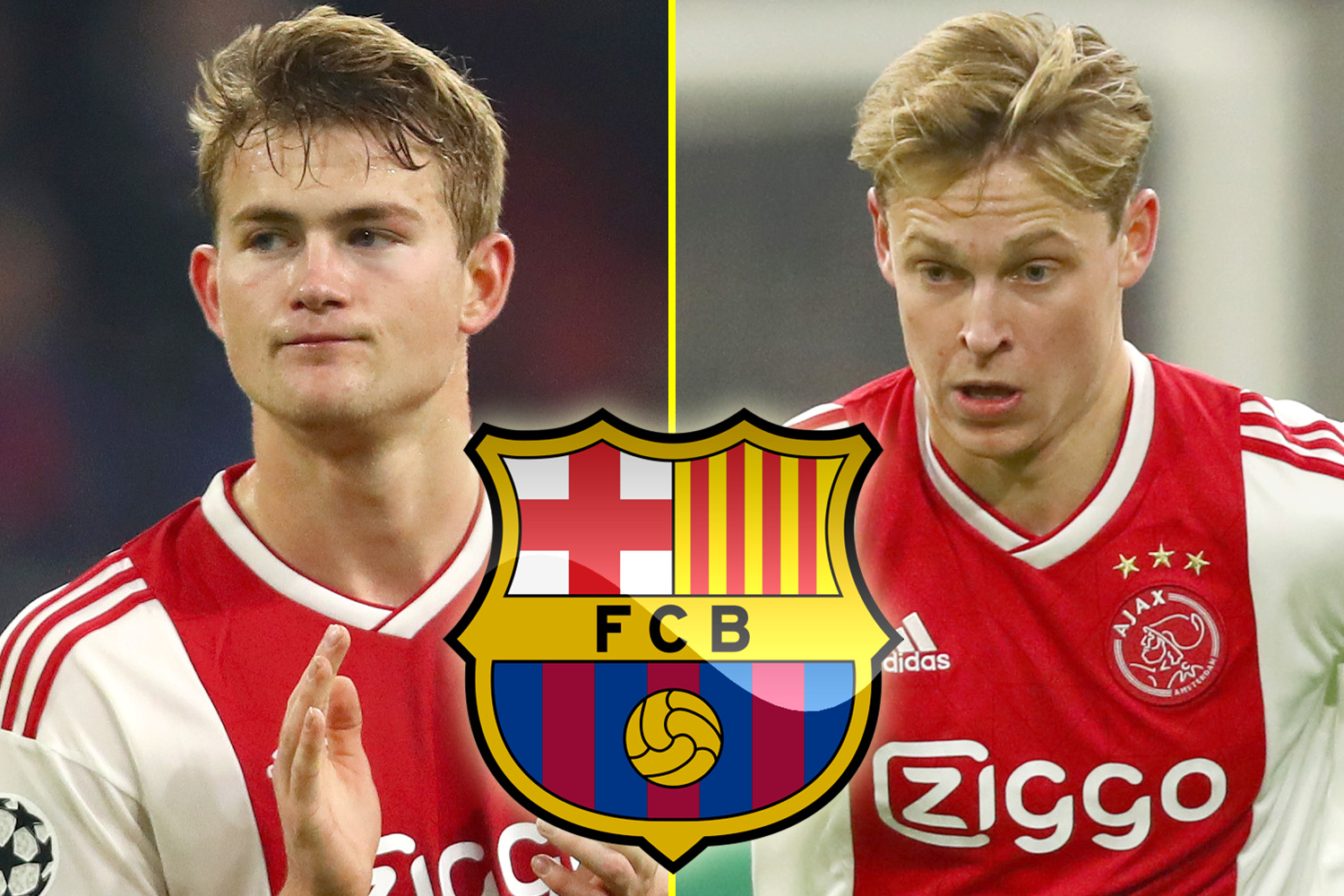 Unai Emery is looking to freshen up Arsenal's back line while Manchester City will have a Vincent Kompany-sized hole to fill in theirs.

But the English sides may have to look elsewhere according to Sport, who say Barcelona and Ajax are on track with talks to keep the Dutch friends together in Spain.

Barca are also brokering a collaboration between the clubs which could see players easily switch between the sides in the future.

The defender has made an impressive start to his career and has already got the captain's armband at the age of just 19. He has already made 104 appearances for Ajax, as well as earning 13 caps for the Netherlands.

De Ligt also stood out during Ajax's emphatic victory over Real Madrid to knock the holders out of the Champions league – which could have perked the interest of their La Liga rivals.

Reports suggest that a fee of £52m has been offered to the Eredivisie outfit from Barca in the hope to secure the youngster for the next five seasons.

Catalan legend Gerard Pique is now 32 and an integral part of the Barcelona back-line, so could be a perfect mentor beside the young Dutch star. 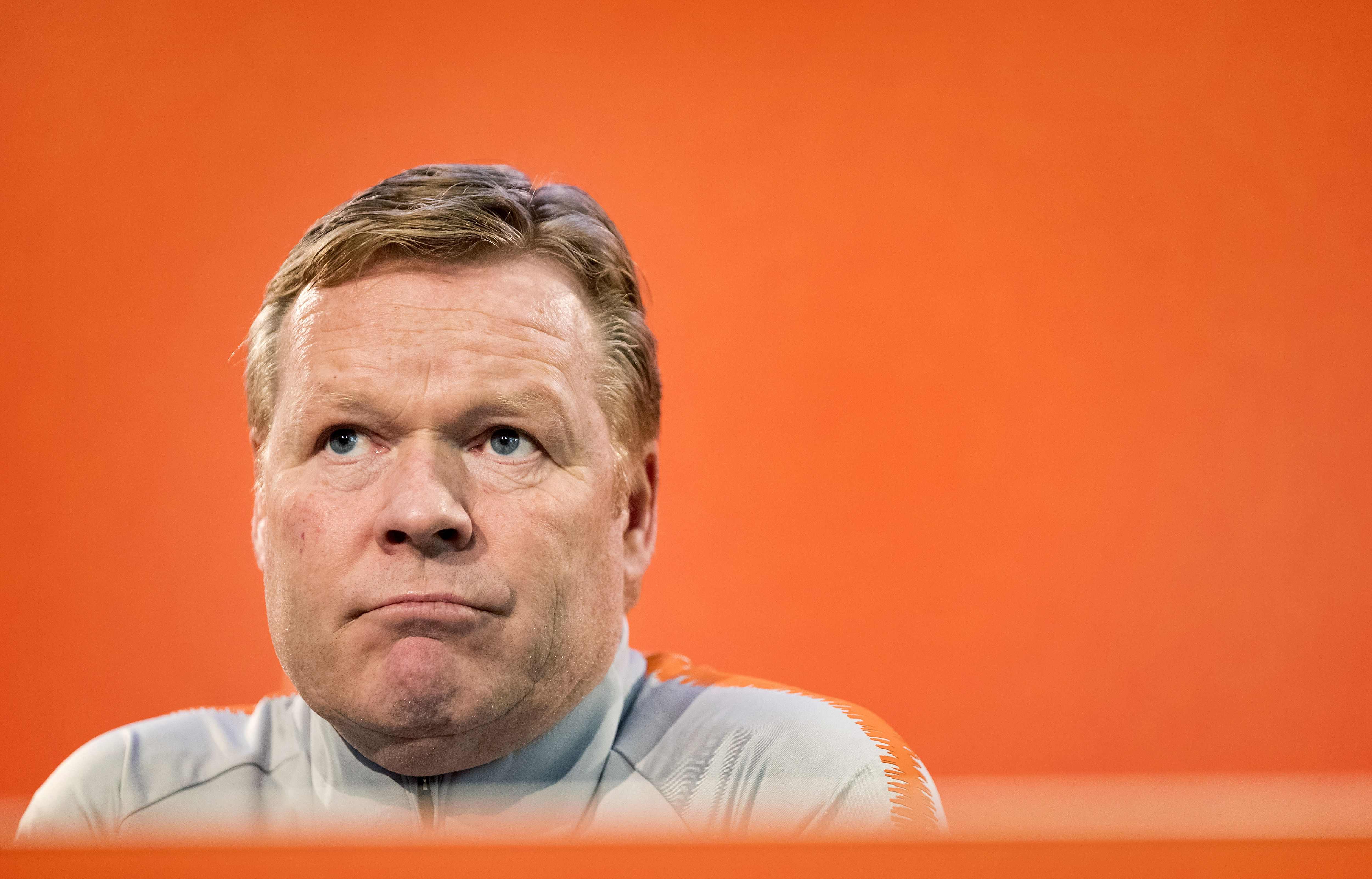 Former Everton manager and current Netherlands boss, Ronald Koeman, recently praised the Dutch pair during an interview with local television station TV3, saying: "De Ligt is only 19 years old, he plays a very important position in the squad and he already is Ajax’s captain.

“This is a player who grew up in the Ajax school, which is practically the same as the Barcelona school. He has a lot of tactical and footballing quality.

“I believe that he will be the best centre-back in the world in a few years. De Jong can play as a centre midfielder and a creative midfielder.

“If you play with three midfielders, he can play as the stopper perfectly."

Both players will be in action tomorrow when the Netherlands face Belarus before they host Germany on Sunday.

Back with the national team ?

Back with the national team ?

There have been many successful moves from Ajax to Barcelona, starting with the legendary Johann Cruyff who won the La Liga in his debut season at Barca. The de Boer twins moved in a joint deal to the Spanish side and  Zlatan Ibrahimovic made his name at Ajax before taking the trip south to join Pep Guardiola.

With De Ligt potentially Barcelona bound, that could further the speculation that Samuel Umtiti will depart this summer with both Manchester clubs looking to land the Frenchman.

Real Madrid were left humiliated on their own turf on Tuesday as they lost their three-year grip on the Champions League trophy on an unforgettable night at the Bernabeu.

Nobody — particularly not suspended Real skipper Sergio Ramos — gave the Dutch side a prayer of reaching the last eight.

But they raced to a sensational 4-1 victory and SunSport’s MARTIN BLACKBURN looks at how they did it: