BARCELONA have released a third pink kit for this season, and it will set you back a whopping £99.55.

Kit manufacturers Nike wanted the shirt to pay homage to the city of Barcelona and features a bold sash design inspired Avinguda Diagonal, one of the city’s most famous streets. 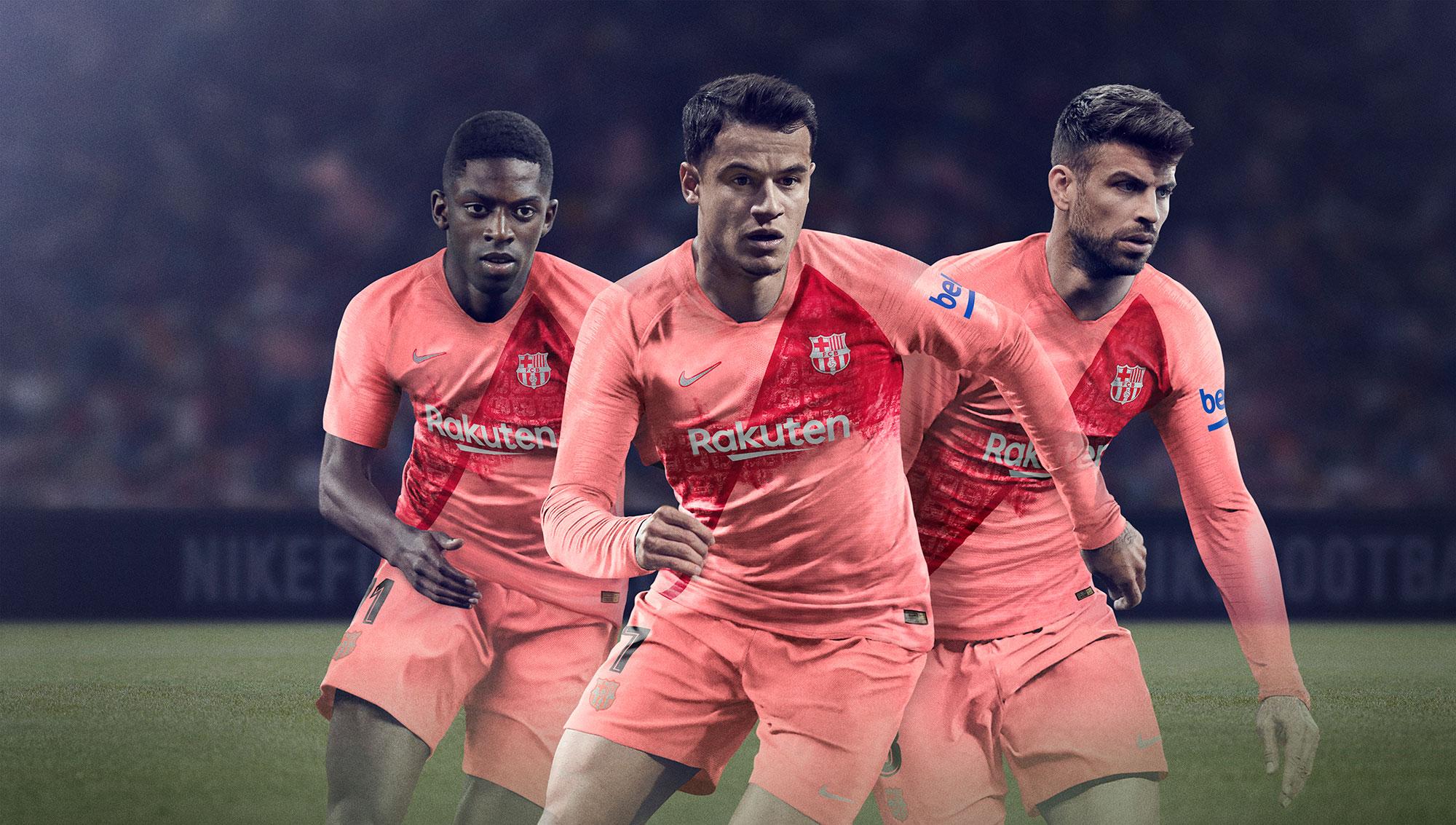 The two-tone shirt that will be worn by Lionel Messi and his team-mates incorporates a darker red which gives way to a paler pink shade.

Barca’s other two kits for the campaign have their own theme attached as the home shirt celebrates the ten principle districts of the capital of Catalonia.

The yellow away shirt reflects the 2005/06 campaign when the club won the Champions League and the La Liga title.