BARCELONA ended a miserable week with a dismal 1-1 draw at home to lowly Cadiz.

A late goal at the Nou Camp denied them victory and dealt a major blow to their LaLiga title hopes. 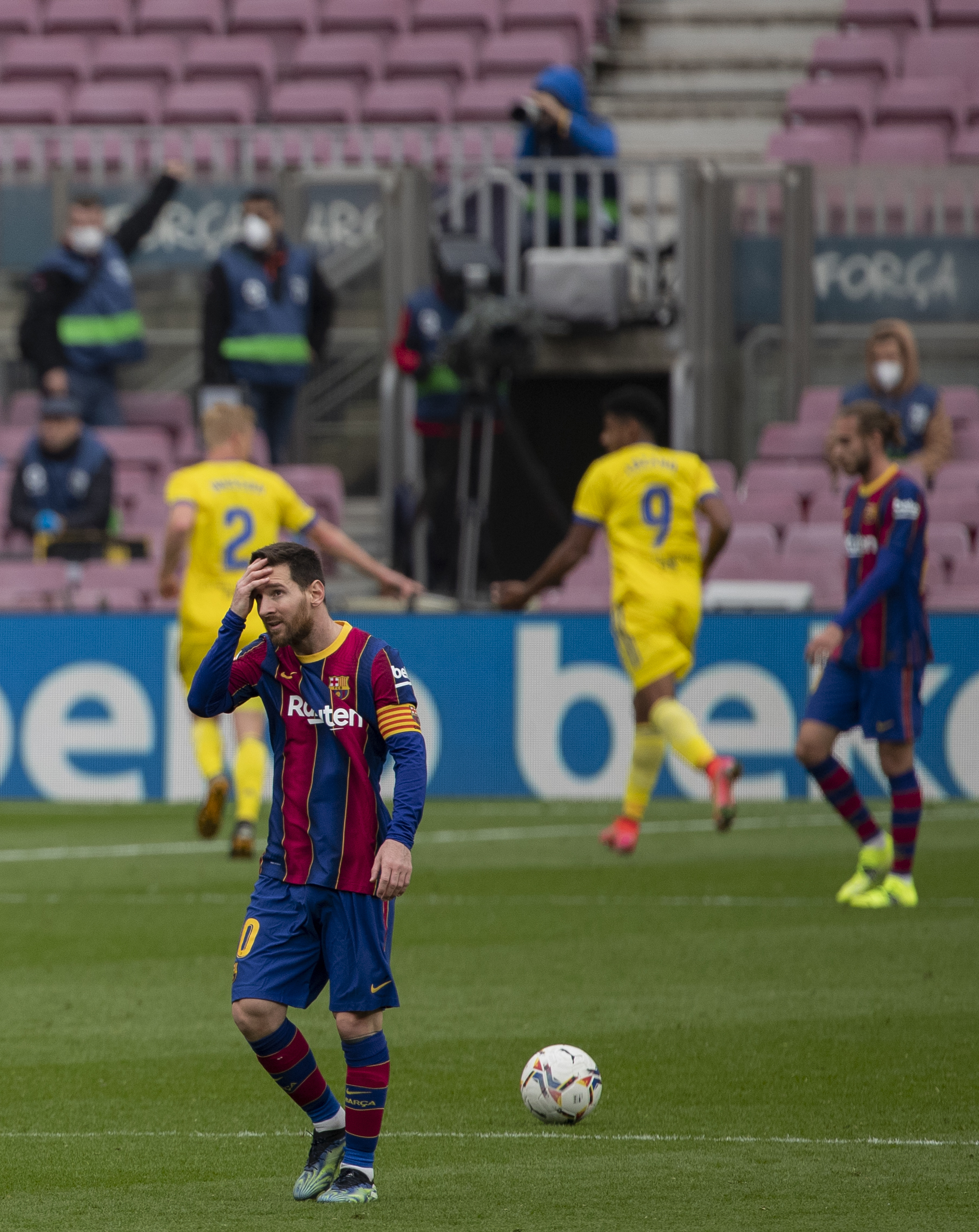 But Barca were stunned late on when Alex Fernandez converted an 89th minute penalty for struggling Cadiz.

It was a missed opportunity for the hosts after leaders Atletico Madrid lost at home to Levante.

The draw ended Barca's run of seven successive league wins and leaves them a distant eight points behind Diego Simeone's side.

Barca dominated against Cadiz but failed to build on their lead and were punished when Cadiz scored from their only effort on target.

It has been a season to forget for Barca with Ronald Koeman coming under increasing pressure.

Koeman's problems increased after his side were thrashed 4-1 at home to Paris Saint-Germain in the Champions League.

Kylian Mbappe scored a hat-trick and Koeman described it as a reality check after the hosts were humbled.

It was a crushing blow for Barca as they were taught a lesson by the French giants despite taking the lead through Messi.

Barca legend Xavi has admitted it would be a dream to return to the club and his comments have only intensified the pressure on under fire coach Koeman.