CHRIS BASHAM stunned Elland Road into silence as Sheffield United leapfrogged Leeds in the battle for the top two.

The Blades midfielder latched on to Billy Sharp’s pass to fire past Kiko Casilla after 71 minutes. 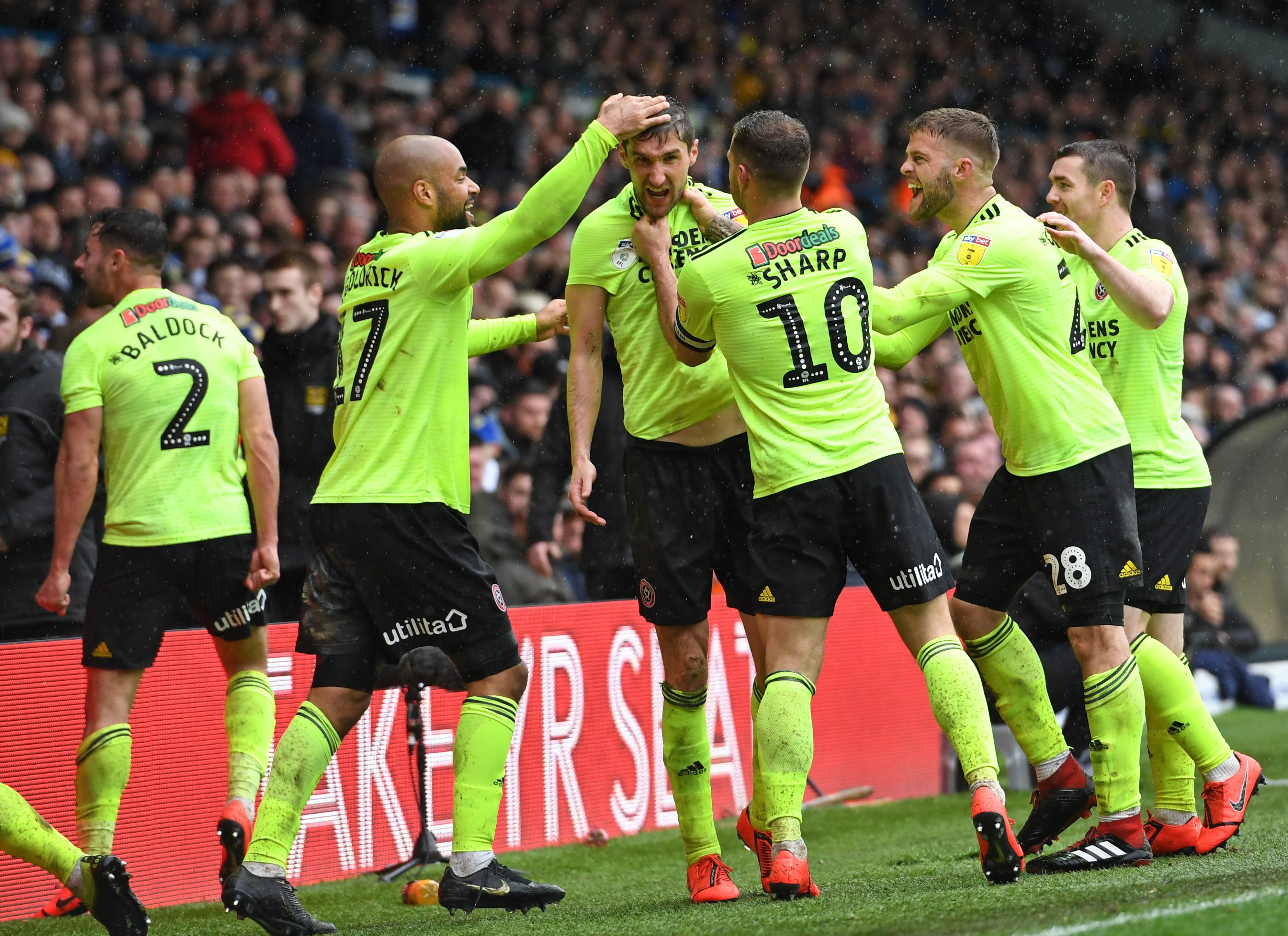 And that goal was enough for Chris Wilder’s side to move up into the second automatic promotion place – a pace and a point above their Yorkshire rivals.

It was a huge result for the Blades, who with eight games will now be favourites to return to the Premier League alongside league leaders Norwich.

While the nerves have returned around Elland Road, as visiting fans sang, ‘Leeds are falling apart again”.

In the build-up, Whites defenders Pontus Jansson described this clash as “the biggest game of our lives”. 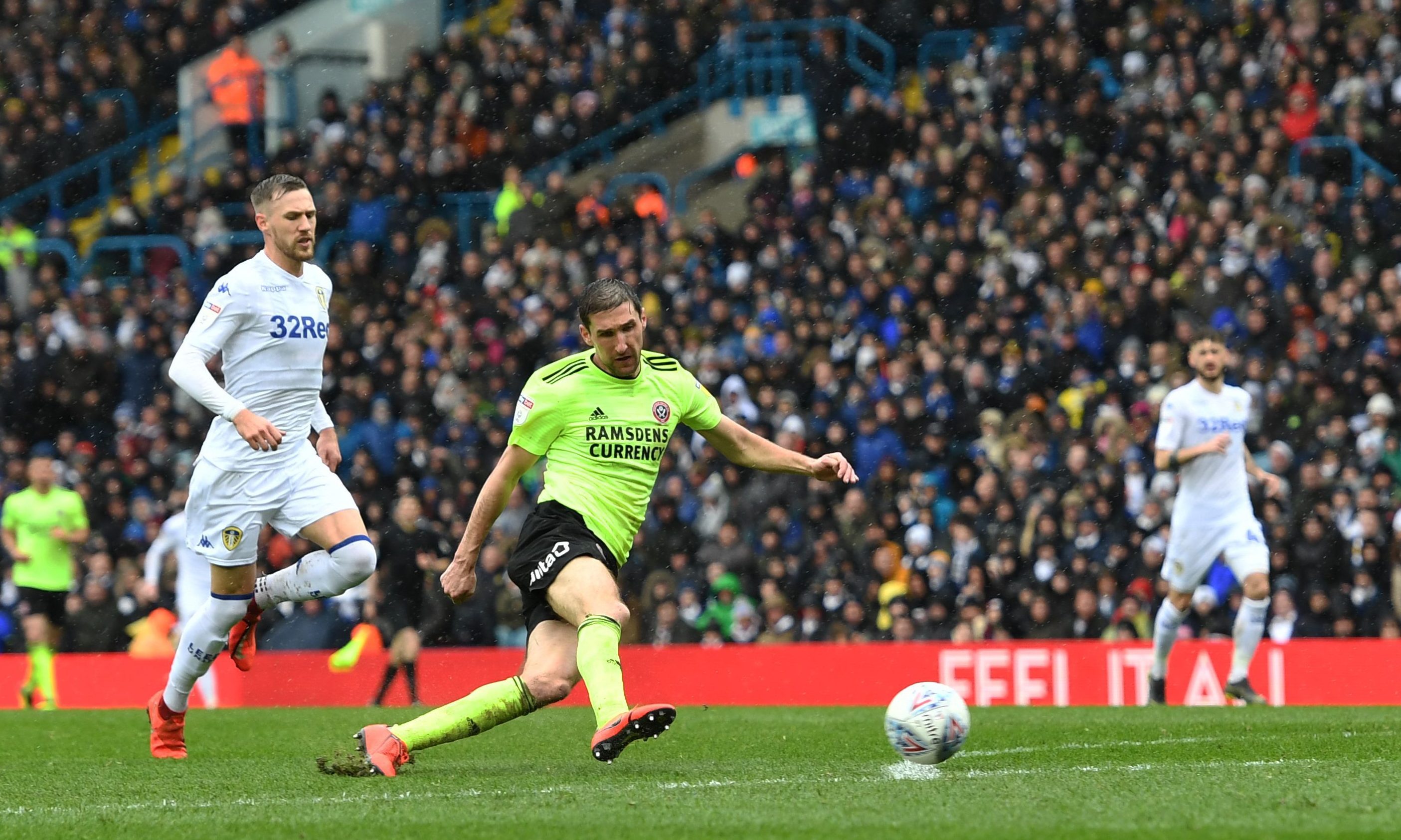 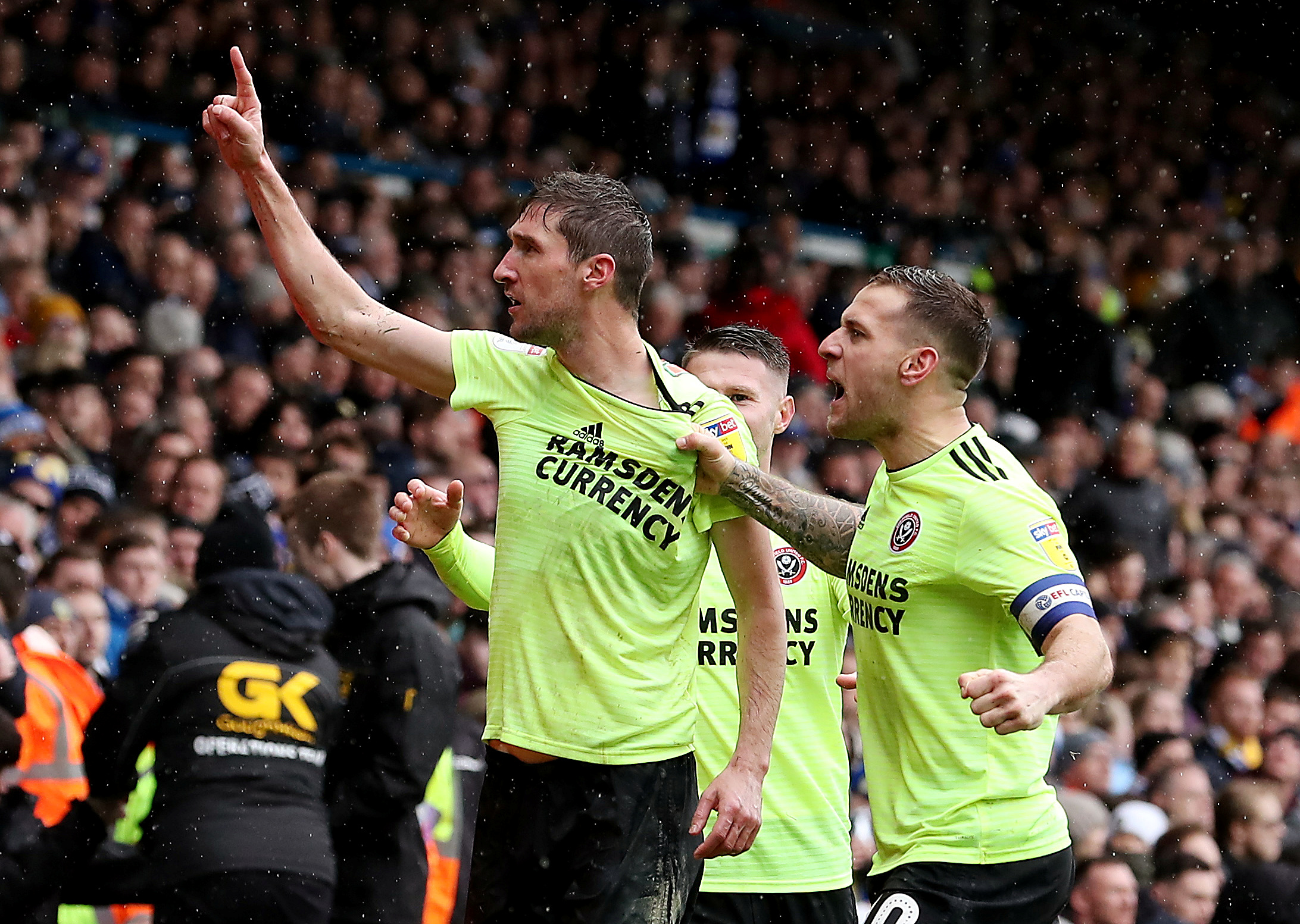 And Leeds, roared on by a ferocious full house, were playing like it as they dominated the opening half hour.

After quickly getting to grips with the wet pitch, Patrick Bamford had an early drive blocked by Martin Craine from Pablo Hernandez’s pass.

Jack Harrison volleyed over after Mateusz Klich dug out a cross, then Bamford lashed over on the bounce when Hernandez found him again.

Tyler Roberts headed wide from Ezgjan Alioski’s centre, then the left-back blasted over himself after good work from Luke Ayling down the right.

After 30 minutes, the hosts had enjoyed 75 per cent of possession and it looked like a matter of time before they opened the scoring.

But the Blades did finally rally in the closing stages of the first half.

And David McGoldrick picked out Basham with a defence-splitting pass – but after rounding keeper Casilla his squared ball for Billy Sharp was poor.

The visitors were bright again after the break and Ollie Norwood struck over from the edge of the box.

Leeds came closer when Hernandez slipped in Klich and he pulled back to Roberts, who clattered the right post.

But it was the Blades who were in dreamland after 71 minutes.

McGoldrick flicked on a long ball towards strike partner Sharp, which Liam Cooper failed to clear.

Sharp then twisted the floundering Leeds captain inside out before knocking across to Basham, who had made a surging run down the right.

And the Blades midfielder slid in on the edge of the box to bury the ball into Casilla’s bottom right corner for his first goal since November, before diving in front of the jubilant visiting fans.

Leeds brought on Jack Clarke for his first appearance since collapsing at Middlesbrough.

And he almost architected an equaliser, as Bamford put his centre just wide.

But any hope of a leveller went when Casilla was shown a red card for hauling down the goalbound Sharp after he had gone past him.