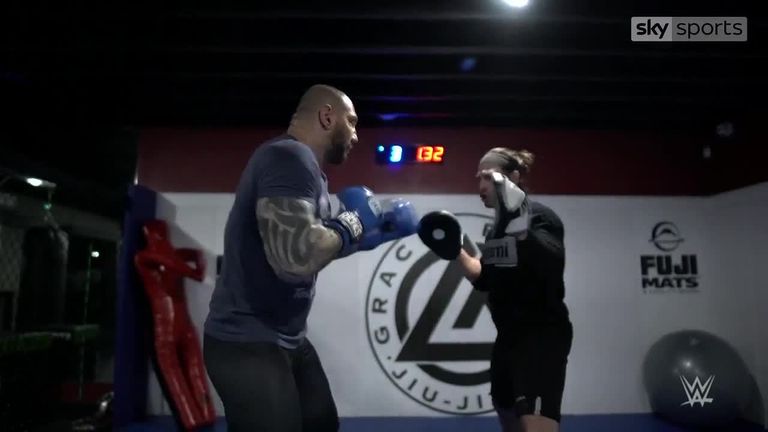 Batista says he will not go back on his promise to retire from wrestling but would like to return to WWE in some form.

The 50-year-old, who has found great fame in Hollywood as Drax the Destroyer in the Guardians of the Galaxy series, fought Triple H at WrestleMania 35 in a match he insists will be his last.

Batista confirmed his retirement immediately after the event and says that unlike other ‘wrestling retirements’ he will stay true to that word.

Several legends have recently come out of ‘retirement’, with Goldberg competing at Super Show-Down earlier this month and Shawn Michaels ending an eight-year spell out of action by teaming with Triple H to take on the Brothers of Destruction at Crown Jewel last November.

But Batista told Chris van Vliet: “This is a real wrestling retirement. I am done. My in-ring career is over.