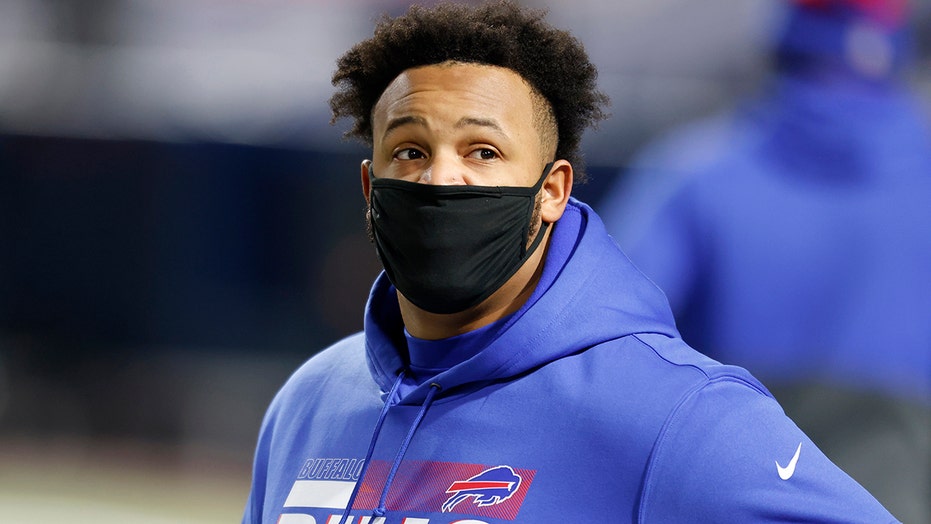 Buffalo Bills offensive lineman Dion Dawkins opened up Tuesday about the challenges he faced – mentally and physically – when he contracted the coronavirus.

Dawkins tested positive for the illness when he arrived at Bills’ training camp on July 28 and was activated from the reserve/COVID-19 list last week.

“Honestly, man it was one of the lowest points I’ve ever been. I never even thought I could even get that low because I’m so animated. And that hit hard. Even with the mental stuff, it hit every part of me, and I was shocked that it could even hit that. Being in the hospital was probably the hardest part because I was like man, I’m in the hospital and my team is out there working. And I’m here. I’m not helping if I’m not present,” he said, via the team’s website.

Dawkins admitted he questioned whether he would survive.

“I didn’t know that my mind could get to the low that it could get to. And I was extremely emotional, extremely emotional. … Like I was down bad, I was down bad where I could barely move, and I was just hurting. But you keep pushing, God has a way of doing stuff and making things happen in your life so you can snap back and just like realize that, shoot life can be over before you know it,” he added.

Dawkins was in between vaccine doses when he contracted COVID. He said his 6-month-old son, who was born prematurely, was one of the reasons why he decided to get vaccinated.

“But when I took that initiative to get vaccinated, I just wanted to do what was right. The message that I probably would overall say is, do what you’re most comfortable with. But I’m glad I had the vaccine when I had COVID, I just wish that I could have been fully vaccinated,” he said.

Dawkins is entering his fifth season with the Bills. He’s played in 64 regular-season games during his career and started 59 of them. He will be tasked with blocking for quarterback Josh Allen once again as Buffalo hopes to get back to the Super Bowl.