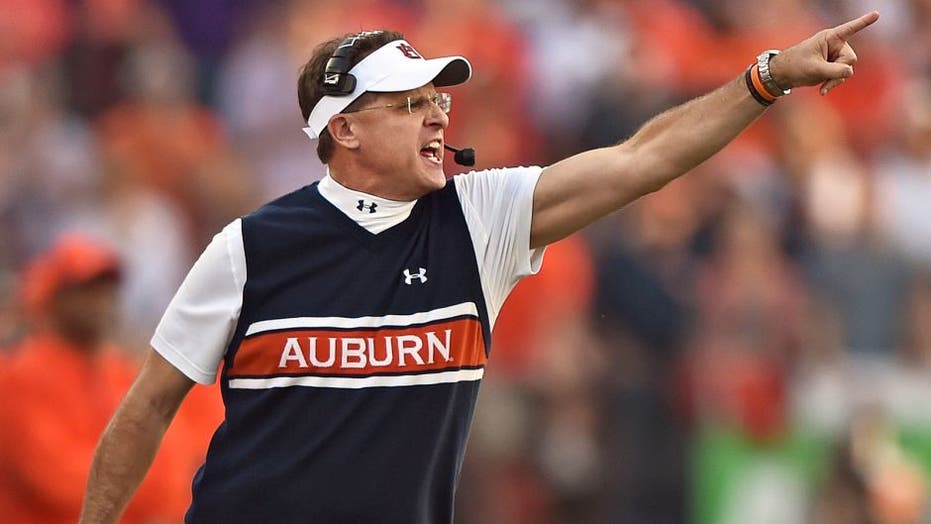 Auburn quarterback Bo Nix had a heartwarming message for coach Gus Malzahn on Sunday after the school fired him after eight seasons.

Nix posted a photo of himself and Malzahn celebrating on Instagram.

“Coach Malzahn, thank you for believing in your players and giving all of us a chance to live out our goals and dreams. You are a great representation of an Auburn man, and it was an honor to play under your leadership! The Lord has used you to influence the lives of so many, and your relationship with him has been on full display. Thank you for your investment in me, this program, and Auburn University,” Nix wrote.

Malzahn’s removal was announced a day after the Tigers concluded their regular season with a 24-10 victory over Mississippi State.

Defensive coordinator Kevin Steele will serve as the interim coach for Auburn.

Athletic director Allen Greene made the announcement on Sunday. The Tigers finished up the 2020 season with a 6-4 record, and they suffered blowout losses to Southeastern Conference opponents Alabama, Georgia, and Texas A&M.

“After evaluating the state of the Auburn football program, we’ve decided that it was time to make a change in leadership,” Greene said in a statement. “We appreciate everything that Gus did for the program over the last eight seasons. We will begin a search immediately for a coach that can help the Auburn program consistently compete at the highest level.”

In eight seasons, Malzahn finished with a 68-35 overall record, which included a 39-27 record against SEC opponents. Auburn reached the SEC title game in 2013, which was his first season as head coach, but the Tigers lost to Florida State in the national championship game.