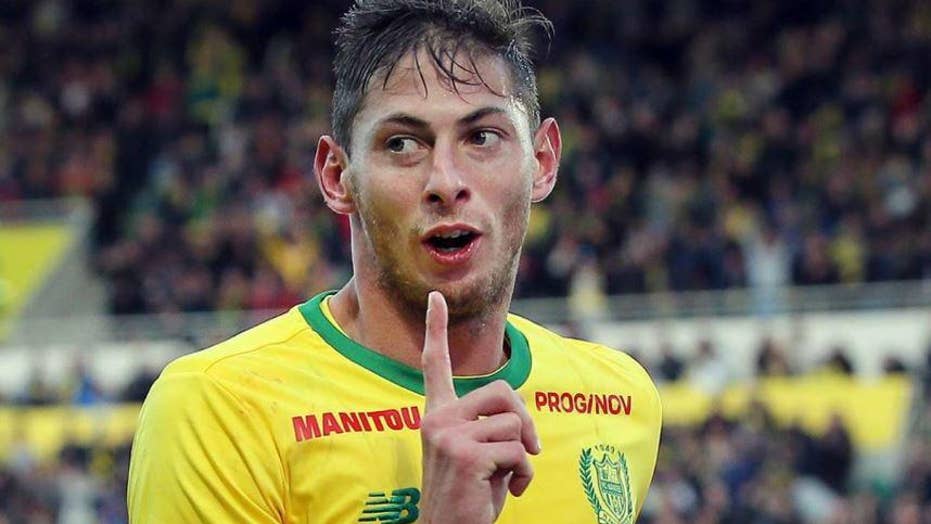 Investigators reveal that they found a body in the wreckage of a plane carrying missing Argentine soccer player Emiliano Sala and his pilot.

A body was found Monday morning in the wreckage of a plane carrying missing Argentine soccer player Emiliano Sala and his pilot, investigators revealed.

The Piper Malibu was located off the coast of Guernsey on Sunday – two weeks after it disappeared from radar over the English Channel as it flew from the French city of Nantes bound for Cardiff.

“Tragically, in video footage from the [remotely operated vehicle], one occupant is visible amidst the wreckage,” the Air Accidents Investigation Branch said. 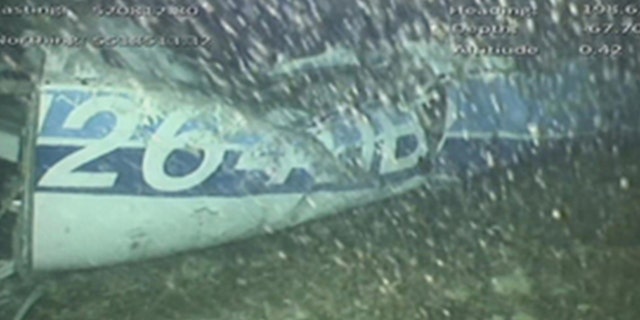 Footage from the wreckage of the Piper Malibu aircraft where Emiliano Sala was flying in before it went missing.
(Air Accidents Investigation Branch)

It was not immediately clear if the body found was that of Sala or his pilot, David Ibbotson, 59. Both men are presumed dead by authorities.

The 28-year-old soccer player was on his way to Cardiff after being signed by the Welsh capital’s Premier League team when the aircraft vanished. The primary search for the plane was called off after three days, but Sala’s family launched a fund-raising initiative with American-born shipwreck-hunting specialist David Mearns leading the underwater search.

Mearns did a search in conjunction with Britain's Air Accidents Investigation Branch, which also deployed a vessel for a search of the seabed on Sunday.

"Wreckage of the plane carrying Emiliano Sala and piloted by David Ibbotson was located early this morning by the FPV MORVEN," Mearns tweeted, referencing the survey vessel.

Footage from the ROV clearly showed the aircraft’s registration number on the rear left side of the fuselage.

“The AAIB is now considering the next steps, in consultation with the families of the pilot and passenger, and the police,” the branch said in a statement.

Speaking to Argentine broadcaster Cronica TV on Sunday, Sala’s father said he could not believe the plane wreckage had been found after two weeks of anguish and uncertainty.

“This is a dream. A bad dream. I am desperate,” Horacio Sala said.

Cardiff signed the 28-year-old Sala from Nantes for a club-record fee, reported to be about $19 million, on Jan. 19. The striker left Cardiff after signing his deal and returned to Nantes to collect his belongings and say goodbye to teammates and staff of the French top-flight club. He never made it back to Cardiff to start playing in the Premier League. 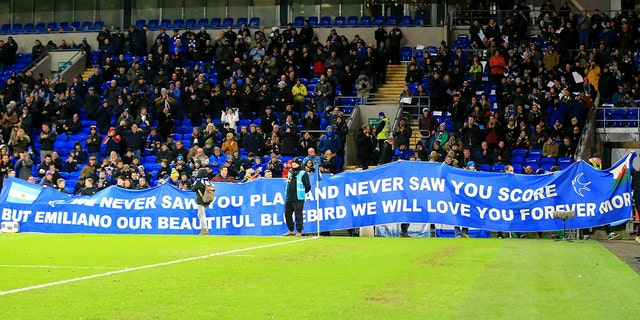 Tributes are paid to Emiliano Sala ahead of the English Premier League soccer match between Cardiff and Bournemouth at the Cardiff City Stadium, in Cardiff, Wales, Saturday, Feb. 2, 2019. (Mark Kerton/PA via AP)

At its first home game since the plane disappeared, Cardiff paid tribute to Sala before scoring a 2-0 victory over Bournemouth on Saturday.

Cardiff's players, who sported daffodils embroidered on their shirts in Sala's honor, celebrated one goal by racing to the home dugout and holding up a blue shirt bearing Sala's photograph.