HE has moved seamlessly from the pinnacle of sport to the top of the telly presenting tree.

Freddie Flintoff counts top shows on his CV — and now has another in his sights. 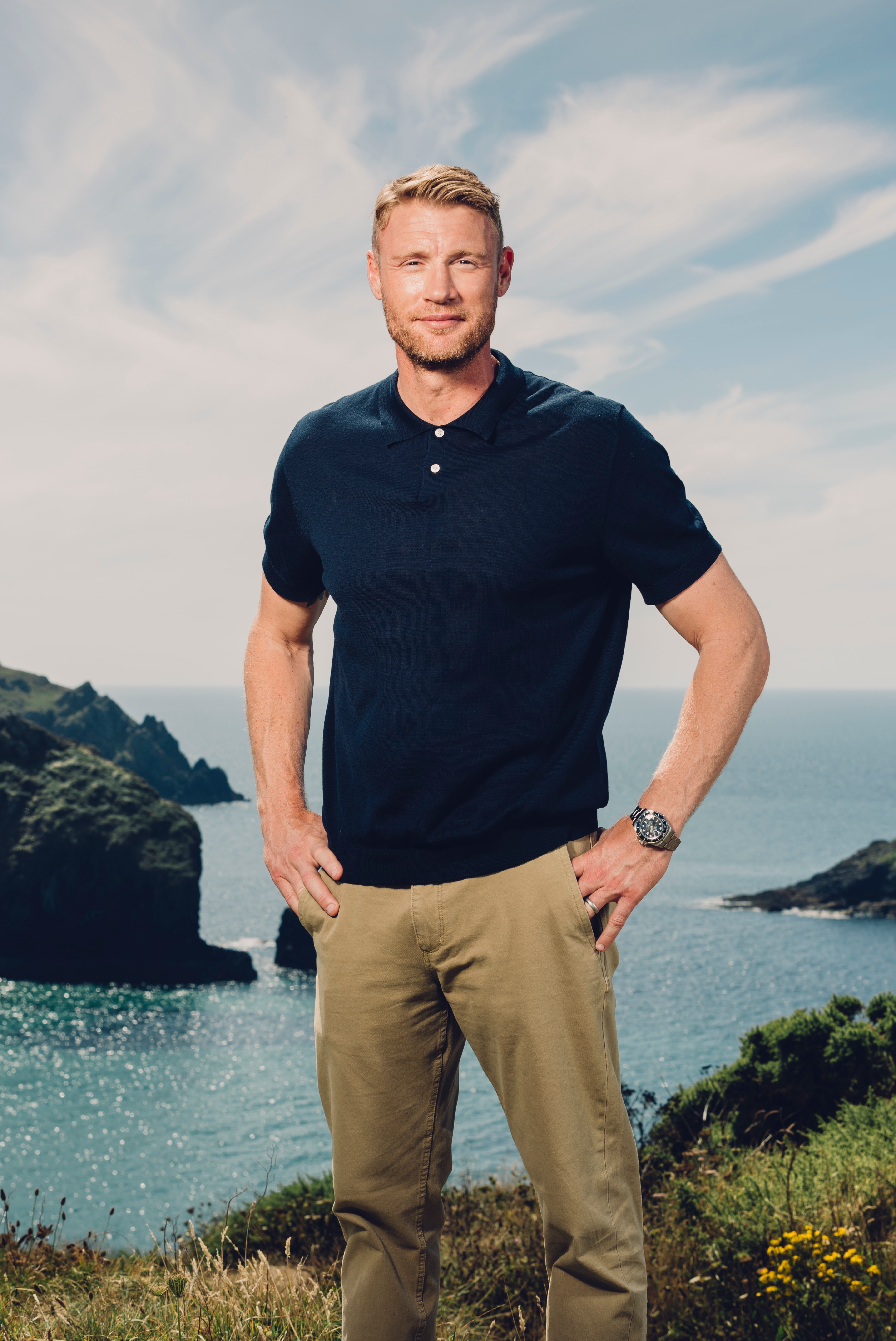 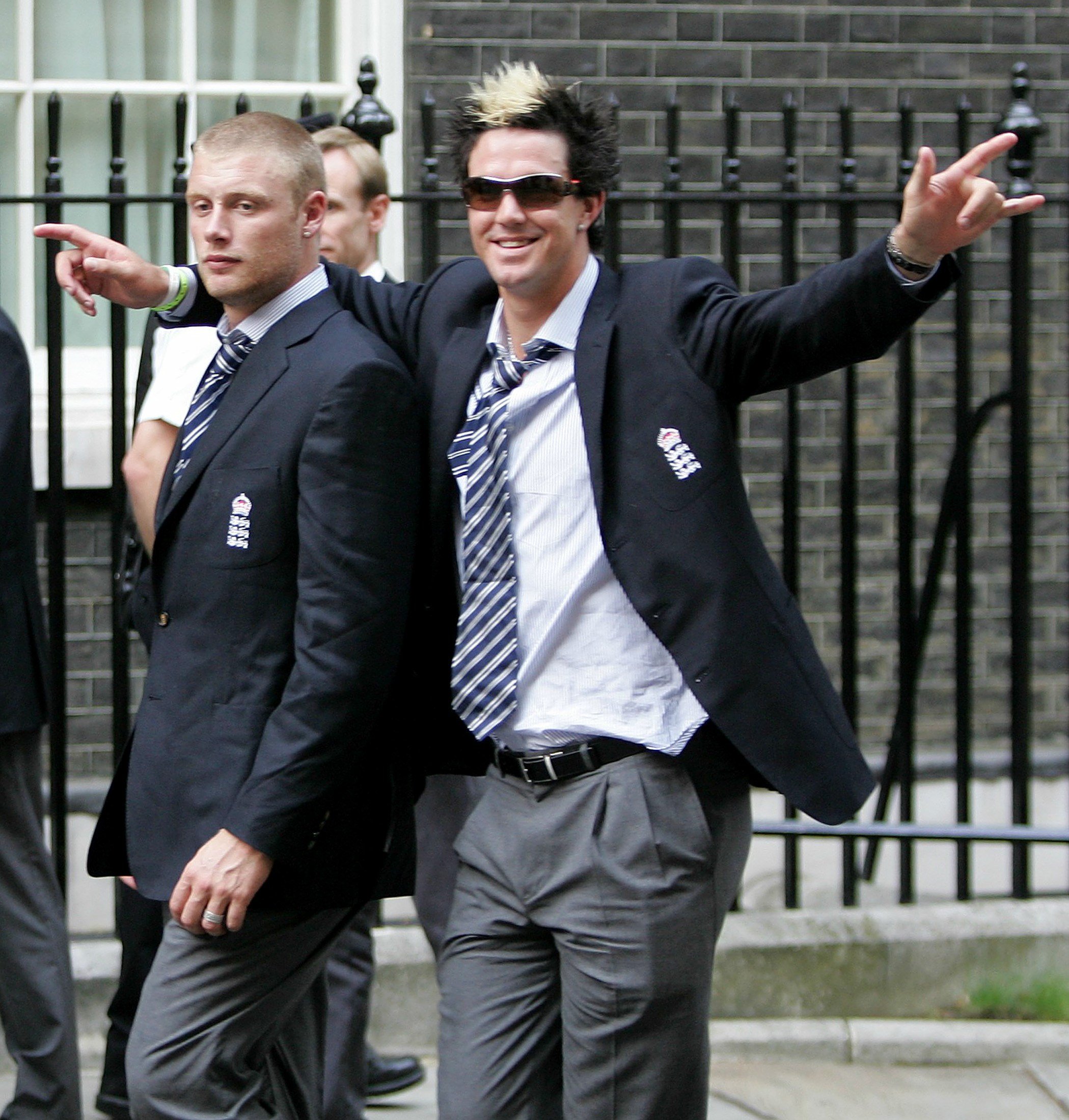 The Top Gear co-host wants to tackle Strictly Come Dancing . . .  but only with a male partner.

Former England cricket captain Freddie reckons veteran dancer-turned-judge Anton Du Beke, 55, would be ideal as he could easily throw him around and lift him in the ballroom and jitterbug routines.

"I reckon I could pick him up as well, no problem.”

The ex-cricket hero writes about his transition from sport to showbiz in new tome The Book Of Fred.

Freddie — real name Andrew but nicknamed because his surname is like cartoon character Fred Flintstone’s — also reveals the extra-ordinary end to his Test cricket career, which coincided with a wild night of drinking with rock bands Oasis and Kasabian.

Having battled ankle issues from 2004, which then led to knee pain, by 2009 he had serious bone damage after 14 years’ first-class cricket and 11 years playing for his country.

The talismatic all-rounder, famed for hostile fast-bowling and swash-buckling batting, delayed an op so he could play that summer’s Ashes series against Australia, but needed jabs to deal with the excruciating pain.

After triumphing at the first Test in Cardiff, he headed to London for a medical appointment the next day and called into The Landmark hotel for a quiet drink.

Though when he ran into Kasabian’s Serge Pizzorno and Tom Meighan, as well as Oasis, it turned into anything but.

Freddie, who has gone on to star in Sky One comedy sports panel show A League Of Their Own since 2010, recalls: “The night was certainly wild, like something you would imagine in the early Seventies with the Rolling Stones.

“Everyone was hammered, the staff were trying to calm it down, guests were complaining. Looking back, part of me was celebrating a great Test match and part wanted to forget about my knee and let off steam.”

After making it to bed at 6am, he had to drag himself to his knee appointment at 8am, stinking of booze. The doctor had devastating news.

Freddie needed an op straight away, and if he continued to play the rest of the Ashes his knee may never repair.

He recalls: “I was hammered and my career was ending.”

But he decided to finish the series and now believes the toll it took cut short his career by several years, because he retired from Test cricket that year and from other forms of the game in the following one.

Freddie admits he was a “competitive drinker” from the age of 17, when he first downed ten pints of Guinness on an early cricket tour.

He writes: “Drinking became another thing I had to be the best at.”

But he also worries “all the time” that it could have contributed to his early retirement, aged 31.

He was Man of the Series for England’s now legendary capturing of the 2005 Ashes, the first time they had won the biennial showdown with Australia since the 1986-87 series Down Under.

After drunken celebrations, he was pictured bleary-eyed with teammate Kevin Pietersen at a Downing Street victory reception.

He then won the Ashes again with England in 2009, in what was to be his swansong on the big stage.

Reflecting on his time with bat and ball, he says: “I always play down my career and say I’m not as good as others, but I am confident nobody could have done what I did.

"I was battling depression and bulimia, and was always injured. Who else could have achieved what I did with three serious issues stacked against them?

"I was either hangry — angry because I was hungry — or sometimes hungover.”

Last year, he spoke about battling an eating disorder throughout his cricket career in his BBC1 documentary Living With Bulimia.

The 6ft 4in star’s weight spiralled to 19st, and when he started to read hurtful comments he made himself sick as a way to take control.

But he admits that even getting down to less than 15st 7lb failed to make him happy and it was “an anti-climax”.

In his book he says he now has no eating problem and that during the lockdown got “addicted” to his Peloton exercise bike, which he says is “in itself a form of bulimia”.

Since realising his relationship with the bike was extreme, he has put some weight back on. But he says he is now both healthy and happy — largely due to quitting drinking.

"I was boozing to try to change the way I felt and that’s when it became a problem. If I latched on, I would get into drinking, and not just for one session. It would go on for weeks and that couldn’t continue.”

His main addiction now, he says, is buying Nike Air Jordan trainers, and his house is full of unworn shoes because if they get dirty “it will ruin my day”.

The reason he loves them is he could not afford fancy trainers during his modest childhood in Preston.

Now worth an estimated £15million, he also admits that while a till assistant in Woolworths as a teenager he would steal from the pick ’n’ mix.

He also “may have been involved in acquiring a PlayStation” for his pals and hard-up families. He describes his antics as “Robin Hood-style heroics looking after the poorer families of the North West”.

A LIMO WITH BEADLE

Freddie insists it was a “good deed” but he does feel he may have played a part in Woolworths going under in 2008.

He could never have imagined he would one day be invited to dinner with the Prime Minister, which happened in 2010 as David Cameron asked him, TV favourite James Corden and their wives to Downing Street. But Freddie recalls it as “f***ing weird”.

Cameron asked them all to call him Dave but talked the entire time to Corden — revealing he was a huge fan of his sitcom Gavin & Stacey, where James played Smithy.

Freddie says: “There he is, the PM, quoting Smithy.”

Freddie barely said a word — and had his head in his hands by the time Cameron was rolling out some well-rehearsed tales about Russian leader Vladimir Putin.

He adds: “It was so uncomfortable listening to David Cameron waffle on.

“Then, at about 10pm, he says, ‘Right, got a busy day tomorrow, we’ve all got to go’. We called it a night and I never heard from him again.”

The now former PM may not have impressed Freddie but other big names have.
Sir Elton John became a great friend, even playing at Freddie’s testimonial dinner in 2006, where the two duetted on Elton’s song Rocket Man.

Then there is movies great Sir Michael Caine, who collared him at The Ivy resaurant in London, to praise his cricket.

Starstruck, Freddie offered him tickets to a game at Lord’s the next day, to which the Italian Job actor replied: “Very kind of you but I only watch on television. Goodnight.”

But Freddie’s biggest hero is, unexpectedly, telly joker Jeremy Beadle — who he shared a limo with in 2007. He recalls: “It felt like being in the presence of greatness.”

As for being a celebrity himself, Freddie sees fame as a “horrible by-product” of success in the sporting arena.

But he does not see the atttention as entirely bad.

He writes: “I would be glossing over that it does work for me sometimes — like getting into a good restaurant.” 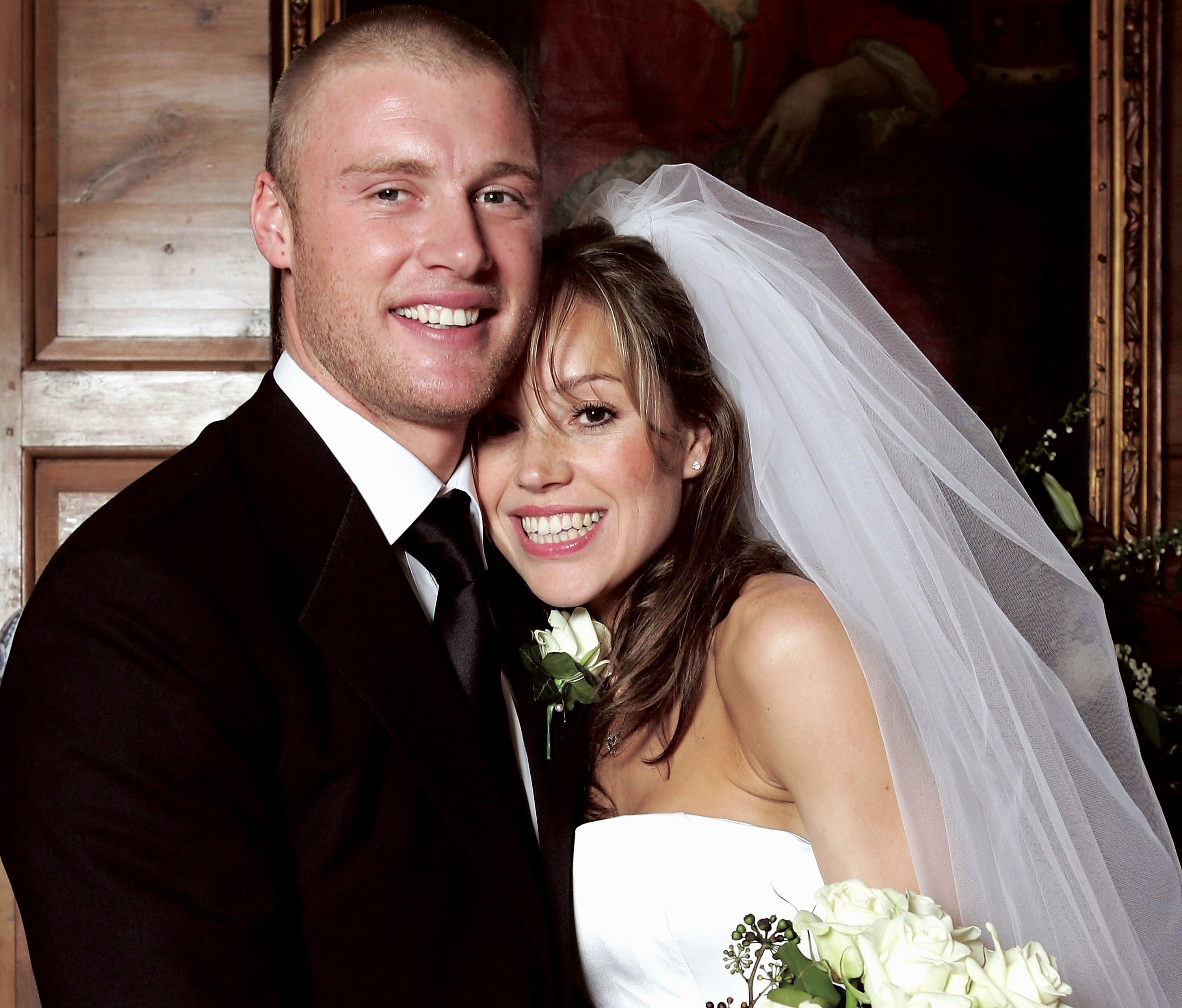 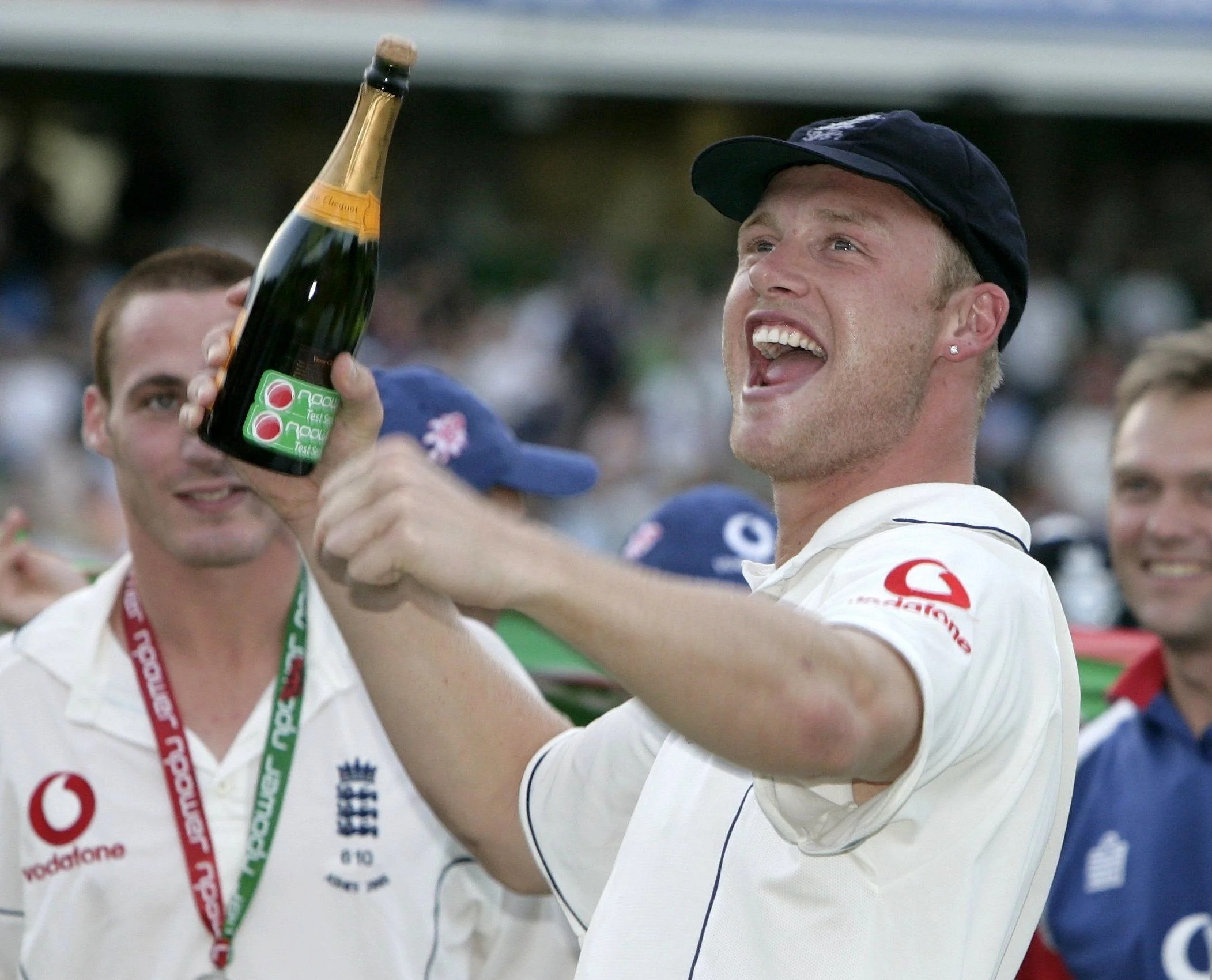